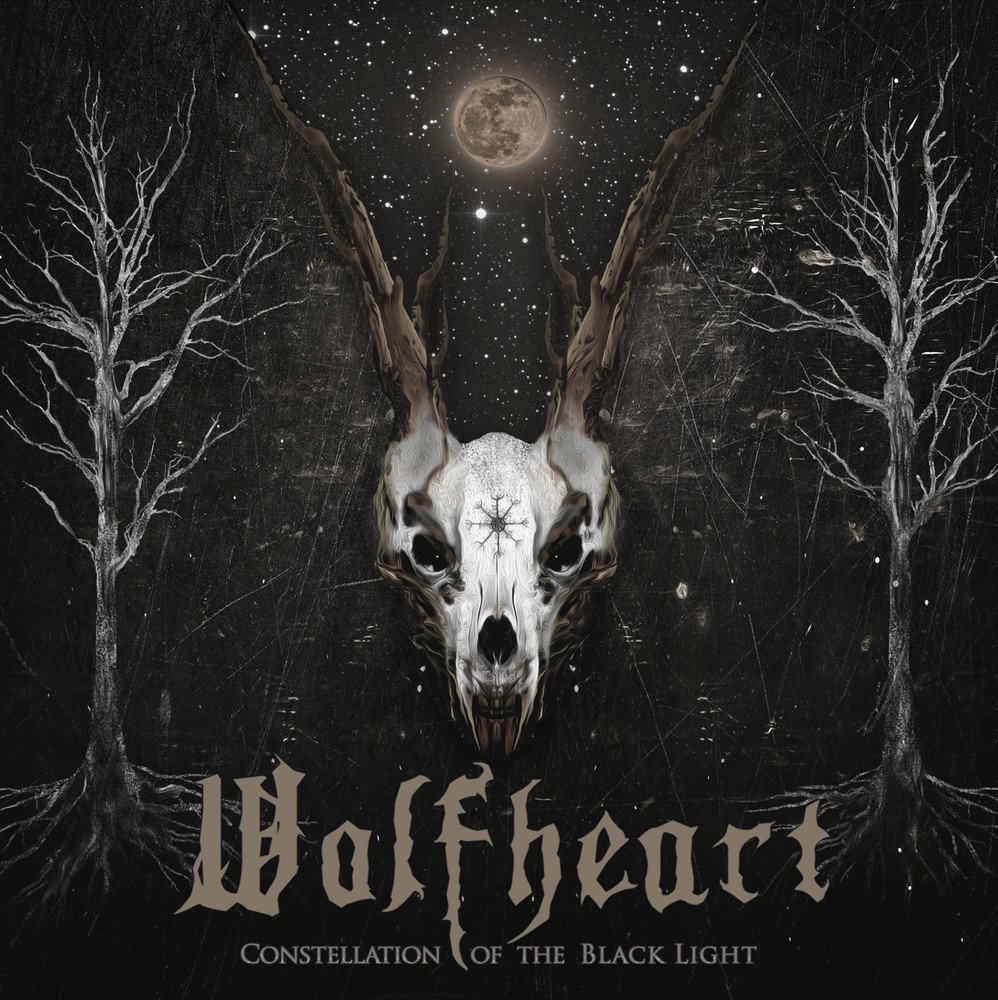 After a Summer in Europe that has been hotter than Hell on most days, the heralds of the fall have finally come. Nights are longer, leaves have started falling and temperatures has appreciably dropped. To much more bearable levels. The equinox has touched the Old World, a summoning of and to Inside. ‘Go inside and listen. Listen and you will find wonderful music, old and new, to be unleashed upon the world. If you are lucky, its before the first signs of frostbite start showing’. So, a new Wolfheart album! But what’s up with those synths?!

Not being a man to exhibit idle hands, Tuomas Saukkonens Wolfheart will release its fourth album Constellation of the Black Light by the end of this month (28th of September, Napalm Records). After disbanding all his former bands and projects (e.g. Before the Dawn, Black Sun Aeon, Dawn of Solace) and forming Wolfheart, Tuomas has been steadily putting out an album roughly every 2 years since 2013. Initially as a solo project, Wolfheart now has three permanent members besides Tuomas (Lauri Silvonen, Joonas Kauppinen and Mika Lammasaari).

Although veering a bit away clean of the truly deep melancholic and depressive symphonies heard and vocalized at Before the Dawn, Wolfheart is still very much infused with snow, cold, darkness and general soul gloom. A bit heavier, a bit faster, less clean vocals and a well measured amount of more up-tune melodies, the music of Wolfheart can be put down as the (slightly) happier and younger brother in a family of otherwise melancholic and cynical siblings.

Constellation is many ways no different than the previous albums (Winterborn – 2013; Shadow World – 2015 and TYHJYYS – 2017). Flawless Finnish guitar work, loaded with riffs that hook and hardly let go. Catchy yet melancholic, a bit like Finland itself. With drums thundering not unlike Canadian ice road truckers through an otherwise cold and bleak atmosphere, it is easier to headbang while listening than no to do so. The many layers versus the easy listening make Wolfheart something that does not leave my weekly playlist easily. Tuomas’ vocals, a mix of (semi)clean growls, are perhaps one of the better examples of in-your-face, long breath and powerful Finnish grunts.

A good portion of speed is found on Breakwater, with its hurried and race-pace blast beats. Although a bit formulaic perhaps, with the mandatory solo/riffing part towards the end, the song still screams the aesthetic composition skills of a band true to Finnish melo-death sound. The Saw has an eerie, horroresque feeling of dealing with personal wrath by cutting things (dead or alive) with a rusty and blunt – if molar decorated – saw. Closing but never resting is Valkyrie, in which perhaps the best balance between guitars and synth is struck in the solo at about 03:40.

And that is where I have something against the album, even though I am mostly a fan of Saukkonens work(s). The apparent shift to more synth sounds, at the loss of minimalist piano pieces. Instead of choosing the ‘less is more’ approach, Wolfheart decides to make things more extravagant. The otherwise beautiful non-distorted guitar intro – with some very well placed dissonant notes – of Everlasting Fall is so heavy on (too happy) synths, it could have a been a Nightwish song. That itself is not a bad thing – although cheesy to say the very least – but it is at large odds with the music and theme of the rest of the song. More successfully mixed is Warfare, although still too heavy on the synths. The fade-out used here at the end only helps to strengthen this effect, which I would rather do without.

Still, I do like Constellation. A lot actually. Like the other releases, the music grows on you. Despite the easy listening aspect, the multitude of layered melody offer something to return to. And, irrespective of the aforementioned ‘cheese factor’, the music is damn well composed and strikes a chord in these darkening and soon-to-be-colder days.