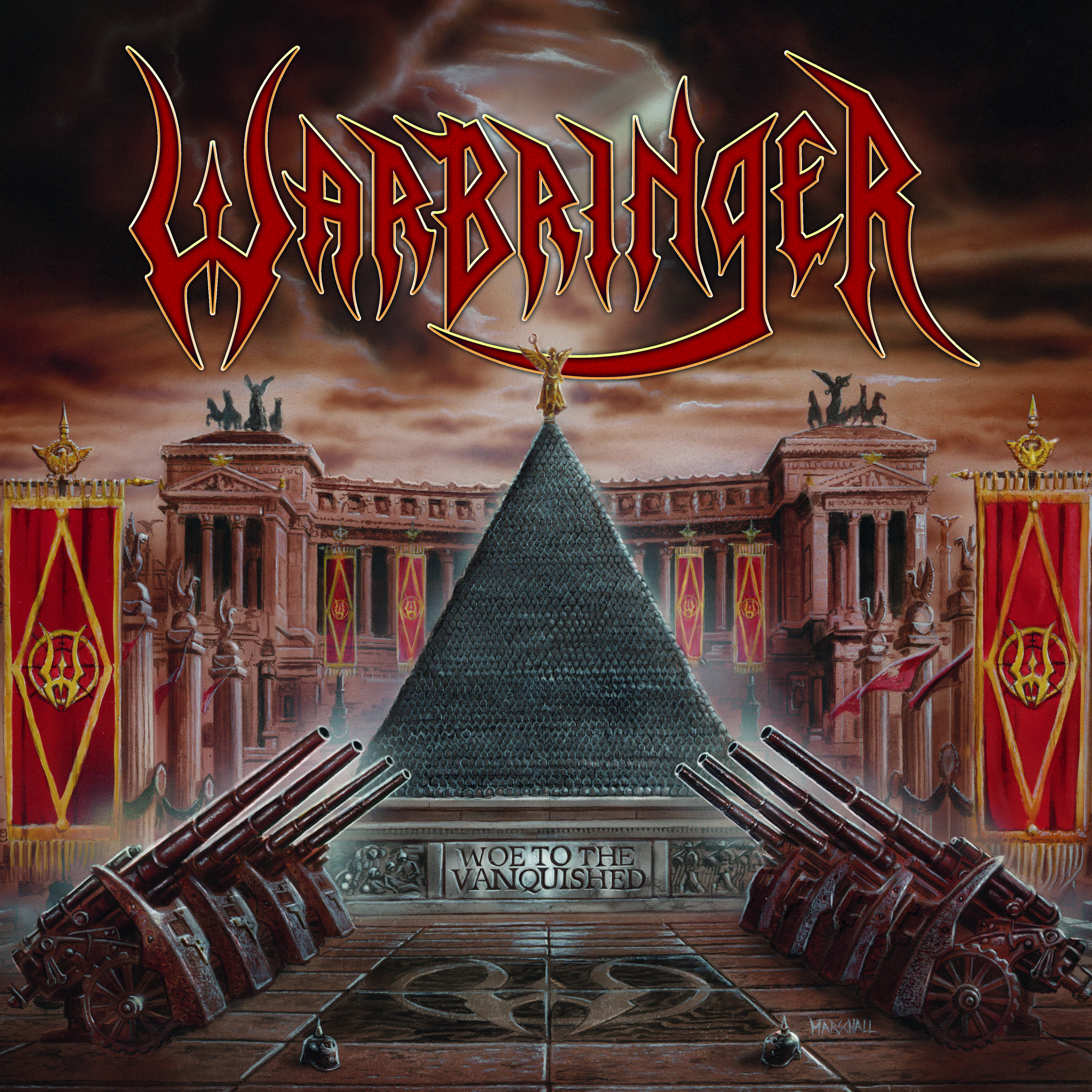 To my confession, I don’t listen much Thrash metal at home. Live shows on the other hand are another story. It’s one of the best genres to watch when played live and I’ve seen Warbringer quite some times on the stage. Therefor I was thrilled to listen to their new album because I was sure it wouldn’t disappoint.

Woe To The Vanquished kicks off with the pure Thrash song Silhouettes. It’s fast, it’s violent and it’s in your face; and because I recently got extremely hooked on television series ‘The 100’, lyric wise the song is also lifted up to another dimension for me.

Title song Woe To The Vanquished was promised to be one of the highlights on the album, but I don’t think it stands out much. It certainly isn’t a bad song or an album filler, because the song is quite decent and especially the vocals stand out; but it feels a little as if the band could have gotten more out of it and they are holding back a little.

The vocals don’t just stand out on the title song but they stand out on the entire album. The fact that John Kevill his voice really is what makes Warbringer their sound so recognizable, is proven once again on this album. He is leading from the beginning until almost the end, supported by fast and angry riffs.

Remain Violent is probably my favorite song on this album (together with When The guns Fell Silent). It’s very up tempo, very easy going and almost catchy, yet not a simple song. The balance between the vocals and the instruments is great and it makes me want to dive into a moship…… me….in a moshpit.. haha!

Other favorites are previous mentioned Silhouettes, Shellfire and Divinity Of Flesh with its tempo changes, great guitar work, ongoing drums and a little experimental feeling.al
Speaking about experimenting, we have to talk about the last song on the album: When The Guns Fell Silent, because it is a stranger in our midst. This 11 minute piece for sure doesn’t sound like anything you are used to when it comes to Warbringer, and would fit better on the latest Behemoth album. The overall sound is very (post)Black Metal and if it wasn’t for Kevill his voice you wouldn’t have guessed this is Warbringer when you heard it for the first time and nobody told you.
Personally I really love the song. It is an epic master piece, but I guess the diehard Warbringer fan really has to get used to it. The song mainly is slow and lingers on in a steady pace for over six minutes until the tempo goes up a little for a just a bit; only to be ended with Kevill his piercing cries in a very Dark Fortress kind of way.

It took them a few more years than we are used to, and quite some lineup changes, but Warbringer finally delivered us with their fifth full length ‘Woe To The Vanquished’ yet another masterpiece. The thrashers from California have given us an album in the line of expectations but also surprise us with some great experiments on the album. I would recommend them to continue this way because they are taking Thrah Metal to a higher level with Woe To The Vanquished.