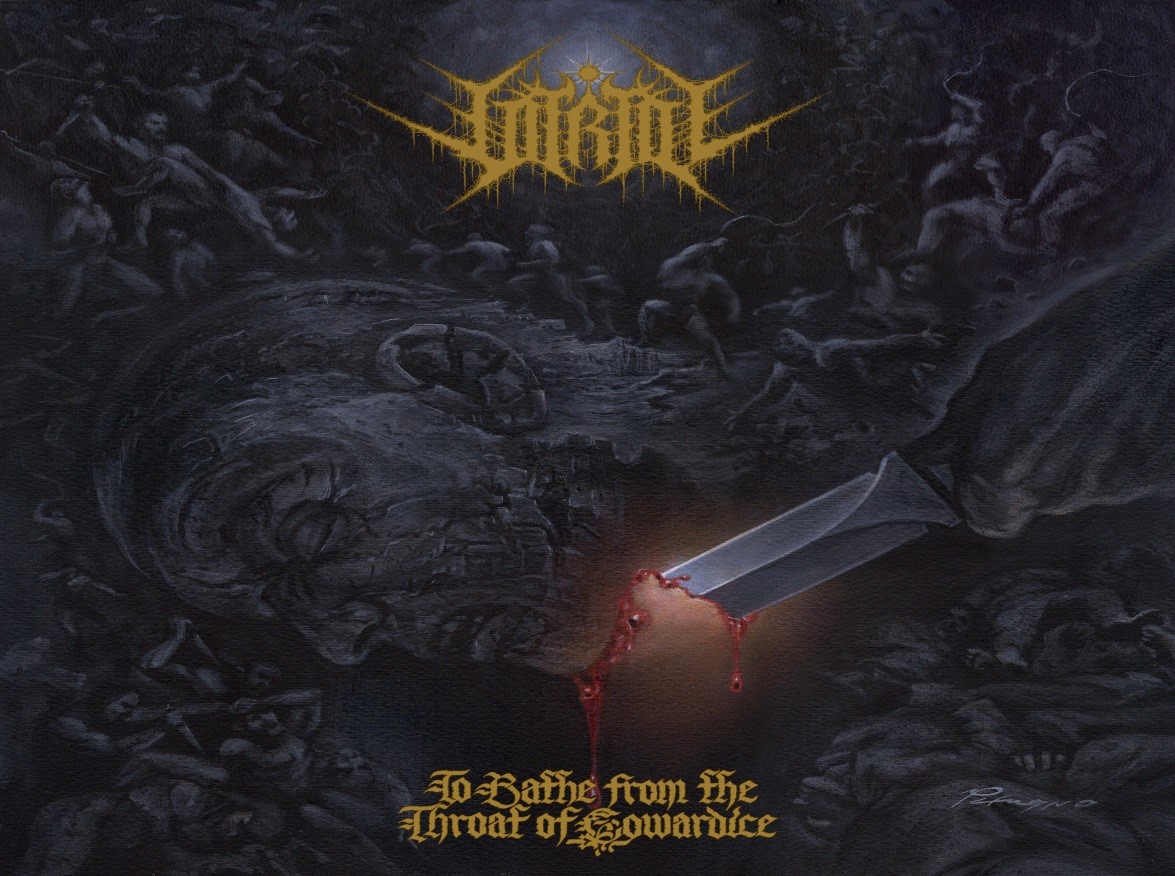 Vitriol. The name itself could be an appropriate descriptor for the inhumane aura that the band so eloquently (or not so eloquently) produces. Bursting on the scene in 2017 with their debut EP “Pain Will Define Their Death” On Everlasting Spew Records, Portland Oregon’s (US) Vitriol has been generating some major waves in the death metal community. One of the best qualities of the band, in my humble opinion, is that they have set no musical boundaries for themselves. They seem to draw influence from several different genres and inspirations to help them compose their very original style of death metal, there is simply no rules when it comes to their writing. That does not mean unorganized chaos; however, there is a method to the madness here. Vitriol’s approach to modern day death metal is very refreshing, seeable in their live performances and play through videos circulating the internet; their passion and aggression are very evident. Every player in the band seems to be exceptionally advanced in their instrument and are able to play technically, as well as melodically, whenever they see fit.

Vitriol’s most recent release, To Bathe from the Throat of Cowardice, released on Century Media Records, is a 44 minute assault on the senses with very clearly defined ups and downs, emotionally, lyrically and musically. Song structures flow seamlessly yet are unpredictable and easily keep the listener engaged. I feel that it is impossible to become bored during the span of this album. To Bathe from the Throat of Cowardice combines speed, technicality, darkness and a very passionate (and audible) duel vocal attack by guitarist Kyle Rasmussen and bassist Adam Roethlisberger. All these qualities melded together to forge what in my mind, is an album that is at the forefront of a new and inspiring future for modern death metal.

One of my personal favorites from to bathe From the Throat of Cowardice is “Hive Lungs”. This particular track has so much texture and really displays Vitriols ability to convey a dark atmosphere through an onslaught of speed and brutality. About half way through the tune, Kyle Rasmussen breaks into a somewhat melodic solo that eventually shifts into complete shred –mode all while complementing the dark aura of the rhythm being played behind. Vitriols ability to layer these types of textures together really complements their style of writing.

One of the more groovy songs on this album is “Crowned in Retaliation”. This tune starts out as a true head banger and will get any crowd into full windmill mode. This song really evokes a sense of brooding rage building towards the listener and tends to battle between that brooding rage and madness all while maintaining an almost blackend atmosphere; again, you gotta’ love the writing style of this band.

The third song I would like to touch on is probably my favorite Vitriol song and is probably their most recognizable tune, “The Parting of a Neck”. Without getting into too much detail surrounding the lyrical theme, Vitriol has done their research and this song could be considered to one as a song of advocacy, very respectable. This is the song that had introduced me to the monster that is Vitriol. For me, “The Parting of a Neck” is a culmination of their skill, passion, disregard for the status quo and the diversity of their writing. When I hear those one-footed hi-hat accented blast beats of drummer Scott Walker, during the solo section, I get chills.

In summation, “To Bathe from the Throat of Cowardice” is a force to be reckoned with, as it is a breed of its own. I would recommend this album to any death metal fan, but more importantly, open mined death metal fans that maybe haven’t found something new that they appreciate in quite some time. I truly hope Vitriol continues to makes the leaps and bounds they are currently making so that they my forge their way into death metal supremacy. Can’t wait to catch them on the road!