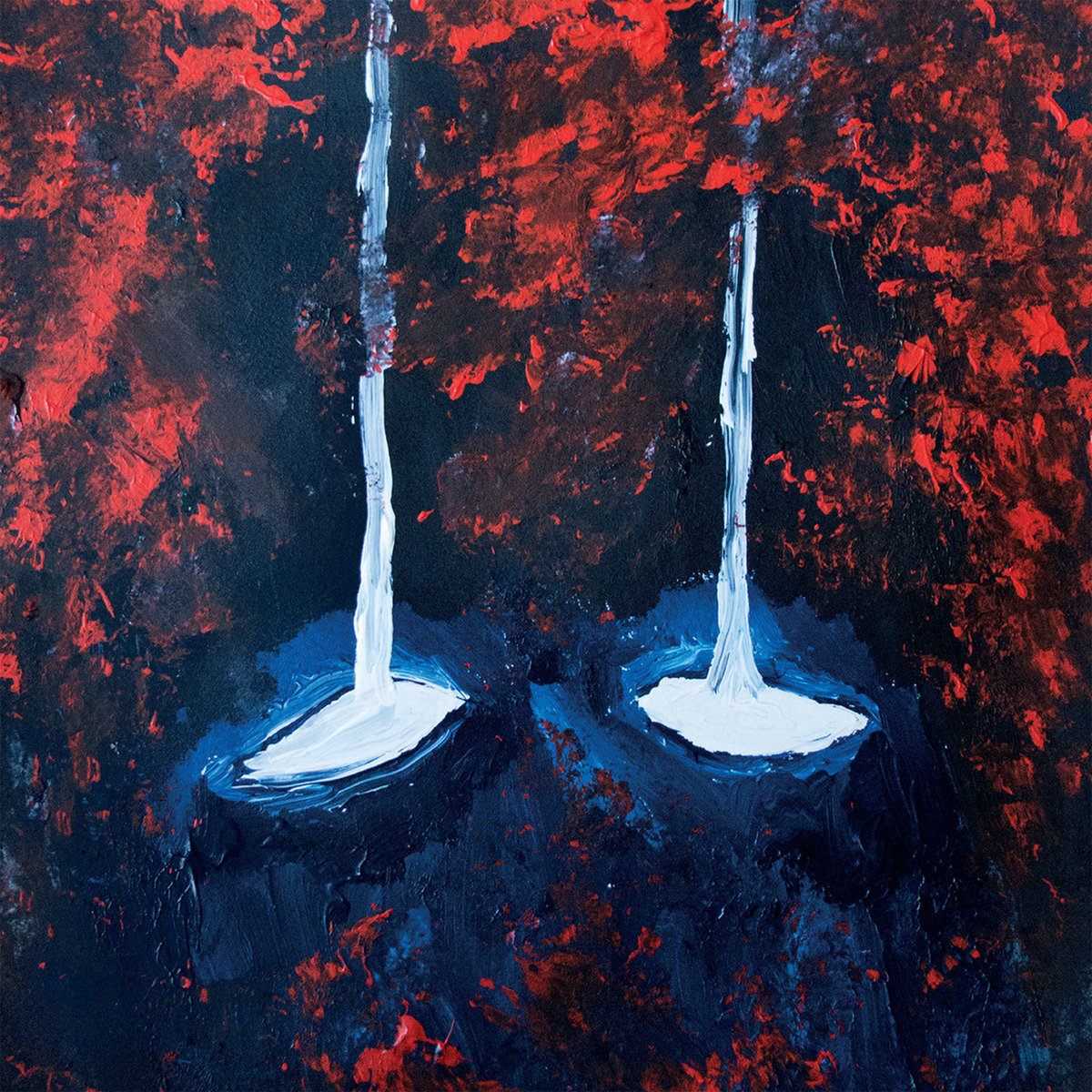 Utrecht seems to be fruitful in spewing out top-shelf black metal and one-man-project Verwoed can be put right in that category. His latest release ‘De Val’ saw the light on May 23rd this year. Although one could ask himself after listening if there is any light at all, or if there is only the vast darkness to immerse yourself in.
The creator of this dimensionless, destructive and misantropic 32 minute listen is Erik B.
Coming into existence as Woudloper and transforming into Verwoed in 2015 this is his first full-length album.
Recorded, mixed and mastered by JB van der Wal (who plays bass at Verwoed’s live performances) and released on vinyl through Argento Records. Artwork by Joost Vervoort (Terzij de Horde).

The opening track ‘De val’ gives you 55 seconds to drag yourself to the edge of the abyss and drop your soul in it. Changing back and forth into erratic bursts of black metal covered in a feverish veil of dissonance which make you doubt your sanity, the layers in the slower, more ambient parts give you some time to breathe. B.’s vocals echo, almost in a non-human way, into the depth. His tenebrous voice sounds like the feeling that you’re running into walls that have no end, like searching for solace but knowing there is only torment,like there is no light at the end of the tunnel. And find comfort in it.
These shifting, hypnotic, all-consuming waves of sound pull you in and drag you with them for the remainder of the album until the clean vocals of Ryanne van Dorst (Dool) make you regain some sort of consciousness. A gentle end of the tiring journey leading you further and further away from the light.

This time it is impossible for me to name my favourite song on the album. The songs all feel interwoven to me and while I can understand the different chapters of the album I’d rather call the whole album in itself my favourite song.