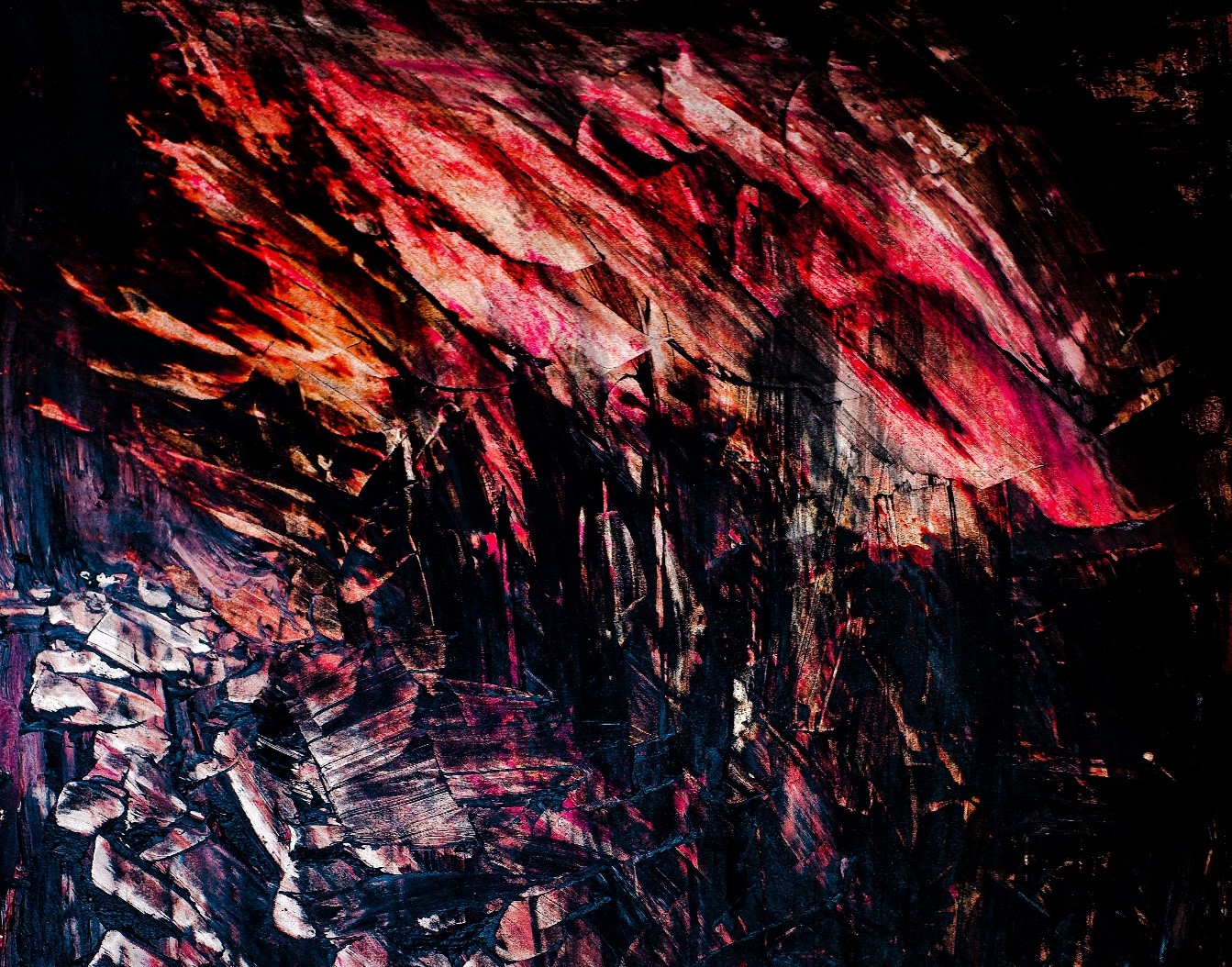 Dancing across a melancholy horizon at the height of such strange times, Dutch black metal outfit Verval bring us a raw atmospheric experience that is certain to plunge the listener into a dark abyss with no hope of reprisal. Verval is no newcomer to the scene with their formation in 2014 and first full length and debut album, Wederkeer recorded in 2015 and 2016 released with Canada’s Tour de Guard. Verval is composed of W. Damiaen (Laster, Willoos) handling the percussive duties and R. Schmidt (Wesenwille) carrying out bass, cello, guitars and vocals.

Vervals July EP entitled, Beeldenstorm, comes out of the gates shredding with a very raw sound combined with a very carrying blast beat to let the listener become acquainted with the bleak, yet at times frantic, sound that Verval portrays. Along with these traditional black metal-esque chords comes a beautiful melodic tremolo picking almost reminiscent to me of Kampfar without a Norse influence. These melodies really tend to stand out on Beeldenstorm for me and provide texture that helps them step away from some of the more desolate pieces. This balance creates a bit of a journey for the listener and aides to the atmosphere that is being harnessed. Some might even say that there is an Icelandic influence here that conveys the balance of the beauty and destructiveness that nature in itself has to offer.

While Verval is not ‘recreating the wheel’ of black metal per se, there is something to be said about their ability to build an atmosphere and create those moments of sorrow and moments of hope musically. For me, these are important elements when immersing myself into atmospheric music of any kind. As pointed out above, the tremolo melodies being played on guitar are fantastic and this EP leaves me wanting more of them personally. Even though this can be described as raw black metal, I find the production to be spot on. Every instrument is very audible and clean yet not “polished” like we hear so often these days. Atmospheric black metal needs to be organic, and that’s what we have here.

Another note that must be mentioned here is Vervals choice in album art. Beeldenstorm features two original paintings by Dutch artist Joost Vervoort that were specifically created for the album. On previous release Wederkeer, Verval also commissioned Jeff Grimal for a painting for the album. I think this a great move; to transcend the sonic vision of the album into an optic vision.
As for now, Verval will most likely remain a studio project but as they have had live experiences with this project in the past, it is possible that they may once again perform live. I would keep a watchful eye on Verval, they are onto something here.