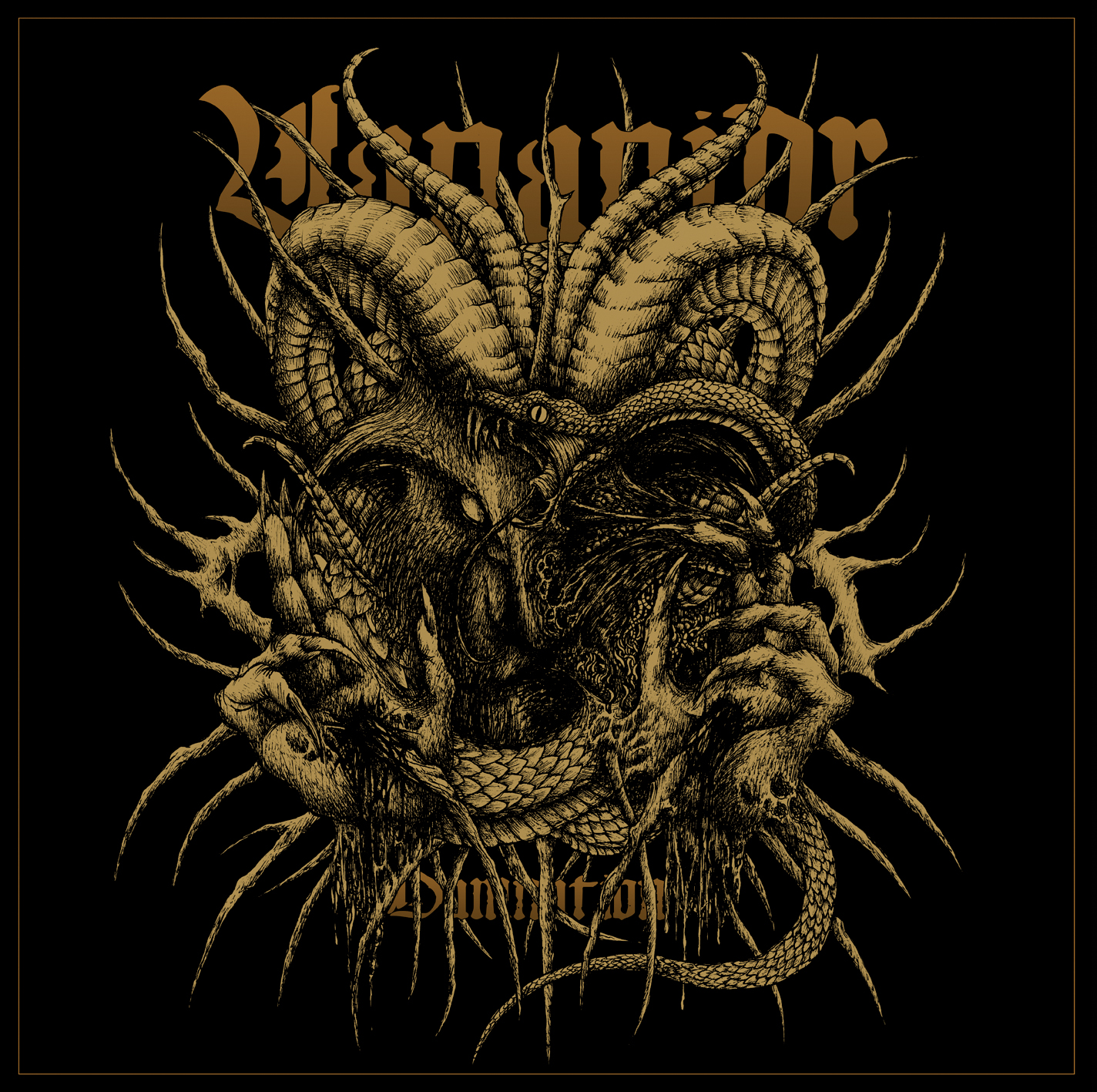 Releasing a bunch of full length albums since existing under their current name, Vananidr starts the year with presenting their third album within a year time: ‘Damnation’.
This Swedish band has quite a turbulent history and names changes (you might have heard of them by the names Hydra or Synodus Horrenda) and line-up changes, and once again, on Damnation they present a new line up. Steady factor thorough all these years is vocalist and guitarist Anders, who joined the band in the early years and is the only remaining original member, and by now, also the composer of the band’s music.

Listening to it, I immediately was pleasantly surprised. Clearly being a part of the second wave of black metal, it is hard to stand out. Many band stick to the ‘successful’ concept of endless blast beats, and albums become one big collection of them.
It’s impossible though to go around the phenomenal blast beast on Damnation as well, because new addition to the band Ljusebring truly is a beast. When pressing play you’ll immediately get hit by a wall of them, because opener Distilled is one of the faster songs on the album. Yet this sound doesn’t define the album, quite the opposite. What makes it outstanding to many others in the genre, is Vananidr’s capability to add enough variation to and thorough their songs. Second song and title track Damnation already slows the album down, as does Tides Of Blood. The mix of up tempo and medium/slow tempo riffs makes that you’ll keep your senses stimulated and teased. If you’re looking for the more ‘classic’ sound, Hunter probably will be one of your favourites; it provides a mix of all of the above.

A must mention as well is Reflection. This song is going every direction, in a positive way. It’s dynamic, all over the place, but very well put together. The collaboration between all instruments and music lines is great and it’s one of the best songs on the album.
The album ends with Void; the melodramatic slow paced song gives a true ‘ending’ feeling. The vocals on this song, as well as some other parts of the album, could have been a little more raw or dark, yet the guitar play truly stands out.

To conclude, Vananidr has put together a decent album. They stick to their style but don’t step into the trap of repeating what has been done so many times already.
The variation in the songs and tempo is what makes the album most interesting and is what is keeping the listener triggered.