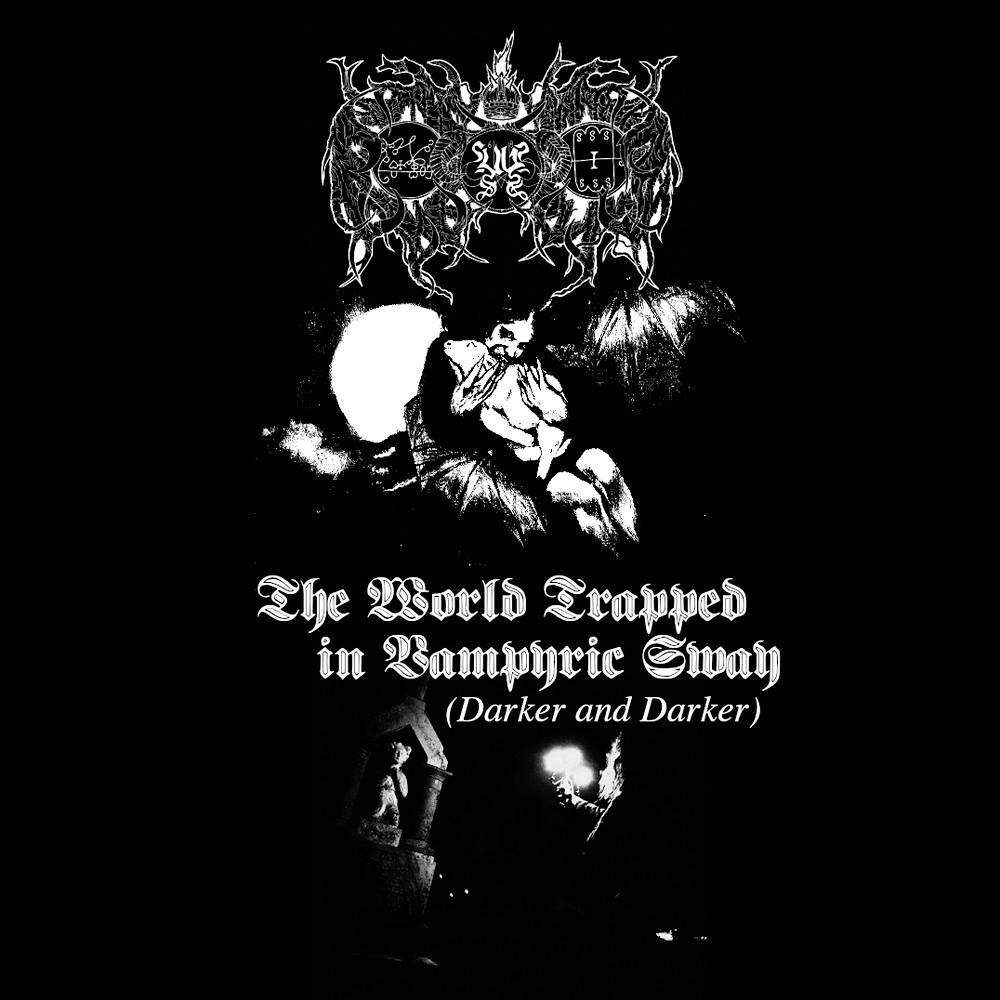 If you combine Black Metal and the theme vampire immediately Cradle of Filth and Abyssos pop up in my devious brain. But let me tell you: Unholy Vampyric Slaughter Sect is of an entirely different breed.
Musically it is a raw, nihilistic, non-comprising, full in your face type of Black Metal. And with “The World Trapped in Vampyric Sway (Darker and Darker)” master-mind Kane is already up to its third full length. Although, the term full length is a little bit stretched…

Musically it reminds me a lot of Sammath. But thematically “The World Trapped” is an entirely different thing because Unholy Vampyric Slaughter Sect isn’t dealing with topics such as war. What they have in common is the fact that both acts have a big intensity. Just listen to the first track. After a satanic sample “To Love” bursts in fangs and flames terrorising your ears with harsh guitar riffs, maniacal screams and battering drum(computer). Follow up “Pummeled Flesh in the Mouth of A Virgin” and “Forced Genuflection on Adoring Gored Knees” are short but intense blood bowls of aggressivity, where the mid-section is sample fuelled before slowly transforming in a fangry monster again.

Although I like the aggressivity displayed on this album the way the songs are composed are almost exactly the same. With that I mean: intro, aggressive riffs, an ambient/sample driven middle part and then an aggressive ending. Welcome exception is the last song named “And I shall come to thee as an Iron Wolf”. On this song the end isn’t fast paced, rather haunting. And there you have my favourite song of this album because it sees to it that there is some dire needed variation.

All together, “The World Trapped in Vampyric Sway (Darker and Darker)” is a harsh and vile piece of work.
The primitive production suits this raw type of Black Metal well. And with a duration under twenty five minutes it is a very short album. That said, the intensity of this album makes well for it. If you want it raw and harsh…Unholy Vampyric Slaughter Sect is your man. Ehhh, vampyre I mean.