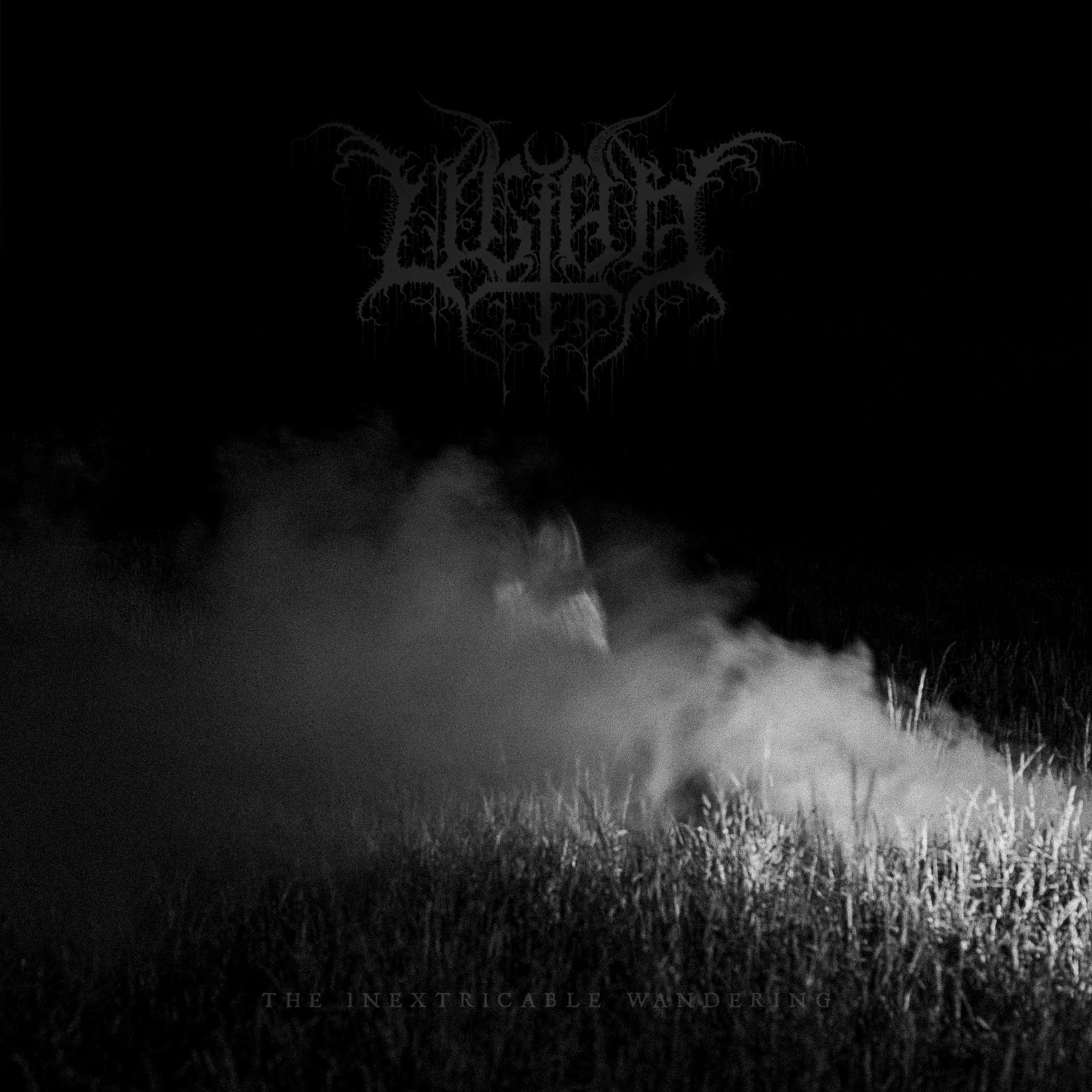 With the coming of autumn, even more releases pile up like autumn leaves on the ground: Behemoth’s barks are decent, Vreid‘s strongest to date, Helrunar‘s gaze into nothingess, A Forest of Stars‘ horromantic work. While summing(oning) up these outputs, and not having included other subgenres, yours truly realises the year list needs some pondering still.

Some of the albums above will end up on that list (fact) but so far the feeling of having found that instant, jaw dropping, annihilating all else, has not really been there. Until now, as it seems that the release of German black metallers Ultha, is closing in on that spot. Their new offering has not escaped any sound system I could find recently: work, home, car, on repeat. An ‘X’ amount of spins of ‘The Inextricable Wandering’ further and that feeling has remained.

The Cologne based band are releasing their third full length on Century Media, at the start of October. Opening track “The Avarist (Eyes Of A Tragedy)” sets the overall mood for the album (but trust me, there is a lot more diversity here) with a heavy, mid-tempo black metal track. Interestingly enough, this first single turns out to the least remarkable compared to the other tunes (mind you, still not bad in at all). The song is dense and immersive, and hardly gives you a moment to breathe. The muffled riffs and forlorn vocals add to that effect. A great introduction to what is to come.

A bit unexpected is “There Is No Love, High Up In The Gallows,” with a musical influence you do not come across to often anymore. The song fully exists of eery, ambient synths. Enslaved’s “Frost“ (intro) comes to mind, as well as many works of atmospheric metallers Lustre (A Glimpse of Glory) and a Polish band I shall not name. Some may feel it is out of place, to me, this celestial soundscape seamlessly fits the concept of wandering.

With the raw “Cyanide Lips,” the listener crashes into cold reality again, only to drift off with “We Only Speak In Darkness” afterwards. Again quite surprising, this tune is smooth and a little bit reminiscent of the goth wave in metal (Type O Negative influenced? Possibly). The clean vocals sound velvety, a sinister mood clings to the song and the groove makes it accessible. Especially memorable are the last sentences, called out with an air of despair that can really only impress you.

The masterpiece of ‘The Inextricable Wandering’ is “I’m Afraid To Follow You There”. It perfectly builds tension by slowly starting with icy, reverberating guitars, drum fills and the recurring dungeony synths. The tempo picks up in with surge of aggressive riffs, clouded by the impenetrable, ominous mood that this album carries. You’re in for 18 minutes of black metal galore, varying from what is written above to dissonance and a blackgaze, melancholic misery that fades away in the last seconds. The song never looses its main thread, which is always a risk with a long spanning track.

It might be clear already, but ‘The Inextricable Wandering’ is going to end up high in my top (black) metal albums of 2018. Ultha show a strong skill in song writing, borrowing from several corners of the genre (and beyond) and creating a stellar piece of music with it.