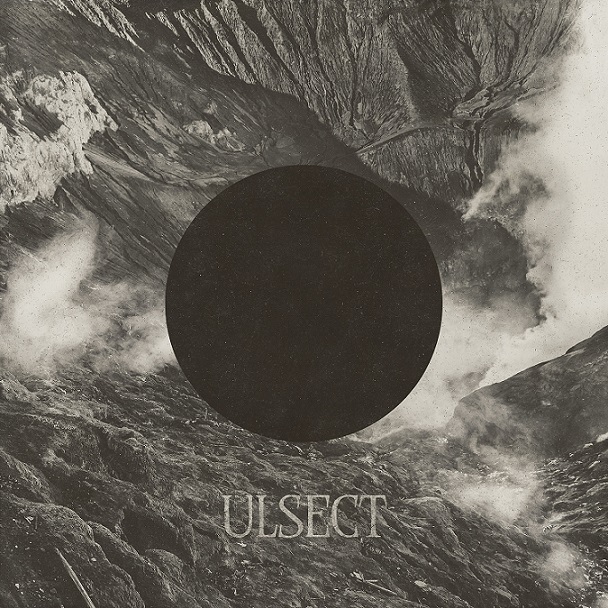 Late as usual, I bring you the review of the debut album of Ulsect, released on the 12th of May 2017. If you haven’t heard of them by now, you are definitely on the wrong train.

With (ex-) members of Dodecahedron and Textures, this is not just another death metal band. These seasoned travellers in the metal world know what they are doing. Even though you can hear influences of aforementioned bands, they distinguish themselves with a sound that stands on its own. The vicious, dissonant guitar riffs, the ominous growls, the superb drumming and the bass guitar that just keeps pulling you under makes it feel like you’re in a dystopian setting and no, there is no light at the end of the tunnel. Therefore it is not a surprise this band has been signed on by Seasons of Mist.

From “Fall to Depravity” up until “Maunder” the songs amalgamate like mercury and gold. The eerie, doomy ambience of the slower parts in the songs make for clenching fists awaiting release from built up pressure. Immediately after singer Dennis Maas opens his mouth to release uncompromising and relentless fury, you open those fists and get sucked in that black hole that is displayed on the artwork of their album cover.

After hearing them play on two of the three live shows they have given so far, I can tell you this is a force to be reckoned with. The energy that resonates from the stage is not one you see every day, and it is definitely adding to the impressive, crushing sound on the album. They have been confirmed for the following show, I urge you to go and see them at Soulcrusher II – Doornroosje,Nijmegen .