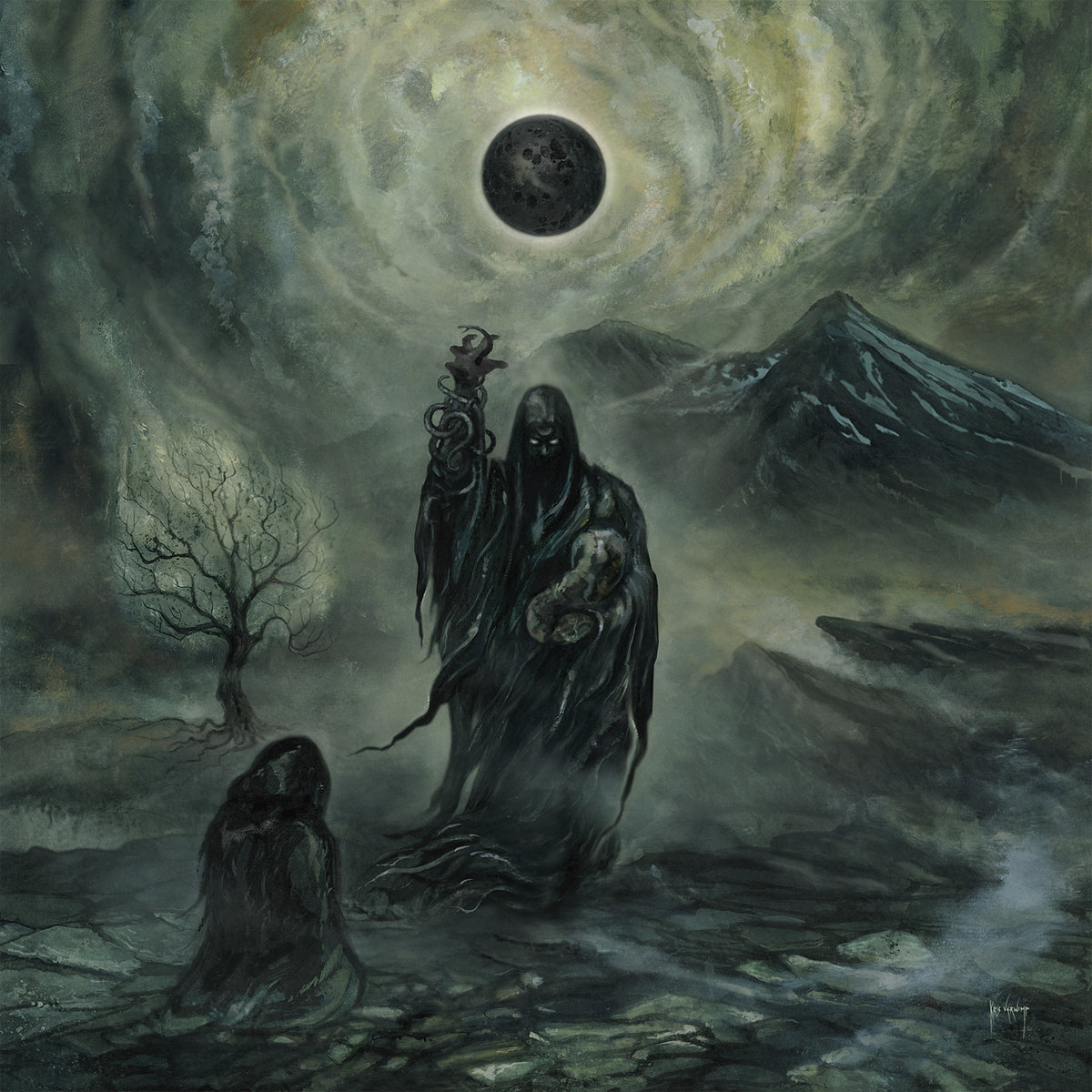 After being impressed by Uada’s debut Devoid Of Light and having experienced some excellent live performances, the follow up album of American blacksters Cult Of A Dying Sun is now playing its tunes on my media player.

Despite the fact that this band originates from America, Uada’s musical roots are firmly set in the Scandinavian Black Metal sound of the nineties. Think of Dissection and a pinch of (Polish) MGLA among others. Raw, aggressive yet melodic sounds accompanied with a dark atmosphere is being offered on this album. To make things complete even the album cover is made by Kris Verwimp, which was responsible for covers of albums from Immortal and Marduk in the past. Hardly original is it? But hey, does it matter when it is executed with such excellence?

With opener ‘The Purging Fire you’, will get a solid impression of what Uada is all about. Great powerful guitar riffs, pounding drums, a defined bass sound creates a venomous, enthralling yet dark atmosphere. The way the tension is build up in ‘Snakes and Vultures,’ and the doomy title track ‘Cult Of A Dying Sun’, keeps me on the edge of my seat.

Luckily, you have some time to rest your ears, and probably your head as well, during ‘The Wanderer,’ where (solo) guitar, djembe and chanting voice makes you go in a ritualistic trance like state. Smart move because this gives the follow up ‘Blood Sand Ash,’ a big boost of aggressiveness and power which immediately wakes you from your short slumber.

Most of the songs are quite long. Final track ‘Mirror,’s, which has a very sober yet atmospheric piano outro, has duration of even more than ten minutes. In most cases my attention will weaken with long tracks. Luckily, Uada does not get tedious at all because of the permanent building of tension. You will reach the last track before you know it.

I can only conclude that Cult Of A Dying Sun is a worthy predecessor of Uada’s debut. Nothing new under the (dying) sun but a solid, well produced, album with loads of atmosphere which see to it that all tracks are enjoyable the entire ride. You can hear that a lot of effort is made on making a high quality, well produced,yet raw album. Mission accomplished I say, and I find myself playing this album over and over.

If you are a fan of some good old fashioned Black Metal give Cult Of A Dying Sun a chance. You won’t be disappointed. I assure you.