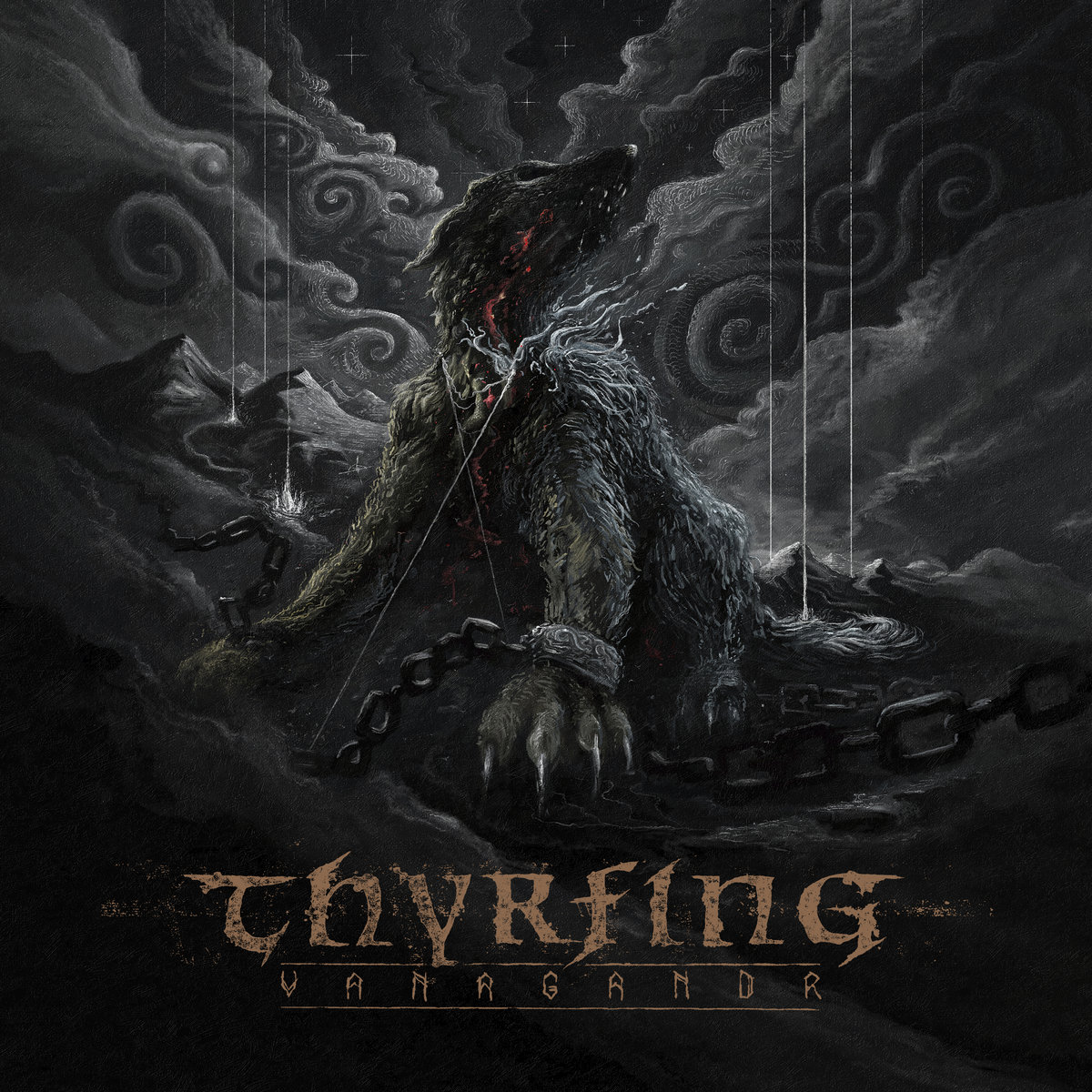 One of the most prominent bands in viking metal and most unique bands in the Swedish extreme metal scene has left us waiting for eight long years before releasing Vanagandr. More than 20 years after their initial successes Thyrfing is finally back with a new album, which a lot of folk/viking metal fans have been waiting for very eagerly.

“Döp dem i eld” was released as one of the singles for the album and it starts very aggressively, while also being very catchy and melodic in the chorus, perhaps more than we’re typically accustomed to from viking metal. There are faint folky melodies in the background that add a nice touch to the otherwise fairly blackened sound. A very strong opener to the album that unleashes the rage that has pent up over the last eight years since the release of Thyrfing’s previous record, De Ödeslösa.

The uniqueness of the Swedes comes forth with the next track, “Undergångens länkar”, which has a hypnotic element to it and the desperate growls Jens Ryden are brilliantly delivered – and ever so slightly reminiscent of the style of Niklas Kvarforth of Shining. The guitars play no small part as well, stepping forward when needed and complementing the rest of the song.

“Rötter,” interestingly, provides some different rhythms that actually sound similar to Arabic styles, which, I assume, is more of a coincidence, but there is a definite hint of a band like Al-Namrood in there – and that’s definitely welcome as far as I’m concerned. The track actually flirts with some symphonic elements as well and a tiny bit of clean vocals, sometimes alongside the growls.

The folky elements really reach a high point with “Håg och minne”, a song that’s thoroughly Scandinavian as it starts with a raven cawing and a touch of Nordic folk music before transcending into proper viking metal. Sadly, I don’t have the lyrics for this as I’d love to know what the song is actually about as it switches from a marching rhythm and a majestic sound to some recited poetic lines. There’s a great feeling of epic accompanying it, while the drums relentlessly pounding really makes you want to headbang along.

Despite only having eight tracks this is not a short album as Thyrfing let the sound develop into solid and complex pieces of music, which tend to clock out at around six minutes each. In the latter half, the band doesn’t let you relax as they hit you with one of the heaviest and most aggressive songs they’ve ever done – “Träldomsord” – in which the guitarist Patrik Lindgren really shines.

A fittingly contemplative “Jordafärd” (Burial) closes the album, a track filled with melancholy and dark emotions which are once again very well delivered through the band’s vocalist while the guitars follow him to provide a real sense of a dirge. Probably one of the most beautiful songs in the band’s entire discography finishes what feels like an epic story straight from Scandinavian history when gods walked among men and when death was but another journey.

There seem to be only two options after a band releases new material after a long time – it’s pretty bad as the band has for some reason lost their touch or it’s really great due to the culmination of various great ideas and the hunger that comes when you’ve not put out anything in a while. Thyrfing, much like Finntroll last year, are definitely in the second group. Their sound is darker than before, while also a lot more mature, but their folk and viking roots are very noticeable and not at all drowned out in the blackened metal sound. Another fantastic release and I’m very happy to welcome Thyrfing back amongst the living.