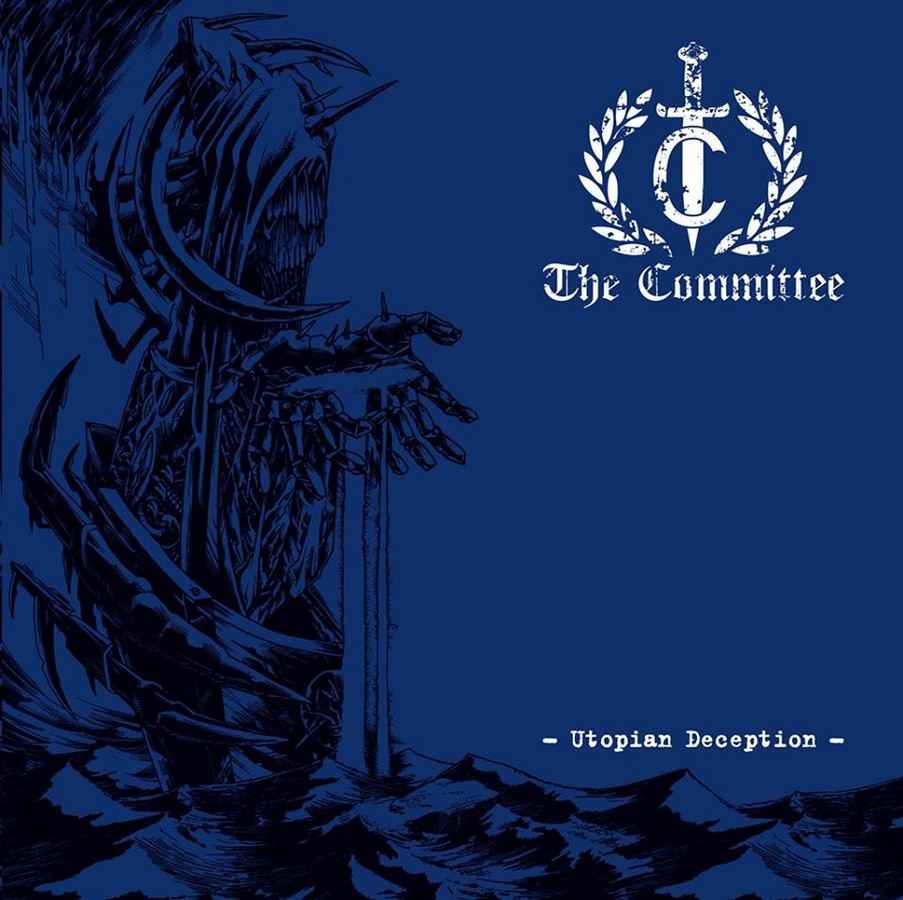 Black metal collective The Committee stormed the metal scene with their previous records, ‘Power Through Unity’ (2014) and ‘Memorandum Occultus’ (2017). While gaining recognition with these albums, the band played both underground and well known extreme / black metal festivals. Even though it’s only been three years since their last release, the third full-length ‘Utopian Deception’ is certainly something people have been waiting for.

With opener “Awakening – Unimaginable”, The Committee immediately immerse the listener in a dense wall of sound of muzzy riffs. After a minute of two the speed is picked up and the trademark sound of the group becomes more conspicuous.

Parallels are going to be drawn between the black/doom formation and some names in the Polish black metal scene and some similarities are definitely there. With that said, The Committee have always had their own touch and just as easily steer away from a sound that has made the Polish scene well known. “Lexi-Con – Radical”, for example adds a few black ‘n roll touches and the usage of the clean guitar in various songs also attests to that.

Especially the tracks “Harrowing The Sane – Popularization” and album closer “Ashes – Norm” are outstanding. The first mentioned is a tad more aggressive and with an interesting role for the bass guitar (just listen), it demonstrates that The Committee did not stop evolving in the past years. “Ashes – Norm” incorporates some new soundscapes which one would not necessary associate with The Committee, but fit remarkably well.

With ‘Utopian Deception’, the black metal collaboration has delivered on their promise of another really well executed album, which builds on and expands their previous work. Also, to an almost scary degree, it fits the times we live in. It’s still too early to say, but this is definetly a yearlist contender.