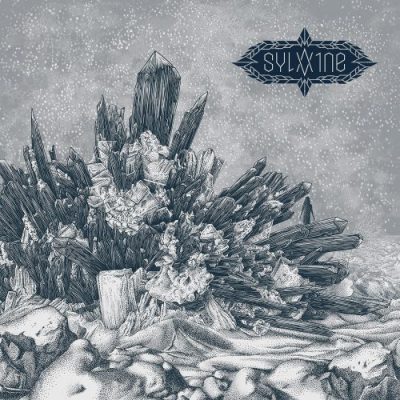 Perhaps the season is calling for it: Dealing with a de-motivational outlook of no more open air festivals by listening to some of the best releases of 2018, all crammed into a few months. Sylvaine’s third upcoming full length is definitely one of them.

Sylvaine is the solo post-rock/blackgaze band formed by Katherine Shepard, a Norwegian/French multi-instrumentalist. Not just a woman of many instruments, but also one of many talents. Atoms Aligned, Coming Undone’s (2-Nov-2018, Season of Mist) first and title track starts with a brooding, darkened bass guitar riff, joined by subtle synths. The build up signifies the cold, dissociative (at times otherworldly) and conflicting nature of the album. Her subtly reverbed (clean and magnificent) voice sounds perhaps less organic and pure than on the previous albums (Wistful, 2016 and Silent Chamber, Noisy Heart; 2014), but is still an ‘ear-catcher’ to be reckoned with. The riffing is what can be expected from blackgaze: subdued, flowing yet fast. Sylvaine’s compositional work is excellent and grips (or rather, enraptures) the listener with each key and rhythm change.

Striking is the prominent, punching drum work on this song (and others), with most times just a bass guitar for additional instrument and melody. Ever so slightly shifting, with each measure the song builds up to more aggressive and destructive side, like inevitable chaos that seems to always follows order.

So, blackgaze, hmmmm, heard that before? By the likes of Alcest and so many other post-black, shoegaze and other-gaze bands? Indeed, upon first couple of listens, Sylvaine might be the darker, more brooding sister of Neige (Stéphane Paut). Upon listening to Atoms more times however, that easy comparison does injustice to Sylvaine’s elegant work. It is most certainly less happy and has less easy-access-aesthetic compositions compared to Alcest. The latter being almost feel-good music at times, Sylvaine takes conflict and non-belonging and unfolds this into a spacious, expanding yet minimalistic riffed atmosphere.

The sheer beauty the composition of the otherworldly intro of Abeyance with its reverbed ‘bass—meets-voice’ theme, is breath-taking. The song evolves onwards with up-beat and flowing, winding guitar(s), a fine statement of how blackgaze is to be made. This would make this song a strong contender for personal favorite, if not for Mørktlagt. Her voice – clean, tender as well as scream/grunting – and guitars shine in brilliance, gripping the listener into the lamenting contradiction and raging duality on this song.

More romantic and slow is Worlds Colide, although perhaps one off the heaviest and sad songs of the album. The plodding, doomy bass and drum scheme, a very minimalist guitar duet weaving into each other feel almost like a requiem for everyday life, from which this album seems to dissociate.

Indeed, dissociation and loss of connection is vocalized on Severance, a rather aggressive and angry statement after Worlds Collide. Perhaps also the anger at the loss of beauty and art is screamed out and – being the art creationist – Sylvaine completes the circle with handing us this beautiful piece.

One of the best aspects of this album, besides the song writing and vocals, is the production. True attention has been given sound of each instrument, voice included, by paying proper attention to the loudness dynamic (unlike too many others). By just tuning the guitars a bit down when called for, the bass, drums and cymbals sound audible and deliver their sound as intended.

Listening to the album the first and many times that followed, I was sold. Gripped by each chord, each drum strike and each bass riff, chosen so harmoniously and aesthetically, you would almost forget the dark and conflicting nature of the release.

Atoms Alinged, Coming Undone is the definite statement of Sylvaine’s musical talent. The album is a step up in brooding darkness and atmosphere compared to the previous ones. I daresay a turn for the better. Compositionally speaking, I have rarely seen an album this well made, while refraining from becoming constructed and sterile. If not already clear, this release will most probably score high in the metal album tops of 2018.