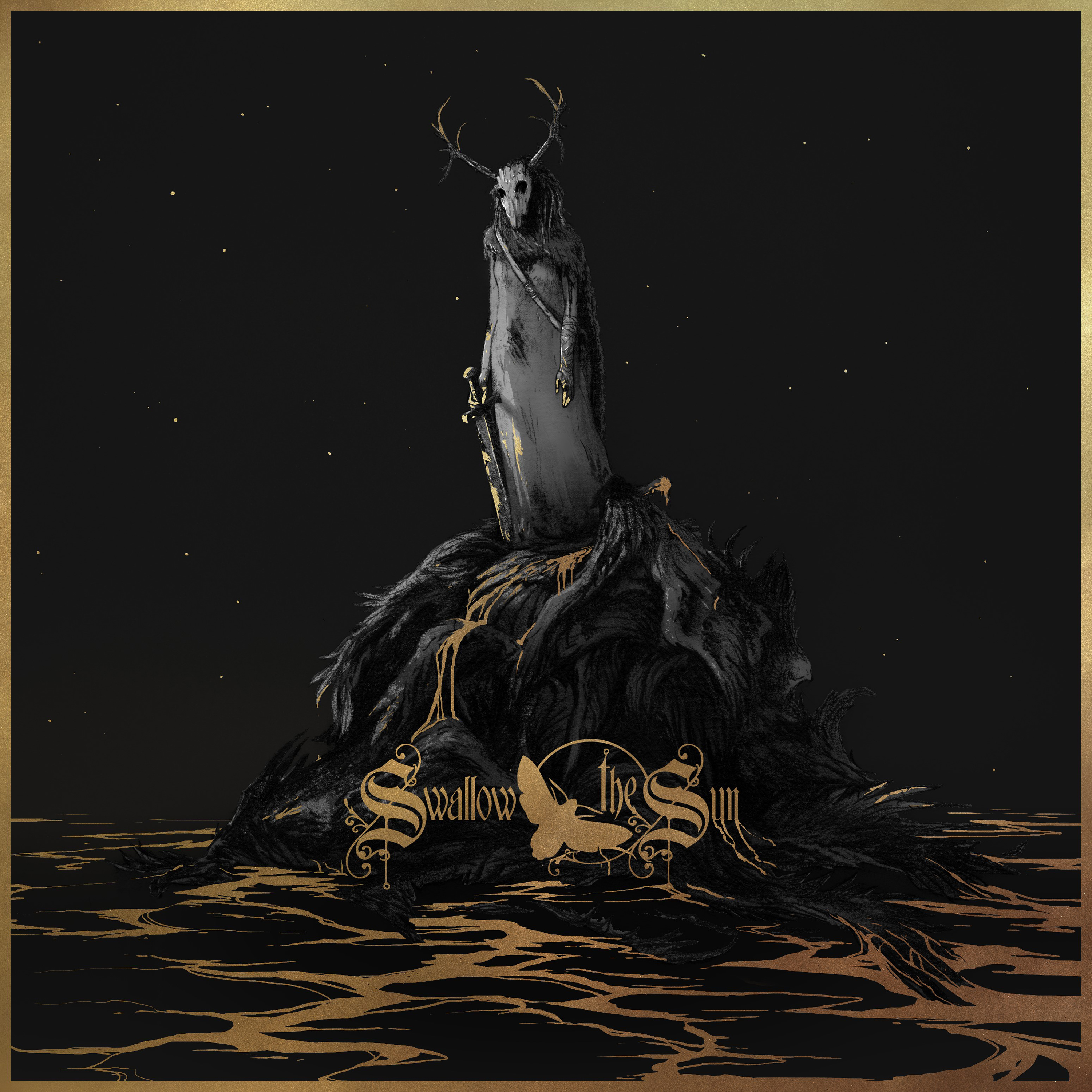 Known for its original and emotional death/doom metal Swallow The Sun reached its peak with their magnus opus “Songs of the North I, II and III”.

Although this follow up album walks a slightly different path it doesn’t mean that this follow up album has nothing to offer. On the contrary: “When A Shadow Is Forced Into The Light” is loaded with emotion and variety. Especially emotion is being shown here. This seen the terrible fact that writer/guitarist Juah Raivio has lost his partner. Spending many months creating this work all the emotional struggles such as grief, pain and loss are expressed on this album. Admirable that Raivio and his comrades choose this path which makes it an introspective yet intriguing album.

Although I mentioned death/doom metal “When A Shadow Is Forced Into Light” is much more soft, restrained and melodic in comparison with its predecessors. It sounds like mixture of gothic rock/metal combined with small doses of doom, death and a pinch of black metal. It reminds a little of later work of Anathema and even Alcest.

Opener and title track “When A Shadow Is Forced Into Light” opens very melodic and melancholic and tends to pick up a little more aggression when some vocal screaming start to take place. It feels that both the dark side and the light side of Swallow The Sun are expressed in quite a lengthy song.

“Crimson Glory” is even longer and reminds me a lot of the previous mentioned bands. Great moody keyboard intro, rich emotions and soft rock elements creates goose bumps on my arms.

“Firelight” and “Upon The Water” starts very slow and melancholy building it up to an emotional outburst of black metal before returning to a more gothic rock based ending.

“Stone Wings” reminds me a lot of the 80’s doom and gloom goth rock music although injected with black and death elements, while “Clouds On Your Side” reminds me of Paradise Lost without losing its own identity.

I am not going to explain all the songs on this album. This album will grow on you after more than five spins. “When A Shadow Is Forced Into Light” isn’t an aggressive album. It is a very melancholy, melodic and emotional piece of work. Craft fully and carefully build. Sometimes fragile, sometimes very powerful. An intriguing album which combines multiple genres. I hope this album has some therapeutic value for mister Raivio and helps him overcome his loss. And for you as a listener: dwell in all the melancholy this album has to offer. It certainly won’t disappoint.

Track list:
1. When A Shadow Is Forced Into The Light
2. The Crimson Crown
3. Firelights
4. Upon The Water
5. Stone Wings
6. Clouds On Your Side
7. Here On The Black Earth
8. Never Left