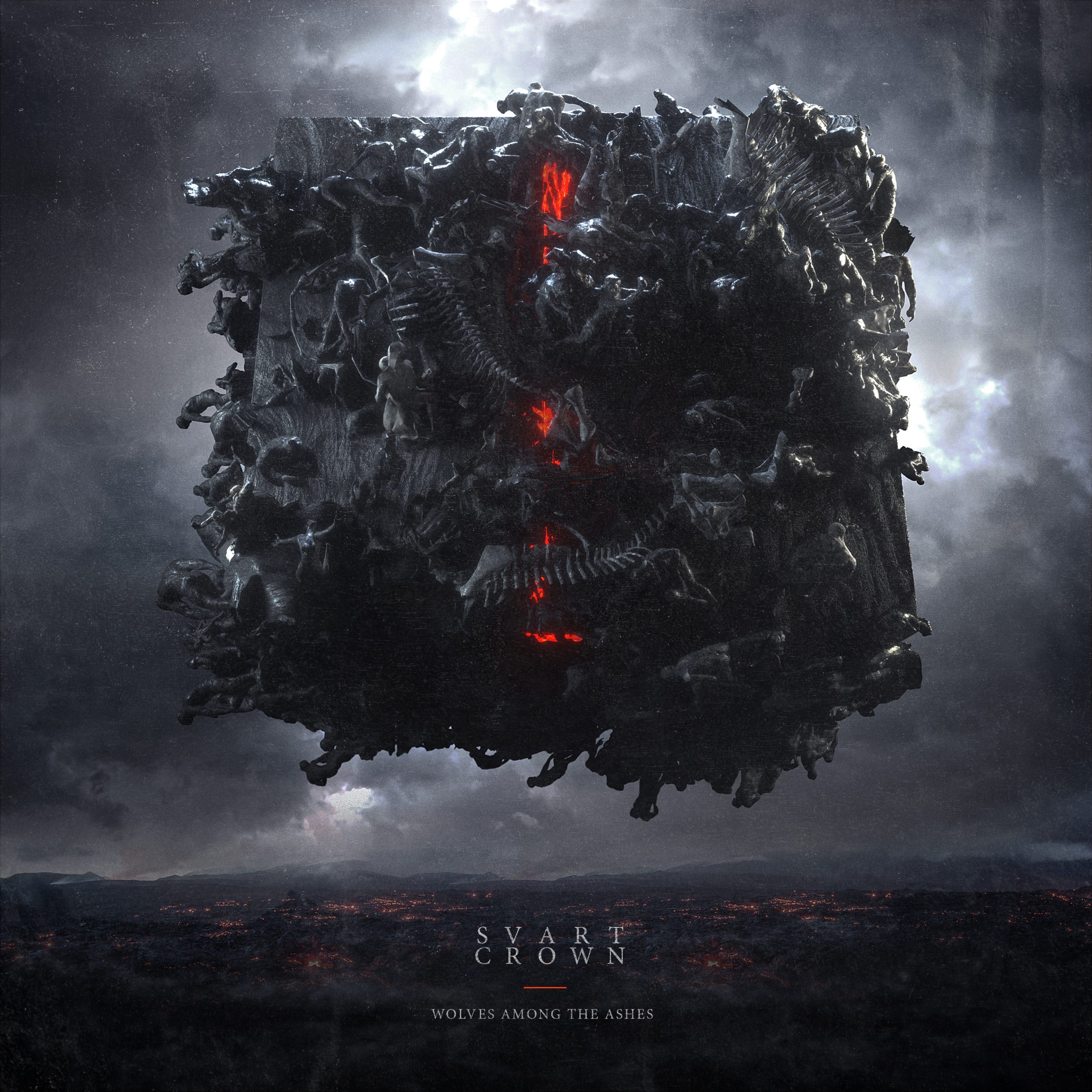 Svart Crown have always kind of seemed like to have fallen between chairs. Never really kicked other releases of their places and were never truly memorable partners in the world of Extreme music.
This doesn’t mean, of course, that the band never had any good releases – Profane from 2013 or Abreaction from 2017 were very formidable albums that stood out for themselves and reaped some very good opinions, including mine.

Fast forward to 2020, where lineup changes have been done, re-done and finally settled, and Wolves Among The Ashes sees the light of day. The band’s fifth full length album opens in a rather nice way, when it’s including Jim Jones (yeah, the guy that led his People Temple cult during the 70’s until the mass-suicide) preaching while a round, heavy rhythm is accompanying him. Worry not, as “Thermageddon” flips the bowl over and makes quick work of the spoken-word flick we had earlier and exchanges it with harsh, deep vocals that would punch the listener in the face. JB Le Bail and his fellow French band members know exactly how to make a spine tremble, with guitar led parts that seem to be as heavy as the band has ever been.

Another example for this would be “Art Of Obedience”, that takes a turn in slowing things down a notch but makes up for it in more melodic parts that do keep things more interesting, yet keeps the aggression level as high as before.
“At The Altar Of Beauty” is just madness, liquidated to a 5-minutes song that contains everything the band has reached until now. Genius transitions, angry drumming that won’t let you rest and throat-filled singing to top it all and create a gem in this album.

Svart Crown has managed to create an album that culminates all of the band’s previous releases and turns it all into one big mess (in a good way) of uncompromising death metal tunes that would make your neck hurt, in some of the cases.
It is not without its faults, though, as for example “Down To Nowhere” feels more like a gap-filler, although it is not but as the band tries it’s hand in a more doomy, gloomy, crawling track that I doubt if reached the potential it had in the beginning of it.
However, all in all, Wolves Among The Ashes is a good release that would most surely stand out in the line of albums that Svart Crown have been releasing.

Tracklist:
1. They Will Not Take Our Death In Vain
2. Thermageddon
3. Art Of Obedience
4. Blessed Be The Fools
5. At The Altar Of Beauty
6. Down To Nowhere
7. Exoria
8. Living With The Enemy