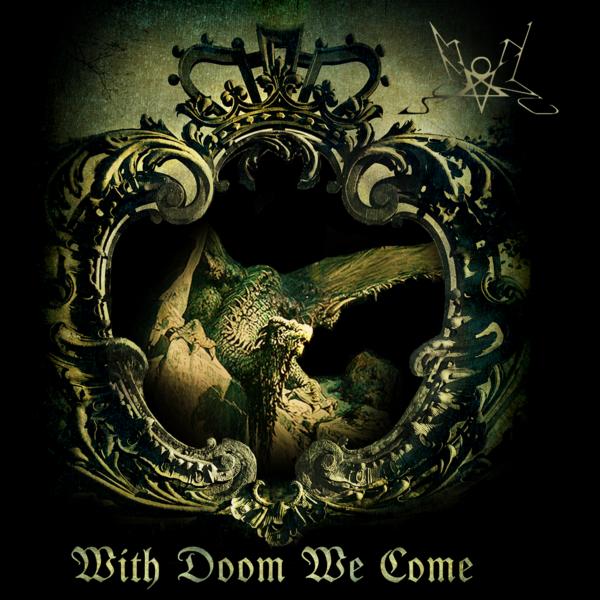 Ever since the release of the debut album Lugburz (1995), the atmospheric black metal masters Summoning have reigned over Middle Earth. Few bands manage to tell long lost tales in a similar, fascinating way as these Austrians do, with a truly unique sound, consisting of majestic soundscapes blended with hazy, distorted guitars.

Summoning’s previous effort, Old Mornings Dawn, dates back to 2013 and it was dubbed by yours truly as the ‘epic return of Summoning’ (a statement I still stand by). Thus, when hearing of a new record to be released by Silenius and Protector, I’ve opened my mailbox more than once in the hopes of finding the album there and not long ago, that joyous morning dawned.

Opening track ‘Tar-Calion‘, is an ode to the last king of the island of Númenor, and one that sits a little uneasy in the grand scheme of the record. It’s difficult to place this feeling, but mainly the repetition of the spoken words seems to contribute to it. While the song is dynamic, it does not reach a zenith in over 7 minutes, leaving you a bit unsatisfied. This track also reveals the oriental vibe that many of the songs have.

‘Silvertine‘, on the other hand, makes up for that and eases you back into the trademark Summoning vibe, or more specifically, back into the Oath Bound era. A preeminent piano melody is interwoven with fuzzy guitars and bombastic keyboard elements. It definitely has a similar feel as ‘Land Of The Dead‘ of the aforementioned record, which in the eyes of this reviewer, is the most grand piece that this duo has ever composed.

Some fans have uttered the fear that With Doom We Come lacks outstanding songs, which all of the previous records do have (if these albums are not outstanding by themselves already). The first few times spins I had a similar concern, but as is with many records, it takes some time for the music to set in. Yes, each track is firmly rooted in the Summoning sound, yet it does not mean that they lack quality. ‘Herumor‘, demonstrates that and uses these soundscapes playfully, not necessarily comparable to previous material.

‘With Doom I Come‘, is everything you’d expect of an album closer from this band. The atmospheric elements are pushed to the max and sometimes even pushed too much. The main melody and chorus (there once, and long and long ago) have you whistling and humming along in no time, building up to a choir, who with gentle singing lead you out of Tolkien’s world, back into the room where you started. All I conclude is, thank you Summoning, you did it again.