Soulburn was formed in 1996 in the Netherlands, their latest release is titled “Noa’s D’ark”. It is evident after only a minute into the opening track “The Morgue of Hope” what this album was going to bring. That is dark, grindy distorted guitars and raspy grungy vocals sounding as if they were spawned from the depths of hell itself. Eric Daniels and Twan Van Geel did a great job on this album really harnessing a sound that matches its dark dreary imaging.

I am not much of a black metal enthusiast myself however there are a few shining moments on this album that I do enjoy. Shrines of Apathy is my favorite track mainly because of the melodies behind the grindy dark rhythms. I also really like the driving tempo’s they put together throughout the album. They aren’t blistering fast but there aren’t many spots that things slow down to a boring drag either. Another good example is the track titled “Tempter Ov the White Light”. Moderately up tempo and it holds your attention throughout.

As I mentioned previously, I’m not big into black metal. If there was one thing I would change slightly about what they do it’s that sometimes I think they get stuck in one tempo a bit too much. There isn’t a lot of variance to keep me as a listener interested. However, I know that’s a characteristic of black metal that many love. I do like the atmospheric parts I just feel that each song sounds the same and with slight tempo adjustments it could give a little more variance to each songs feel.
Overall though I feel it’s a good album and they absolutely nailed what they were going for in terms of sound and image. 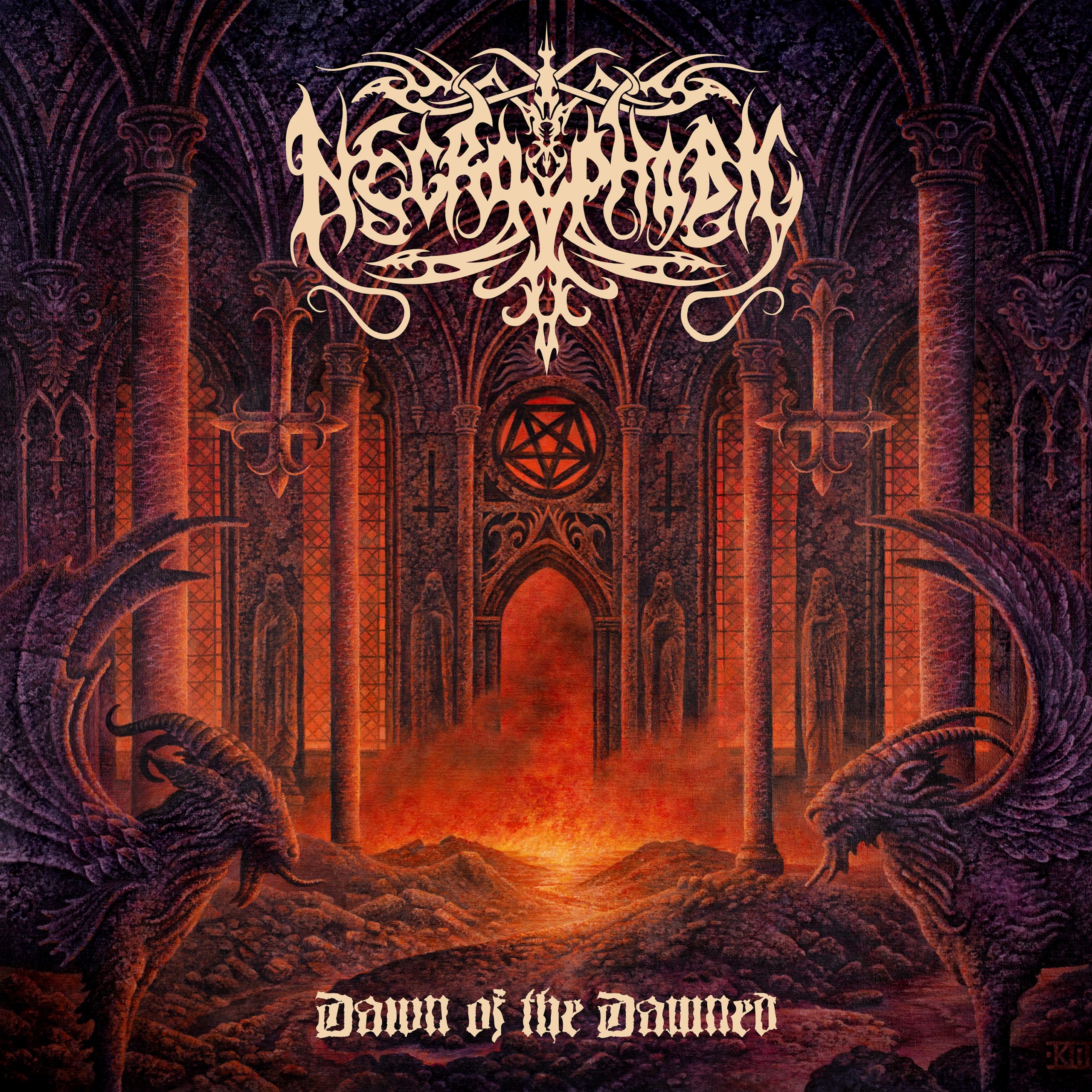 Necrophobic – Dawn Of The Damned