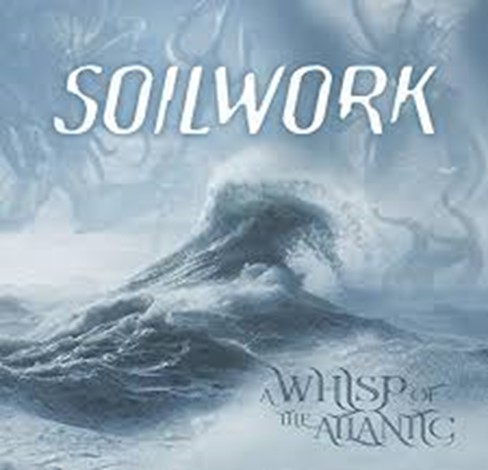 Towards the end of the great Gothenburg melodic death metal boom of the mid 1990’s Soilwork is a band that early-on forged its way in the melodeath scene by being rather fast and aggressive comparatively. Early releases such as Steelbath Suicide exemplify Soilworks roots of rawness, aggression and speed compounded with popular melodeath rhythms, leads, themes and a very distinct Gothenburg sound. This force of speed and aggression continues on Soilworks second full length, The Chainheart Machine (2000) where the listener can experience truly great guitar riffing, blast beats, high tempos and melodic leads. Not until Their third full length one year later, A Preditors Portrait, do we hear what is perhaps a more reserved or changing form of Soilwork; a bit more progressive and groovy with a little more focus on synth an atmosphere. In my opinion this is the early album that laid the groundwork for what we are experiencing today from Soilwork: melodic death metal, accompanied with accents of prog, black metal, fusion and in some parts even epic power metal-esque vibes.

After listening to and then analyzing two of the singles from Soilworks latest EP “A Whisp of the Atlantic” I was truly thrilled to delve further into this album and discuss some of its positives and negatives. First off, “The Nothingness and the Devil” opens up with just generally good vibes. Driving the introduction of this song and carrying its presence throughout is a classic Soilwork thrashy guitar riff that breathes energy. This energetic track is not overly progressive or distinguishing, however it has a constant drive to it that puts the listener into a positive mindset but then later settles into a very melo outro.

The next single and title track of the album, “A Whisp of the Atlantic”, is a true masterpiece. I will have to admit that after being away from Soilwork for some time, this track specifically has rekindled my interest in the band. To be completely honest this track doesn’t immediately grab my attention however. This is where patience is a virtue because in my opinion from the 6 minute mark onwards this track is absolutely phenomenal. By this mark in the track, the listener is experiencing a drastic yet tasteful tempo change delving into the more aggressive side of Soilwork previously talked about. This track is like a short, or not so short story in itself, due to the fact that it is 16+ minutes long and there are a lot of changes as well as textures. As far as the video for this single? If you need a lighthearted laugh, check out the comment section on youtube. Musically, this one rules though.

The vast majority of this album seems to be really thought out and balanced. This may be one of their more progressive releases, if not THEE most progressive, however, they did not sacrifice the other great aspects that soil work has to offer, it just seems as though they prefer more of a balance now a days. To me, this is a very mature album that is a step forward while still offering fans what they love about Soil work, there is something for everyone on this album. Plenty of clean vocals, harsh vocals, speedy melodeath guitar riffs, progressive composition, extremely well written and appropriate drum parts and a ton of groove. All in all this album was awesome to listen too.

Track Listing:
1. A Whisp of the Atlantic
2. The Nothingness and the Devil
3. Feverish
4. Desperado
5. Death Diviner