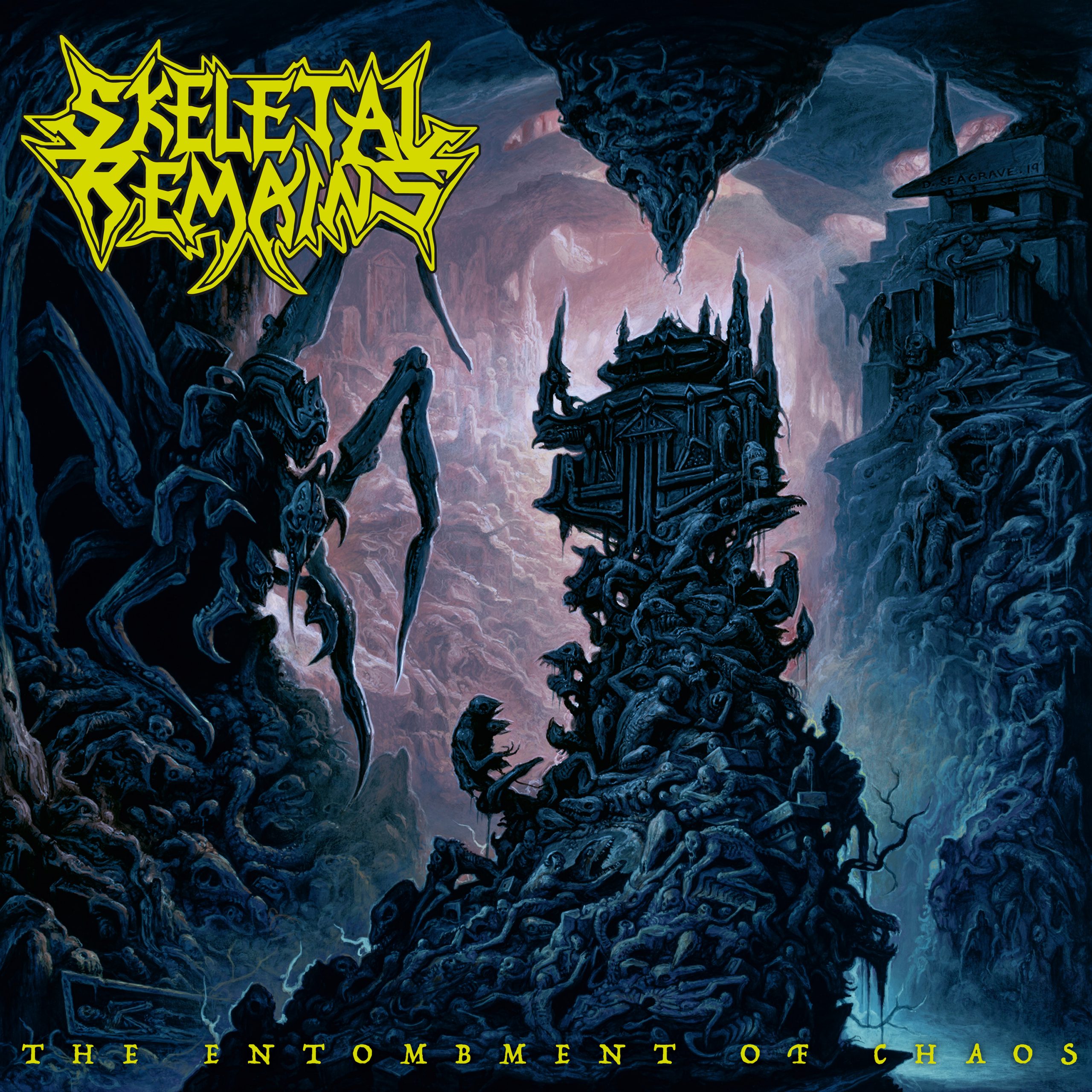 Many styles have seen ups and downs over the years. Some went almost extinct when the next big thing came along, and some just faded away. Others, seemed like they slowly sank into the never-ending hole of styles that had a peak years ago, and would never recover, unless a think rope would be thrown inside that hole.
So goes the story of scruffy, old-school sounding Death Metal. It had its peak in the mid to late 80s, continued to bloom throughout the 90s, and at a point when humanity was going through the first half of 2000s, it went back to its caves, as if making room for other, crap-filled genres. As time went by, more and more bands slowly emerged, as they rip their way with riffs, attitude, sound and atmosphere that seemed to have came out of some concert in a smelly hellhole during 1992.

One of the bands that managed to put out a string of releases that put them on the map next to other big names, were California’s outfit Skeletal Remains. Throughout their short history they left no doubt as to what they want to sound like and managed to assemble quite the following cult over the years. I’ll admit, as I listened to the band’s debut it was nice and a good breeze of aggression, wore off of me at a certain point and over the years I didn’t follow up that much on the bands’ releases. Here and there I gave some albums a listen, but to say they grabbed me like I thought they would? Nah.

The first few spins of The Entombment Of Chaos were quite a surprise. It was a surprise because I didn’t expect it to sound so… good. I mean, with the first minute of “Illusive Divinity” it was already clear that gone are the days of trying-to-be-heard like other bands in the genre that plagued the bands’ first material, and carving their own path made the whole experience just so much better than up until now.
Sure, the elements are there and are heard as if they were fished out straight out of am imaginary Morgoth/Asphyx/Morbid Angel 3-way split, or something like that. It’s so angry, so flesh ripping and yet gives way to relentless melodies, at times.
A strengthening to this notion would be the headbutting “Congregation Of Flesh” and “Synthetic Impulse” that showcase the group’s ability to play around with their rhythm, keeping things interesting far more than what they did in the past.

The music is grippy, and it stays like that throughout the album, and aside from an instrumental track that feels too much like empty space (why?), the almost-50 minutes long album positions itself well ahead of a ton of others Death Metal releases this year.
Songs in the latter half of the album that goes by names like “Dissecstasy” and “Torturous Ways Of Obliteration” are straight up neck breakers and mosh-intensifiers that would probably see a couple of bodies flying around at festivals, but without being dragged to too many modern elements, keeping the music as true to itself as possible.
The homage gave to Disincarnate’s “Stench Of Paradise Burning” is a nice little addition to the overall album as well, even though it makes the whole album feel a tad bit too long.

Having said all of the above, The Entombment Of Chaos is easily somewhere in the top group of extreme metal albums that came out in this plague filled year, and you should most definitely pay it a listen, or eight.