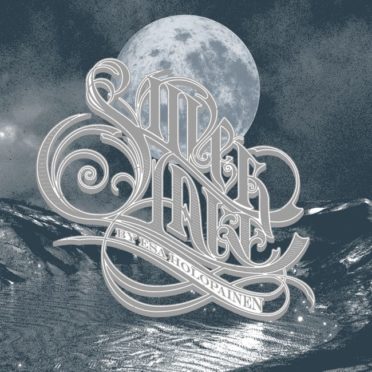 This whole pandemic has taken its toll on musicians all over the world. Yet is has also given some a chance to release material they have been sitting on or wanted to write for a long time. This is the case for Esa Holopainen. He’s one of the founders and songwriters for Amorphis and with his vast range of connections, he sure had a chance to put out something special.
Silver Lake by Esa Holopainen is a really nice record. Instead of releasing a solo instrumental record, Esa chose to contact quite some interesting names in the scene. As a result, the record feels fresh and each tune really fits the singer contracted for it.

Starting off, we get treated to an instrumental introduction of what’s to come. The song has a really nice build up and it brings you into a really smooth and mellow vibe. What is great, is that it’s followed up by Sentiment, in which Jonas Renske (Katatonia) takes place behind the microphone. This song could just as easily fit on a Katatonia record and really draws out some emotions.

“Storm” was the first video for the record and features Hakan Hemlin. It has so many great layers with a soothing guitar line, catchy drums and melodic keys. “Ray of Light” features Einar Solberg (Leprous) and that makes it stand out as different from the rest again. The singing on “Ray of Light” is so full of passion, it’s hard not to get up and start moving to this tune.
This cannot be said about “Alkusointu”, which is like a slow homage, a poem supported my music, voiced by Finnish actor Vesa-Matti Loiri. I love listening to the Finnish language and just mesmerizing and almost like being brought into a trance.

For most people who know Esa from his work at Amorphis, “In Her Solitude” will sound the most familiar. With the clear singing and grunts from Tomi Joutsen, it’s just like a little Amorphis bonus track. Heaviness continues in “Promising Sun”, where we can hear Björn Strid (Soilwork). The riffs also have this Soilwork vibe and as I mentioned before, each song fits the singer.

To break this heavy trend, we get treated to the angelic voice of Anneke van Giersbergen in “Fading Moon”. The way she plays with her pitch makes it sound so easy. To be fair, the chorus feels a bit bland, which brings the song a bit down.
And last but certainly not least, we get to hear Jonas Renske one more time. In “Apprentice” the record comes to a full conclusion, as we hear some of the same sections we heard in the intro of the record. With this, this record seems to have ended too quickly and leaves me longing for more. Even though every song is its own little island with its own style, Silver Lake by Esa Holopainen is like an archipelago, in which each island/song has its own role. Definitely worth to check this one out!