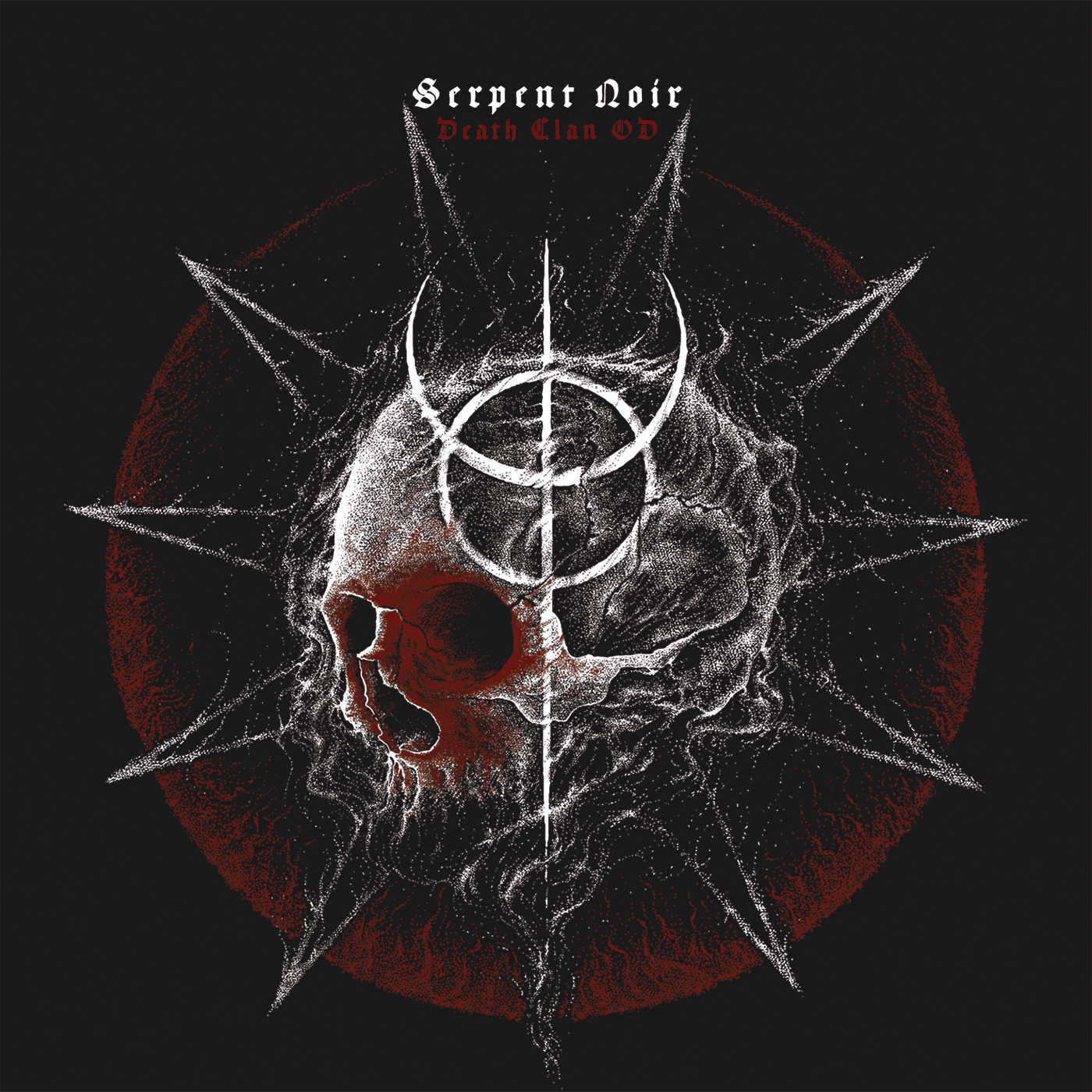 When reflecting on Black Metal there certainly are quite a few top notch bands from Greece. Just think of (older) Rotting Christ, Sear Bliss and Acherontas, just to name a few. You will agree that this country has spawned quite a few interesting darkened Metal acts over the last three decades. This also goes for Serpent Noir. Active since 2006 this Greek act manage to give a solid impression with their discography. And when listening to their latest sinister piece of art “Death Clan OD” it seems that their discography is expanded with another great piece of work.

While it doesn’t surpass its predecessor “Erotomysticism” this album still is very strong.
In comparison with their previous work it seems they have stripped down all the elements they use and gone back to the core of their music. A more direct approach is being presented. An album where occultism and sinister, gloomy aggressive darkness meet each other. And it is a fitting combination I might add.

It took a few spins, better said pushing play on my media player, before the quality is noted. But after settling in your ears the tracks are more than worth your well earned money. Musically it means that powerful riffs are combined with some really good guitar melodies. Together with the gloomy, aggressive yet occult atmosphere this album sounds coherent and very well executed.
With almost forty minutes of playtime this compact release consists of seven songs.
Well…. make that six because opener “The Black Knighthood of OD” is merely an intro of one minute. What remains are six powerful and gloomy tracks. When listening to the music, especially the vocals of Kostas K, it reminds me of the newer albums of Enthroned. But that doesn’t hinder one bit since the execution of these tracks are spot on.

After the subtle intro the majestic “Cutting the umbilical chord of Hel” bursts loose out of your speakers. The pace is high but with cleverly playing with speed and atmosphere this track is an intriguing piece of art throughout its seven minute duration.
The sinister and relatively slow “Hexcraft” has a great atmosphere and some really catchy Gorgoroth-esque riffs in it. This without forgetting their own occult signature.
The great tension build up and fitting outro in “Asmodeus: The Sword of Golachab” together with the gloomy ,powerful, aggressive usurper “Astaroth: The Jaws of Gha’Agsheblah” are a lust for your ears. Especially the lead guitar makes these songs thrilling. They are a welcome addition to the harsh and fast guitar picking and just adds to the occult atmosphere. The last two songs “Necrobiological Chant of Talas” “Goeh Ra Reah: Garm Unchained” , again with beautiful lead guitar, make this album a complete and coherent piece of art.

As said “Death Clan OD” reminds me somewhat of Enthroned. Just regard this as as an compliment.
Also without this reference Serpent Noir manages to make black fueled metal extravaganza. A thrilling piece of work which is enjoyable during the entire ride. I can only conclude: this album is another occult gem hailing from Greece. Together with the clear and powerful production and fitting artwork this album will satisfy your dark soul. If you like dark, occult Black Metal you won’t be disappointed. Great stuff!