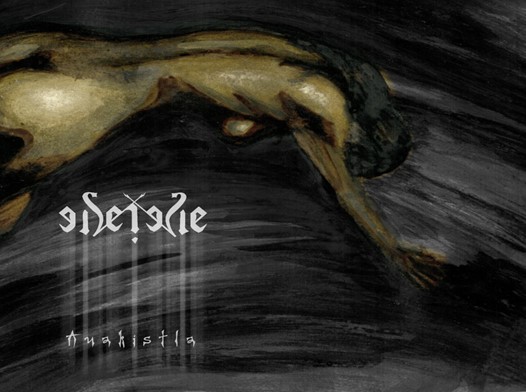 Seide, meaning “silk” in German, is what I would consider a ‘modern raw’ black metal band formed in Paris, France in 2007. France has produced and continues to produce top notch black metal for years now. While Seide is not necessarily new to the French black metal scene, they are getting recognition on an international level now and their newest Album, Auakistla, is being distributed by Ascension Records as well as Season of Mist throughout Europe!

Right off the bat something I noticed while listening to Auakistla, is that you have to focus. I typically listen to an album to and from work, and then usually spin it a few times perhaps while sitting by the fire with a beverage. When listening to this album, the music tends to let your mind wonder, not necessarily in a sense of ‘boredom’, but more so blending. This is a somewhat gritty album in terms of tonality, melody, bpm and complementation of instrumentals, so at times it tended to blend together for me, which many listeners will probably enjoy. I did appreciate the brief clean guitar interludes throughout the albums, often times this is what gave the song texture in my opinion and helped it to not become monotonous.

This album has some definite high points for me, there were several times that while listening, I was able to experience a feeling of depression, while visualizing the ‘colors’ of some of the guitar work. This is something I don’t experience often in music that I typically listen to and I don’t generally seek it out. However, the fact that Seide is able to provide that feeling to the listener is powerful and it should be respected, in my opinion. I truly think many black metal purists will enjoy Auakistla, as it is pure black metal, doesn’t seem forced or trying to be something its not. For me, this is not my cup of tea, but its understood that this opinion does not challenge the integrity of this album. I am just left wanting something a bit more, perhaps in diversity, texture or melody in general, something different or fresh.