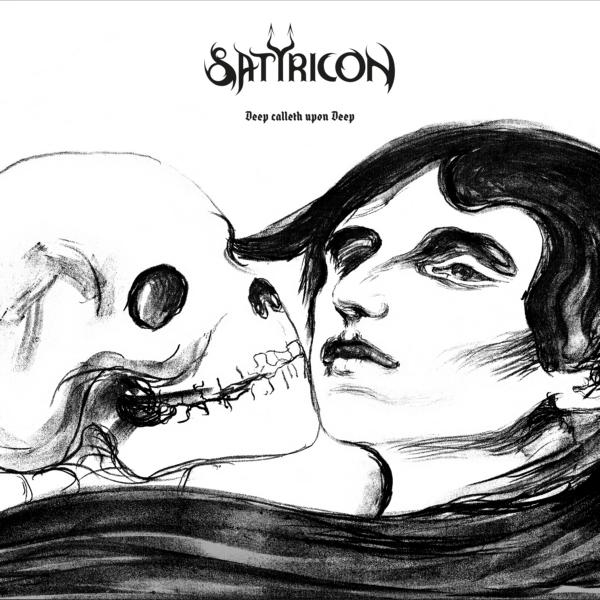 For those who know me it is no secret that Satyricon has a special place in my heart. Therefor it was also no surprise that I was very much looking forward to their new album ‘Deep Calleth Upon Deep’ that will be released later this week. The band already released the title song of the album a few weeks ago, and I really liked it.

With their previous album ‘ Satyricon’ the band already took a huge step into a new direction and they continue this sound on Deep Calleth Upon Deep. It is safe to say that Satyricon definitely has moved on from their underground ‘garage’ black metal sound into a new more post black metal sound. I dare to say, by now, that the album is more complex and much more layered than all its predecessors. During its first spin though, it didn’t really convince me, and I thought that it didn’t top previous album ‘Satyricon’ by far. But after a few more spins I started to appreciate and understand the album more and more. The band really goes deep, as drummer Frost himself mentioned in an interview we did a few weeks prior to the release of the album.

Each song on the album stands for itself and really has its own sound. It is hard to pick a favorite song because they are all so unique that it is hard to compare them to each other; yet there still is a leading style and sound that marks the album. The ongoing drums and blast beats almost never seem to take a break, just a lot of tempo changes, and the machine that is known as ‘Frost’ gives it his all again.

No lovely slow intro melodies for Satyricon; the album opens with a wall of sound known as Midnight Serpent. Satyr mastering his guitar play immediately sets tune for the rest of the album, and his almost speaking style of singing catches you right on. The album slows down a little when the slow and dark song To Your Brethren In The Dark sets in. As said: it is hard to pick any favorites on this album, but this song gets close to becoming my favorite. It is stuck in my head for days already, the ambience of it is piercing.

Title song Deep Calleth Upon Deep probably will please those stubborn fans who have difficulties with Satyricon their new direction, since it sounds a little more like their older work. Listening to the album for the first time, this probably is the most accessible song and therefor no surprise the band decided to bring this song out into the world as first. Besides being much more layered and complex, the album is also much more melodic and technically well put together than its predecessors; but those probably go hand in hand. A good example is the song Dissonant on which the band works together with saxophonist and opera tenor Håkon Kornstad.

Overall, I think Deep Calleth Upon Deep is a great album, it is very well written and recorded. Because of its complexity and many layers, you have to listen to it multiple times to start appreciating it more and more; this is not your catchy album that will have you hooked after just one spin. Satyricon has headed towards a new direction but definitely are staying true to themselves.