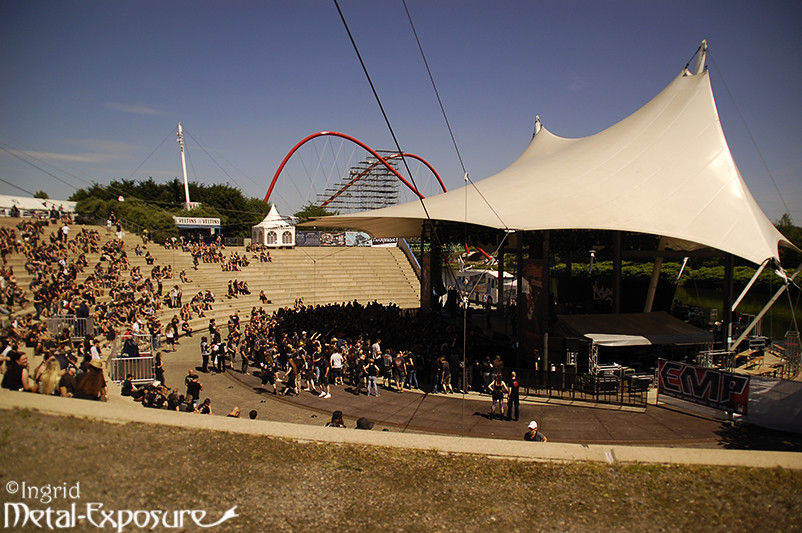 Back at the Amphitheatre at last! It’s been ofcourse just one year since metal-exposure last visited the Rock Hard festival, but it’s been two years since this crew went! But when we arrived, we stepped into that typical Rock Hard atmosphere and it felt like we had never been gone.
After finding a place to put up our tents, the sun was already going down, which meant just one thing: Time to go to the metal party!! The fans were really into the partying mood, and it was a great party. But the real deal started the next morning; read all about that here!