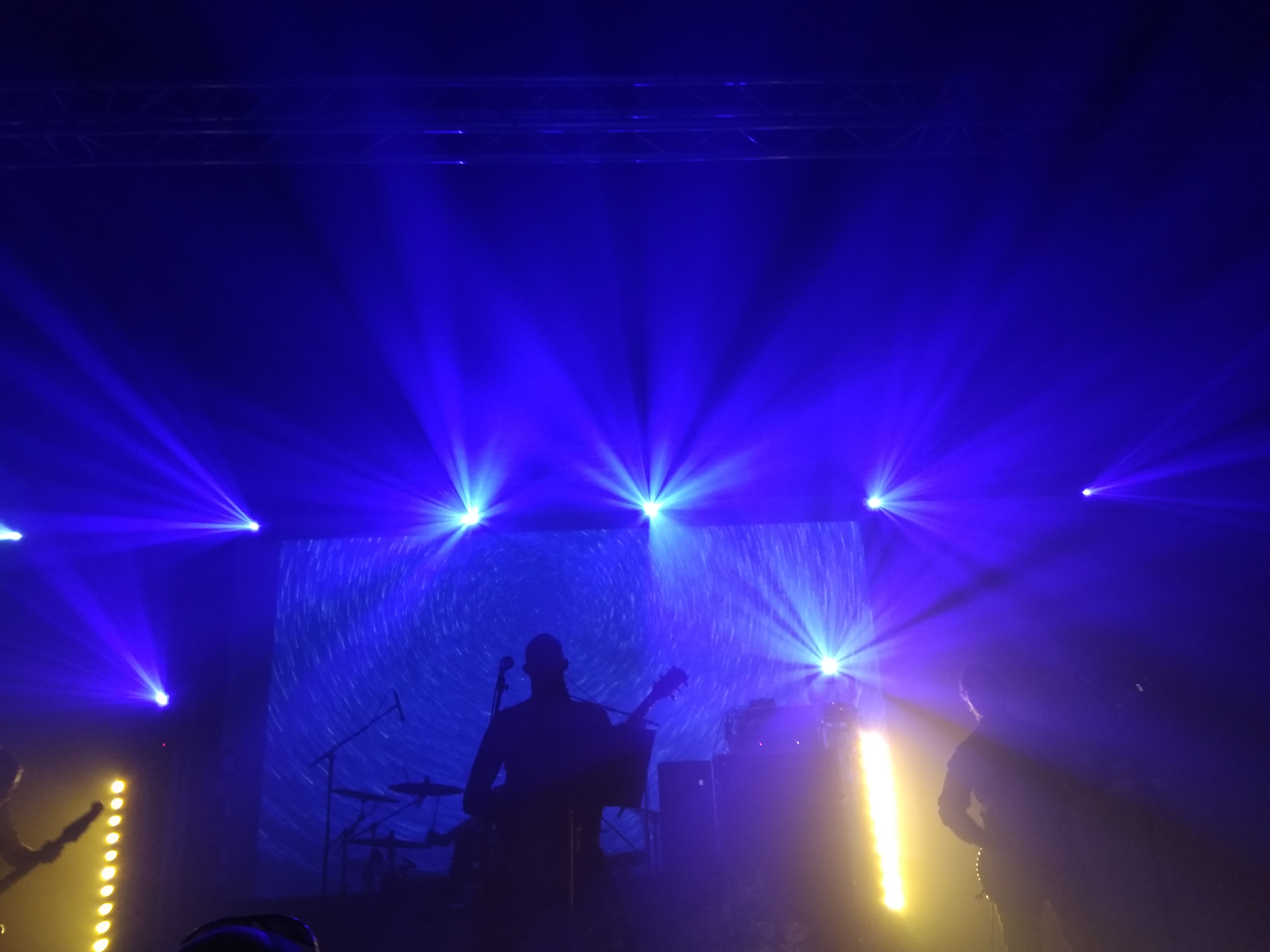 Review and photo’s made by Erik

There are a lot of Black Metal festivals in Europe. Some might even think too much. But not for me. If the line-up is good and I can afford the time to travel I am willing to go. This is certainly the case with Unholy Congregation part 2. Held in Oudenaarde it is time for a trip to Belgium. After a lengthy ride, especially the disaster around Gent, we arrived at our hotel, took a fairly long walk and arrived at the Qubus. With great atmosphere, a lot of friends and acquaintances, good Belgium beer and an even better line-up it was great fun.

Unfortunately due to above mentioned I had to miss Iteru and Doodswens. What I heard from people both of these acts managed to give quite a good show. So I hope I have better luck next time and will see them on a stage very soon.

After a Belgium beer it is time for Crone. This band consists of Secrets of the Moon’s sG and Markus Rennenbrink of Embedded. Do not expect Black Metal with this act. Musically Crone offers Dark Rock where clean singing has its prominent place. The general atmosphere on and off the stage is relaxed during this show and the rock these compadrés make is excellently performed albeit sometimes a bit too poppy for my taste. Personally I think this music lacks a little power and darkness (when looking at the rest of the line-up). Nevertheless this first acquaintance was solid enough to keep me and the majority of the audience interested.

After this it is time to witness Kludde. This band has a lot of references with (early) Black Metal but also adds a pinch of Sludge in their latest records. Especially Sludge you see more and more these days but that does not mean they have lost their own identity. On stage this band is primitive, crude, loud and groovy without forgetting some melody in their tunes. And with a powerful performance they managed to impress me with their no-nonsense “in your face” set. You could definitely see that Kludde were enjoying themselves on the stage. And the audience as well! The result: a solid performance with experienced musicians. A welcome addition on the great line-up of this festival.

After a decent meal, many thanks to the excellent catering, it is time for Bezwering. Some of you might know that after the demise of Wederganger this Gueldrian Undead Metal band resurrected, with slightly altered line-up, in the shape of Bezwering. It is good to see and hear that they are back (de-)composing their undead tunes for the first time on the stage. Playing a brilliant live set the throats of Alfschijn, with its low unique clean voice, and the screams of Onzalige (also known from Mondvolland) fit perfectly together and see to it that the audience is bewitched during the entire show. Accompanied by great guitar play, drums and mystic atmosphere an entertaining and intriguing séance is being given. Both aggressive yet enough room for slower more gloomy parts it was one of the highlights of today’s festival. I immediately bought their first spawn “Voortekenen”. A tape from which they played both tracks “Nagezeten” and “Rouwstoet”. The tracks make me longing for the upcoming full length album. In December they will perform their undead ritual in Astrant, Ede (Netherlands). So dear black hearted music lovers: be there! Wederganger is dead…all hail to Bezwering! 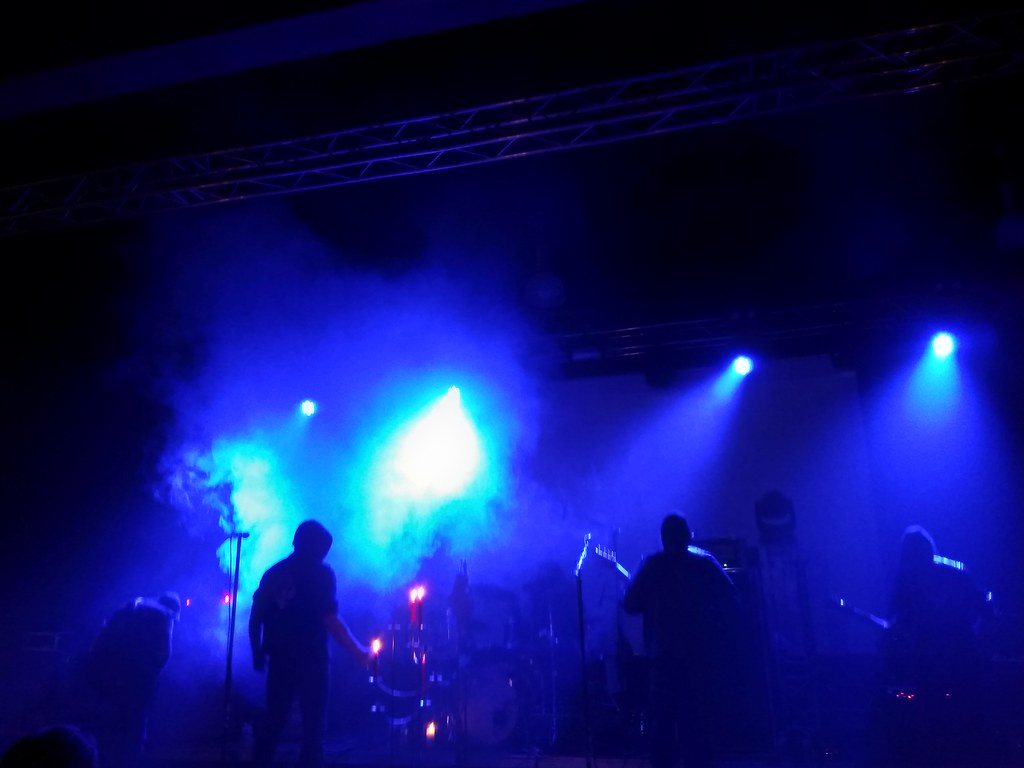 Of course it will raise interest when you have the illustrious Faust (ex-Emperor) in your horde. If you do not know the reason, you do not know the history of (Norwegian) Black Metal. I am not going to delve into history regarding this topic. However, history or not: Djevel does not need this extra attention. With great releases such as “Dødsanger” and the latest excellent “Ormer til arme, maane til hode” album their orthodox, raw, primitive, ultra-Scandinavian Black Metal is of great musical value for connoisseurs of the genre. I really was looking forward seeing Mannevond (also known from Koldbrann) on the stage. Aided by a session bassist Mannevond only does vocals giving a great performance with its fellow bandmates. And man…. Faust really can drum! It was a sight for sore eyes and ears seeing him tightly hit the drums on the stage. With an excellent set list, including the great title track “Ormer til arme, maane til hode”, “Her er ikke spor af mennesker”, “Besatt av maane og natt”, “Banker som doedningekoker” and many more the straight to the point Black Metal reaped havoc on the stage. The audience loved it with some of them head banging as hell. I can only conclude they made a killer performance here in Belgium and look forward seeing them live very soon.

Being around since ’92 Helheim should not be an unknown band to you. This Norwegian Viking/Black Metal act has spawned numerous quality albums such as “Jormundgand”, “Blod & Ild” and many, many more. Unfortunately this band never received the status they deserve. Let us hope this will change soon. Only having seen this band live once I really was curious about their show. And they did not disappoint at all. Good to see that the fire is still burning fiercely in this band. With great enthusiasm and repertoire, consisting of older and newer tracks such as “Dualitat og Ulver”, “Hagl” and other killer tracks, they gave pure hell on the stage. After setting the mood with a guitar intro hailing from guitarist Reichborn and accompanied by beautiful visuals they busted loose with the right amount of aggression and melody. The mix of vocal roars from V’gandr and clean singing from H’grimnir and others is a pleasure to watch and listen to. Let us just hope this band will keep the fire going and spawn a lot of good albums and live shows in the future!

Last but not least Vemod sets foot on the stage. With (ex-) members of Whoredome Rife and One Tail One Head and the superb album “Venter på stormene” (2012) in their pockets they manage to give a thrilling, mesmerising performance. Accompanied with visuals, great light show, a lot of fog and superb sounds the Northern lights seem to dwell in the Qubus. Musically the presentation of their music varies slightly from the record, giving songs such as “Venter på stormene” and “Bortenfor” an extra dimension. Vemod managed to give a spot on performance where melancholy, atmosphere, beautiful interludes and powerful outbursts come together. Music to dwell and drown in. “I dreamt the night gave birth to light” singer and guitarist Asli says almost at the end. And it certainly looked like the Aurora Borealis was accompanying them on the stage. One of the best performances I witnessed this year, and that says something! A beautiful and mesmerising performance is the result and a fitting end to a really great and fun festival.

With a superb line-up, great and relaxed ambience in the Qubus and good Belgium beers me and the rest of the audience had a great gathering in Oudenaarde. Let’s hope next year there will be a continuation so I can attend it again. Special thanks for organiser Filip L’Hommelet. Not only for the great festival but also for the hotel, backstage pass and free drinks. This was too generous of you. On to next year’s edition! 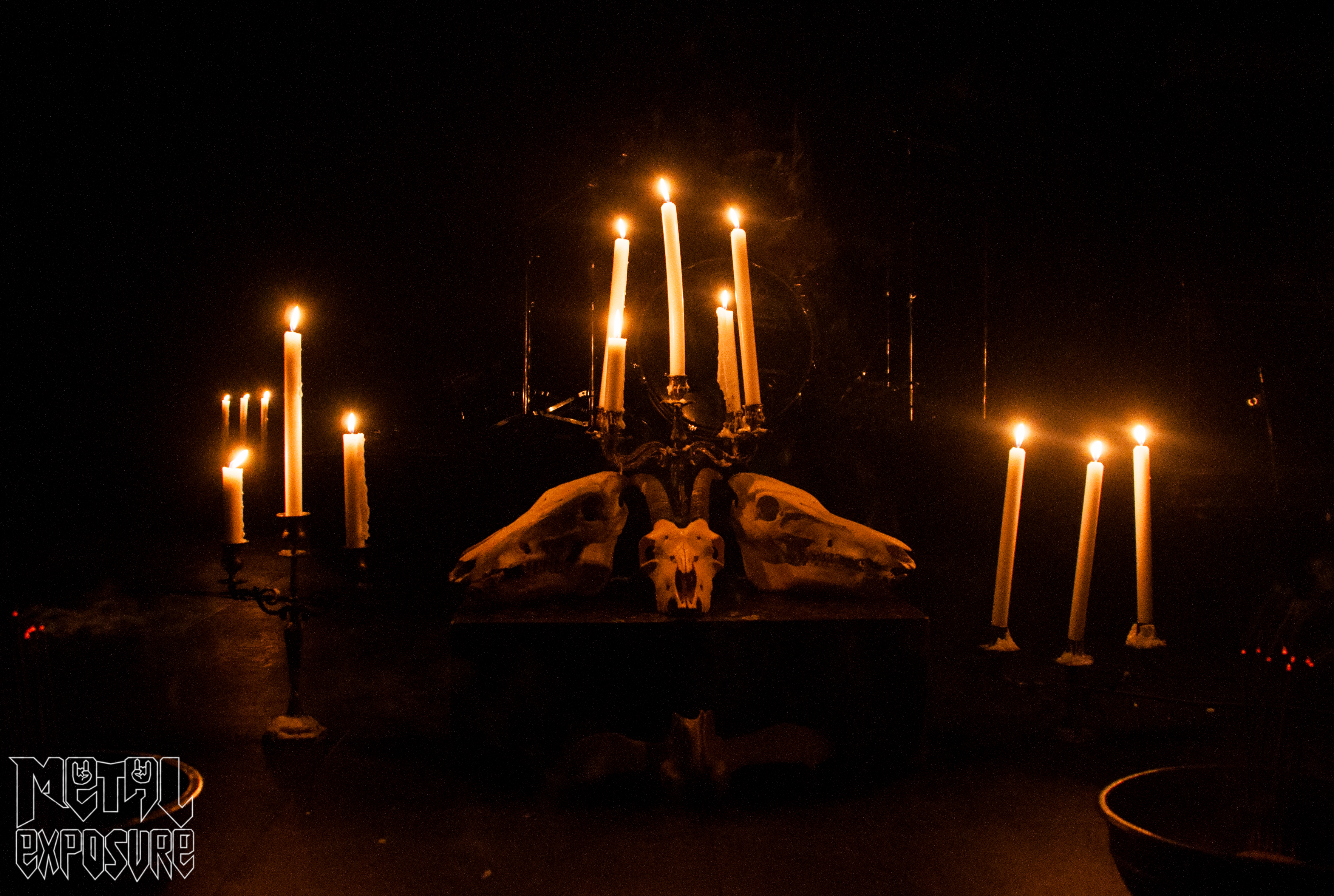 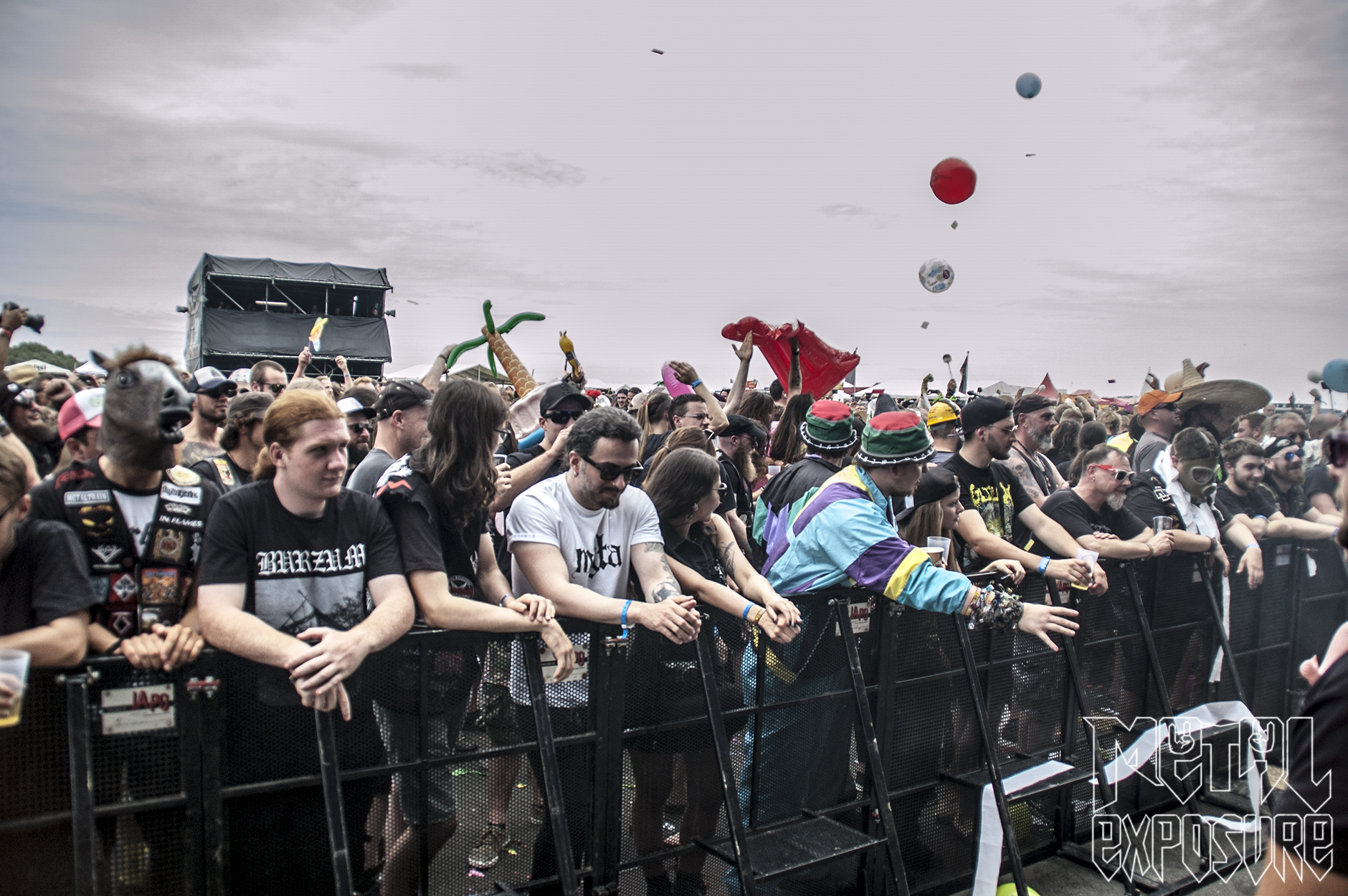 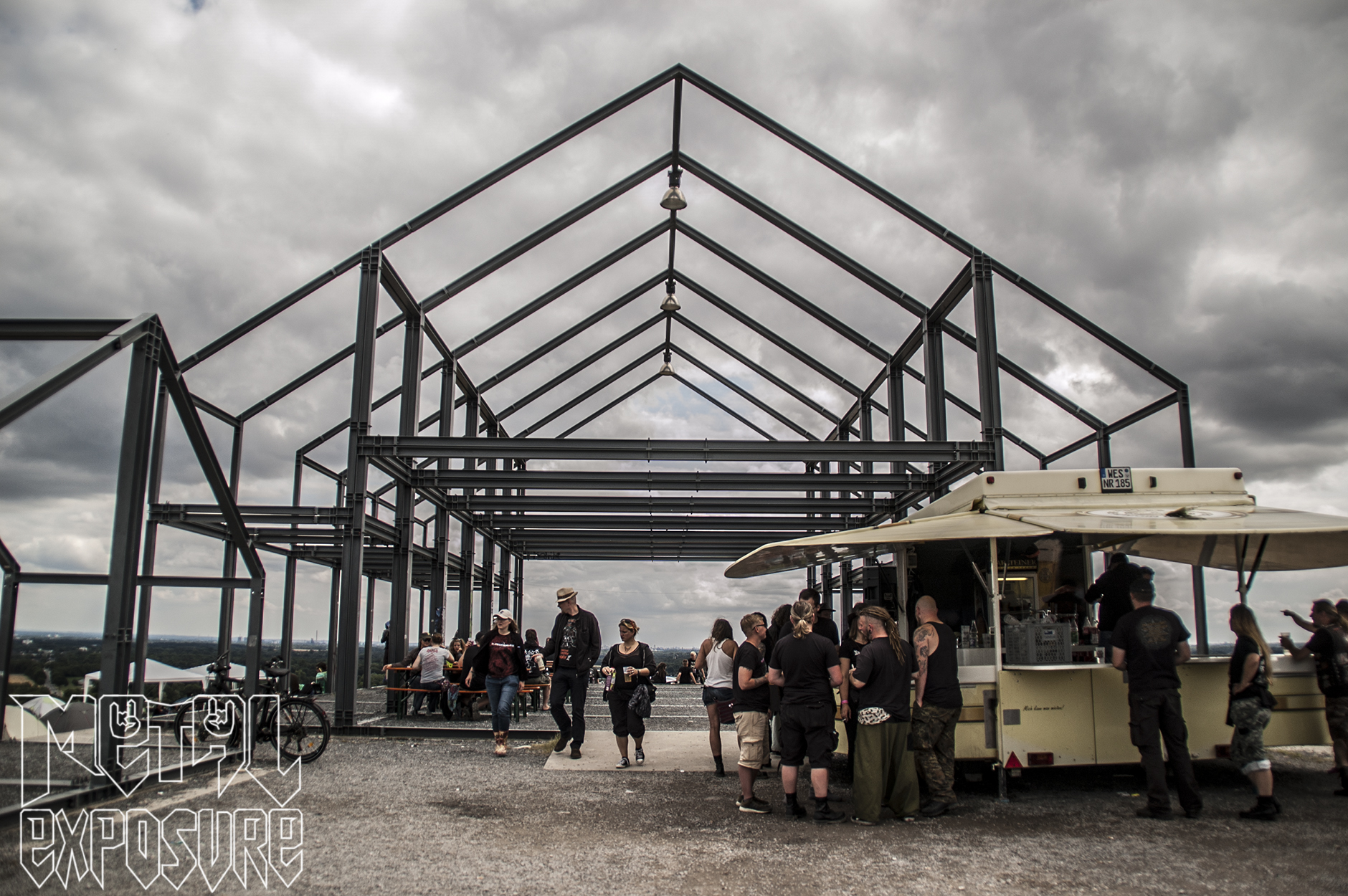