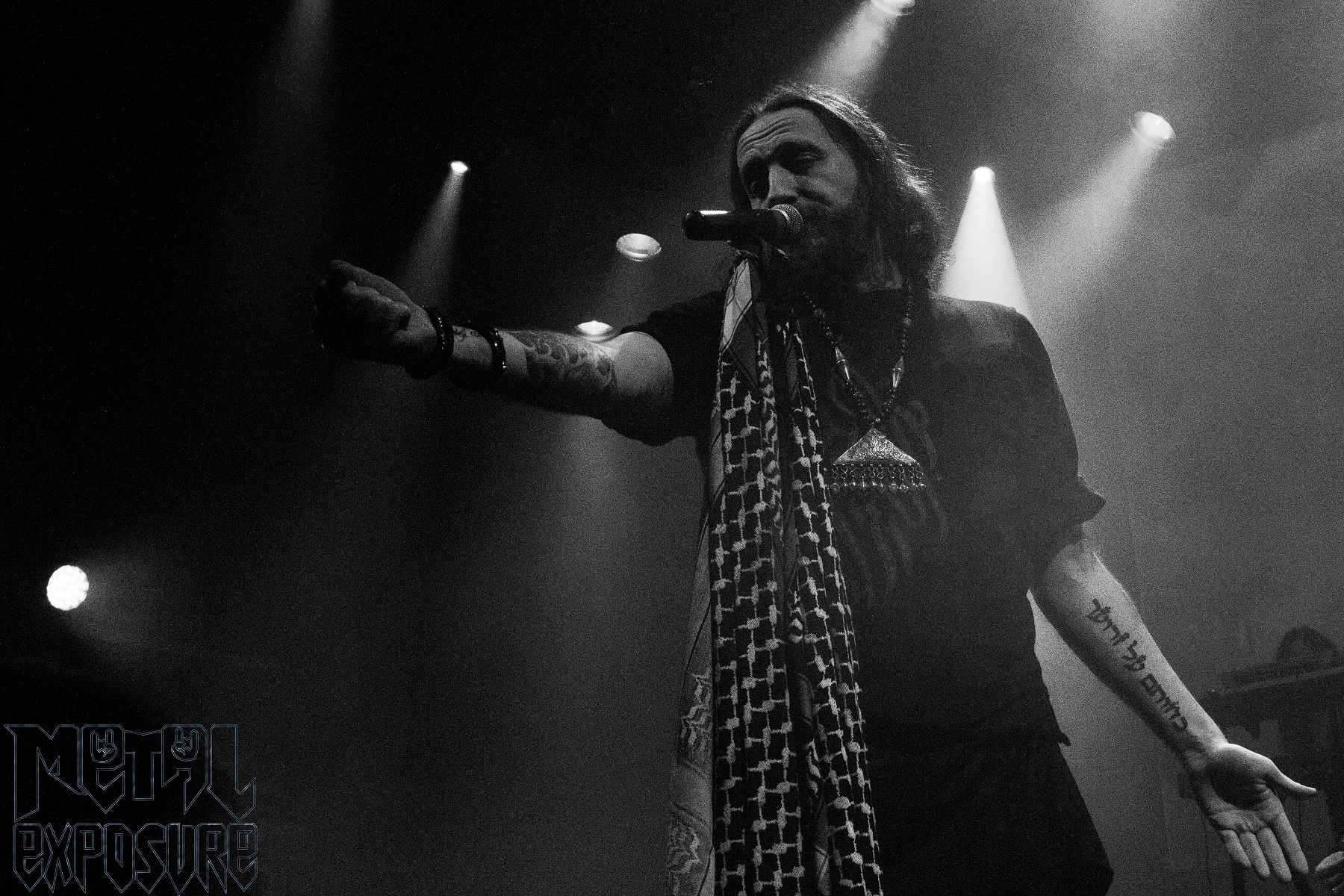 Again we find ourselves in the Doornroosje. This time, Orphaned Land visits Nijmegen for their “We Do Not Resist”- Tour. They bring Subterranean Masquerade and Systemhouse33 as support acts to rock the house.

When we entered the venue, Systemhouse32 was already tearing the place down. The floor was vibrating from the sounds, as their music is quite heavy. It reminded me a bit of Machine Head as well, and the band was moving on the stage quite a bit. The venue was still far from packed. Systemhouse 33 did what they could to warm up the crowd.

Subterranean Masquerade is a band which is more in the same line of Orphaned Land. Just when I thought Systemhouse32 was quite active on stage, Subterranean Masquerade is like a whirlwind. Lead singer Davidavi Dolev jumps, engages the crowd and is a true entertainer. His energy level on stage is almost like no other. At one point he jumped off the stage to stand between the crowd and have a little cheering contest from side to side.

It was a pretty funny moment when he noticed that someone in the crowd had a stuffed bunny. He asked for it, took it with him on stage and held it up high. At the end of the show he emphasized that he wanted the show to be a big party and how everyone should be involved. So he invited those who wanted to to join him on stage, which was a cool sight. Keep an eye out for this band and if you have a chance to see them, do so!

It has been over a year ago that Unsung Prophets & Dead Messiah’s has been released. One of the songs on this album is “We Do Not Resist”, which is also one of the singles and the name of this tour. With six records to this date, finding a good balance between them to perform live will be getting more difficult

.
Tonight was an example on how to  it right. Their most well-known songs from the latest four record were played, where Unsung Prophets naturally had the most, but only by a small margin. Fans were especially happy to hear four songs from the Mabool album, which seems to be one of the fan favorites.

The mix of songs was well put together and we were able to enjoy great renditions of “Ocean Land”, “Brother”, “Let the Truce Be Known” and “Sapari”. Kobi let us know that this was his first tour as a father and because of that, he would love it if the audience sang along with him. Instead of just a simple “la la la”, it becaye “Layla” in honour of his daughter. The band left the stage briefly, only to come back with “Norra el Norra” as an encore.

If you want to see the bands during their tour, there are still quite some shows during the tour throughout April. The our ends on the 28th of April at the Melkweg in Amsterdam. Tickets are still available.