Review by Erik, photos made by Wouter

During Samhain it is trick or treat time with a thrilling line up in Doornroosje (Nijmegen, NL). The Ghouls ‘n ghosts offered this time consists of a packed line up with extreme Metal bands. With acts like Mayhem, Gaahls Wyrd and Destroyer 666 it was real a treat upon your festering ears. It was really crowded and the overall atmosphere was great. A few people decided to show up in Halloween costumes, so it really felt like an extreme metal-fueled Halloween party. With a beer in my hand, this jolly zombie enjoyed a dark evening of extreme tunes.

The time table was quite tight, so I couldn’t cover all the bands. Sometimes there was a little too much overlap in order to see everything playing on both stages. Luckily, compadré Wouter made some quality pictures so you still can get a good impression of most bands that were offered.

After entering just in time the first act I am about to see it is the Australian Nocturnal Graves. With its brute and trashy influences and latest album named “Titan” in their pocket they set fire on the stage. Although the sound was sometimes a little messy, the raw old school metal really delivered a few punches. Surplus was the fact that they used two voices on the stage giving it an additional raw edge. A more than decent opener act for this night and I am looking forward to see them a bit longer on the stage.

For some people Gost might have been a little misplaced on this bill, but if you are a connoisseur of electronic tunes, this band is an absolute must see. A daring choice but it works out perfectly. The maniacal Electronic/Industrial/Synth Wave sounds created by James Lollar combines the melancholy dance tunes of Boy Harsher with the harshness of a Black Metal act. The schizophrenic sounds Gost present today are a treat on your oozing eardrums. Gost managed to enthrall me and the rest of the audience with its dark, sinister and daemonical tunes. The performance was harsh, loud as well as danceable. And at more than enough times, due to the fact the guitarist played some decent riffs, metal enough to bang your heads to. Blending the electronic sounds with standard vocals, black metal screams and loud guitar parts this show set really rocked my ass! Accompanied with a great light show the performance was over before you even know it. Hungry for more, it was a little on the short side. Let us hope this act will give a headline tour very soon. I will be there, for sure!

Unfortunately, due to the strict time table, I had to miss Dead Congregation. But luckily, we have Gaahl and co to delve in some darkness.  Gaahls Wyrds debut album “GastiR- Ghosts Invited” really is something else (for details, see the link to my review on this beloved E-zine). Gaahl, for noobs also known from illustrious acts as Trelldom and God Seed/Gorgoroth, is a unique vocalist which has a wide range of vocal sounds – from screaming till murmuring, singing and chanting. Together with his charismatic, static yet threatening stage presence I was really looking forward seeing the Gaahlsters live again.

After the intro and utterly enjoyable “Ek Erilar” the show busted loose in true Norwegian style. The majority of the songs are from the above mentioned album. Songs like “From the Spear”, “Ghosts Invited” and the gloomy “Carving the Voices” were a treat for my blackened soul. Luckily, Gaahl’s past was not neglected today either. Excellent interpretations of God Seed’s/Gorgoroth’s “Alt Lyv”, “Prosperity and Beauty” and “Carving a Giant” were played. Although Gaahl uttered that there were some technical issues, I did not notice it. The audience swallowed this entire performance greedily. Gaahls Wyrd managed to give a more than solid performance, showing that the debut songs are more than fit for the stage. Really looking forward seeing this great act again in a venue in the nearby future!

I must admit, I am not a huge fan of Mayhem. At a recent interview Mayhem’s bass player Necrobutcher claimed wanting ‘to kill Euronymous too’, but Varg just was quicker doing this evil deed. This kind of statement is really making a joke of Mister Necrobutcher and the band itself. A band of this stature does not need this kind of bullshit to get some media attention. But hey, that is my opinion. Live, I always see a big contrast on the stage: Atilla making a real theatrical show, using skulls, bones, crosses and priestly outfits, while the rest, except Necrobutcher, is rather static in their performance. But let me tell you: this time they manage to get it right because this performance was top notch! With a set list dividing out of three parts they managed to give a great set giving a good impression what Mayhem is all about since 1984. Namely making extreme music which has stamped a mark on how Black Metal is today. At first the newer tracks from their latest offspring “Daemon” such as“Red Blood” and “Worthless Abominations Destroyed” were offered. Tracks worthy giving a listen on and off the stage.

Then after a short break, dressed in their black cloaks “The Freezing Moon”, “Pagan Fears” and title track “De Mysteriis Dom Sathanas” from this ground breaking record were creating havoc on the stage. You could really see that there still are a lot of blacksters out there loving this cult album. The response was great and live these songs are absolute killers. Later on, accompanied by the superb intro “Sylvester Anfang”, we were treated upon some golden oldies, such as the pulverizing “Death Crush” and “Witching Hour” (If I am not mistaken). The show was tight like a virgin’s ass, the light show and overall ambience was great and the sound was spot on creating a more than memorable live show. With great response from the audience Mayhem (editorial note: death-) crushed and mangled the stage. And that means something, when I mention this during a review of Mayhem! So all negativity set aside said before, Mayhem delivered and was deservedly the main act of this evening. A job well done!

As if Mayhem was not enough we still had Destroyer 666 to deal with as closing act for this evenings Samhain experience. The blackened Thrash from these Aussies is of constant quality. Just listen to their latest spawn “Wildfire” and you will concur. On the stage the pure energy and raw, rough attitude and extreme sound of these guys really nailed it. With excellent live interpretations of “Wild Fire”, “Traitor” and “Sons of Perdition” (among others) they managed to set the purple stage ablaze in a little shorter than one hour. Unfortunately I could not see the ending, as I had to take the train home.

Doornroosje manages keep booking great acts and deliver enough extreme variety. Today was no exception. With great ambience, great acts and great pleasure I look back on an extreme metal fuelled evening with some really surprising acts (such as Gost).Roosje, many thanks again and keep up the good work! 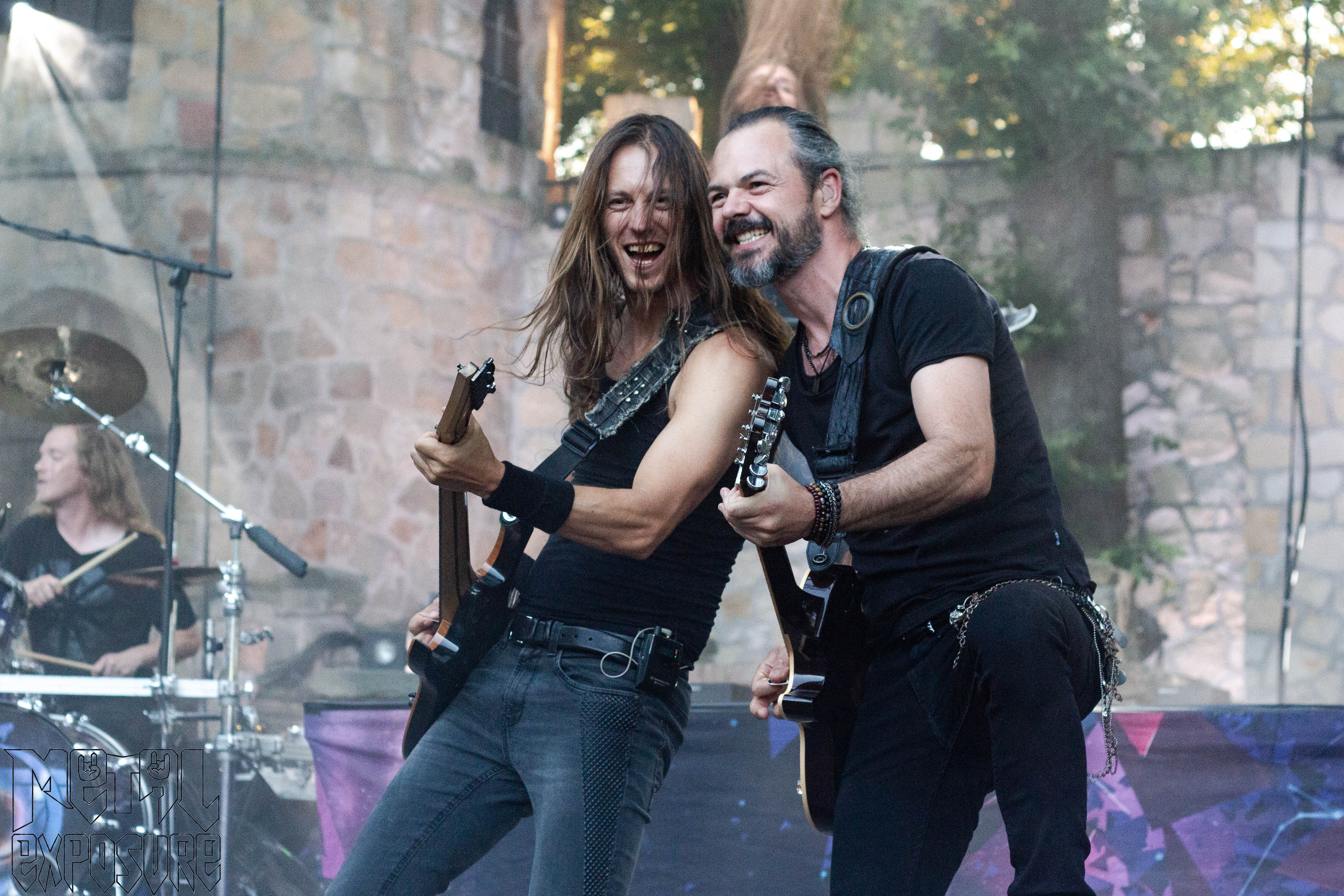