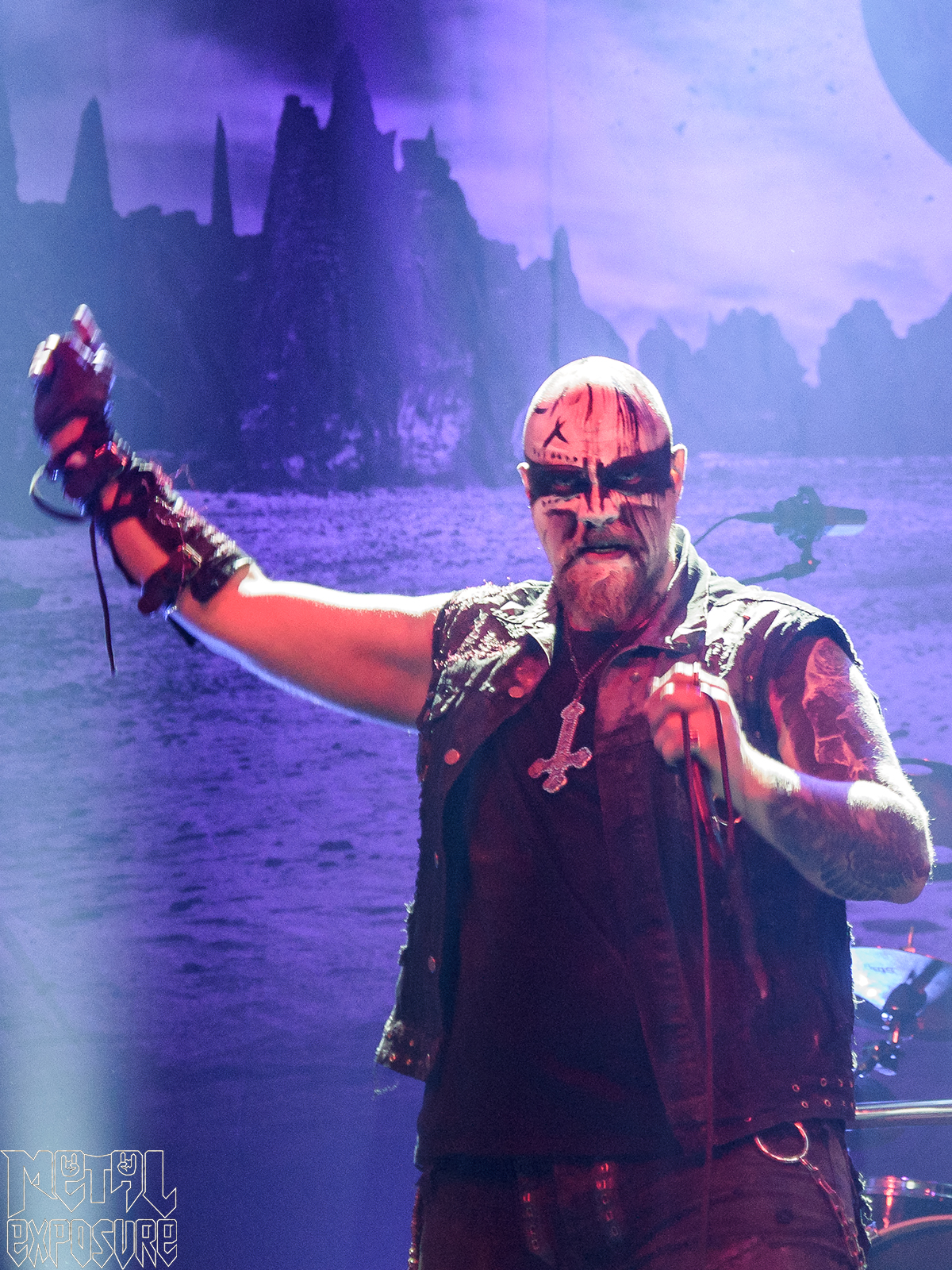 Hedon, Zwolle (Netherlands)
Review made by: Erik
Photos made by: Wouter

2020 has just begun and already Metal Exposure is being treated upon a metal fueled festival.
The battle arena is Hedon: a nice venue in the center of Zwolle. It was great fun to attend this festival. With a mix of international acclaimed acts such as Enthroned, Schammasch and slightly lesser known acts it was a treat upon our ears. With two stages, a bigger and a smaller stage, superb atmosphere and the company of a lot of friends and acquaintances it was a good musical start of the year 2020. 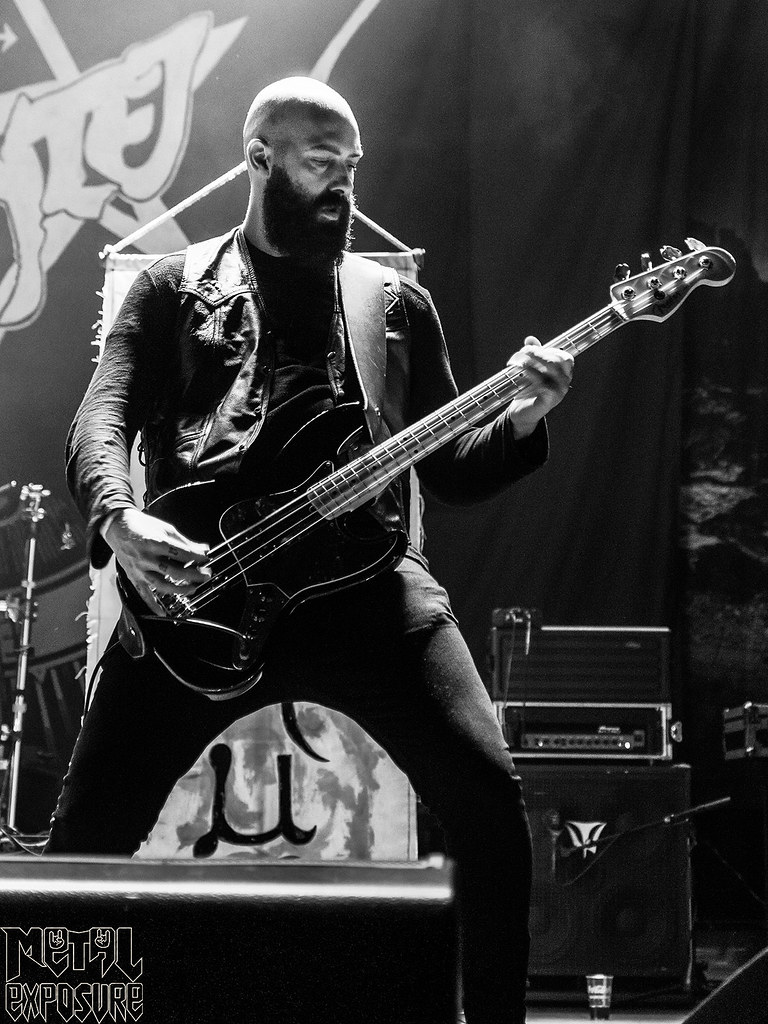 Unfortunately I missed TerraDown. So it is time for Caronte to be the first performance to be witnessed in 2020. These Italian Doomsters managed to make a split with The Ruins of Beverast and King Dude in 2017, followed by the excellent albums “YONI” (2017) and “Wolves of Thelema” (2019). Think of Electric Wizard, Windhand, a pinch of Ghost and many more and you might have a notion on what kind of music these metalheads have to offer. Live they are doing ok but it lacks a little power and determination. Later during their performance it improves a little. On the plus side: they have decorated the stage quite well. With a small tombstone, candles and big backdrop, the big stage is decorated fittingly. Although this performance doesn’t go in the books as overwhelming they did a decent job. Better luck next time and time will tell what’s in store for this band.

Are you a Dutch metalhead? Yes? Ever heard of Inquisitor? No? Shame on you because this Death/Thrash outfit has been out there since ’91. With their latest album “Stigmata Me, I’m in Misery” they managed to thrill critics and fans with its venomous sound, and on the stage it is the same. The fire has not died in this band and we are treated upon some great, both newer and older, songs. With flaming guitars, the extreme drums of Wim van der Valk and, typical, highly enjoyable vocals of Alex Westdijk it is great to see these dudes on the stage again. You could see they really enjoyed themselves as well making fun while introducing their songs on the way. Playing songs as “Condemned Saints” and a handful of songs from their latest spawn it was sheer pleasure to watch. I can only conclude that it was a fun and powerful performance of these guys and look forward seeing them on the stage very soon. 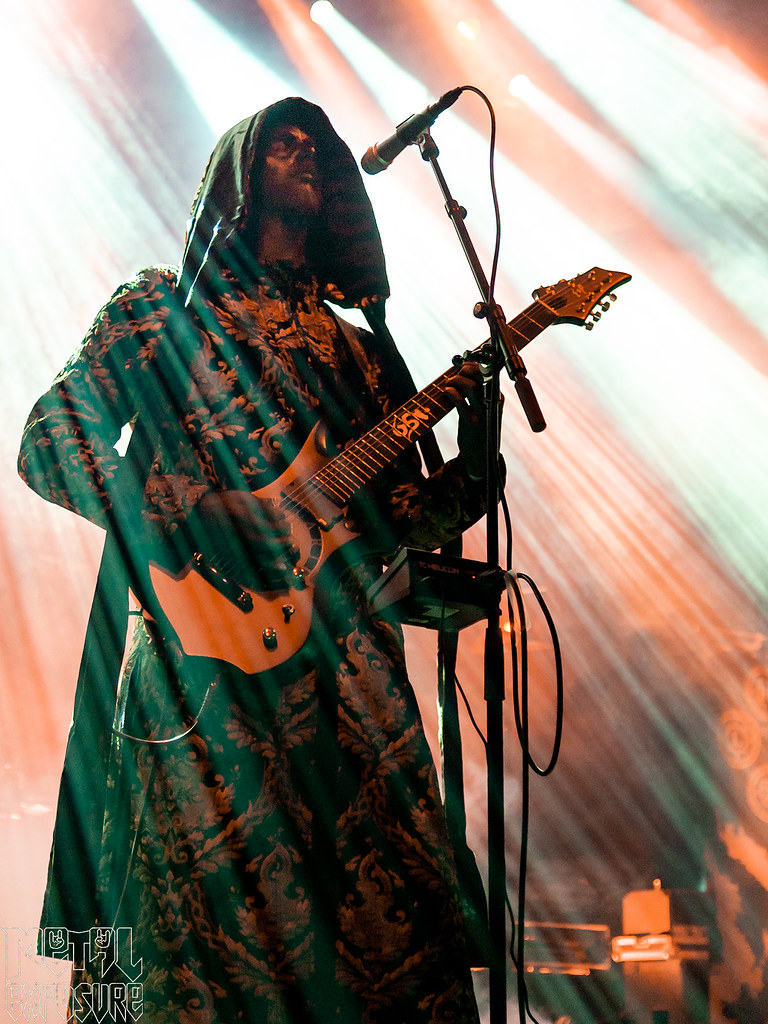 Swiss based Black Avant-Garde outfit Schammasch is something extra-ordinary. Both musically as visually they offer something unique. With their latest offspring “Hearts of No Light” (2019) they managed to get recognition around the globe, and justified, I might add. This music takes creativity to a new level. In my opinion the complexity of this music is best listened at home. But they manage to pull it off live as well; and in great fashion, because the stage presentation, including their unique costumes and subtle yet fitting light show, makes this band something extra ordinary. In the beginning the drums were a little too loud and sometimes the backing track can’t be heard clearly, but these are just slight remarks. After the atmospheric piano/keyboard intro named “Winds that pierce silence” Schammasch managed to enthrall the audience with its mystique, darkened post-Black Metal. Just listen to a live representation of “Ego Sum Omega” and you will be enchanted by its dark and haunting beauty. I got swallowed up whole by this exalted experience. So I can only conclude that Schammasch gave a superb, haunting and nearly spot on stage performance where more introvert passages blend perfectly with more aggressive outburst of this one of a kind act. I really enjoyed this one and can conclude that alongside with Enthroned this was the highlight of the festival.

Desdemonia (Luxemburg) is a band which plays (Groove) Death Metal the way I love it. Straight forward, harsh and groovy. With their latest weapon “Anguish” in their pockets they have released quite a powerful record, albeit walking already threaded pathways. Now it is time to prove whether they are worthy entering the stage. I can tell you: they are! With a boast of energy and a dose of self-confidence these guys enjoyed themselves and the audience with their energetic performance. The direct approach in combination with catchy, energetic song-writing is great fun to listen and hear. On stage especially the funny faces of Marc Dosser managed to give a smile on my face. The forty five minutes were over before you knew it, and that’s always a good thing isn’t it? Go see these veterans live, you won’t be disappointed! Meanwhile I am going to check out their latest record. I advise you to do the same. 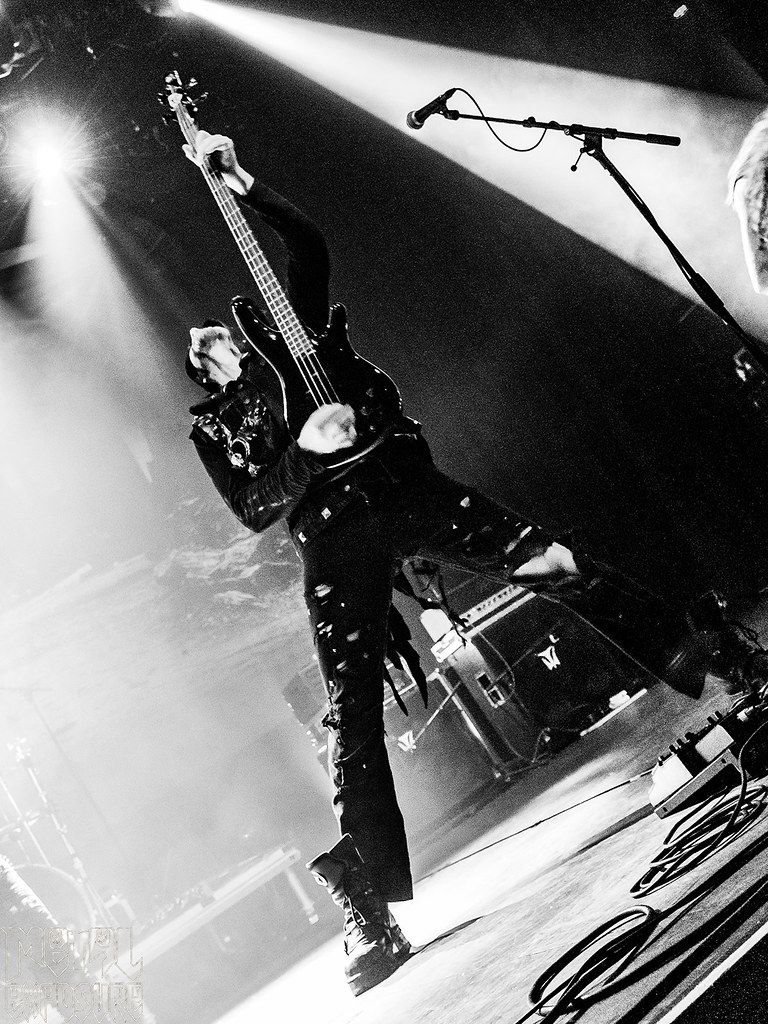 Enthroned has been roaming the Black Metal circuit since ages. No need for an introduction here.
These Belgium Blacksters have quite an impressive discography. Except for the latest album “Cold Black Suns”, I have the majority of their albums in my private collection. The reason is simple: the occult, dark and aggressive atmosphere together with simply superb songs make it that their records never stop intriguing me. Live, Enthroned is a force to be reckoned with. Seeing this act numerous time I can conclude that this is one of the better Black Metal live acts around, and today was no exception. A performance where the ritual, even seance like, atmosphere managed to invoke darkness in the entire venue. The aesthetics of this band are great but they don’t forget to put enough aggressivity in the mix. With a concoction of older and newer songs they set the stage ablaze. Songs as “Nonvs Sacramentium-Obsidium”, “Petroalevm Saliva” and the dark delight “Of Feathers and Flames” were highly enjoyable and perfectly executed. Singer Nornagest proves again to be an entertaining yet extreme front man which presents his vocals in splendid manner while adding ritualistic aesthetics in his stage act. The power oozed from this performance and me and the rest of the audience were covered into a mystical, aggressive and dark experience. Enthroned was rightfully the headliner of today. If you are into Black Metal this act is an absolute must see. So….go see them live, it won’t disappoint. For me the absolute highlight of this evening.

Unfortunately it was time for me to go home so I’ve missed Sepiroth (sorry!). Hedon Zwaar Nieuwjaar was a fun festival to attend and am looking visiting this next year again.
Let’s make a New year’s resolution ok? Stop the “Dutch disease”. Conversating in front of the stage is not ok and shows disrespect to fellow attendees as well as acts on the stage. Please go in the back of the venue and have your discussion there! Besides this remark it was a great evening with great music. And now the first review of 2020 is finished. Of course there are more to follow dear listener…… 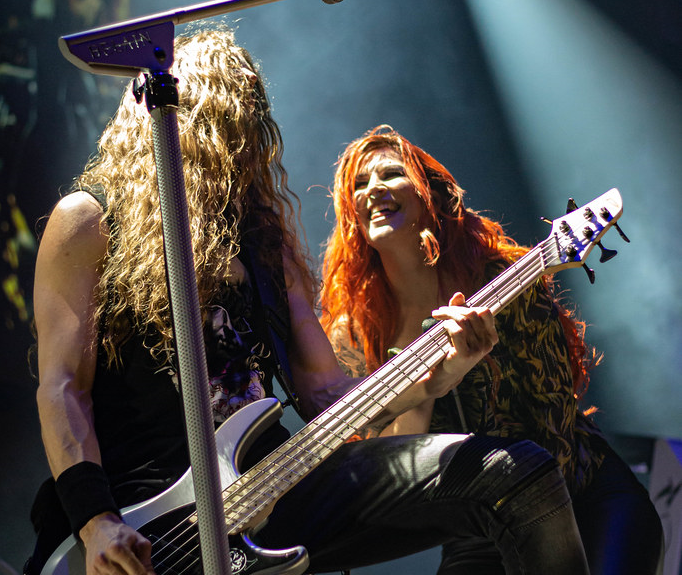 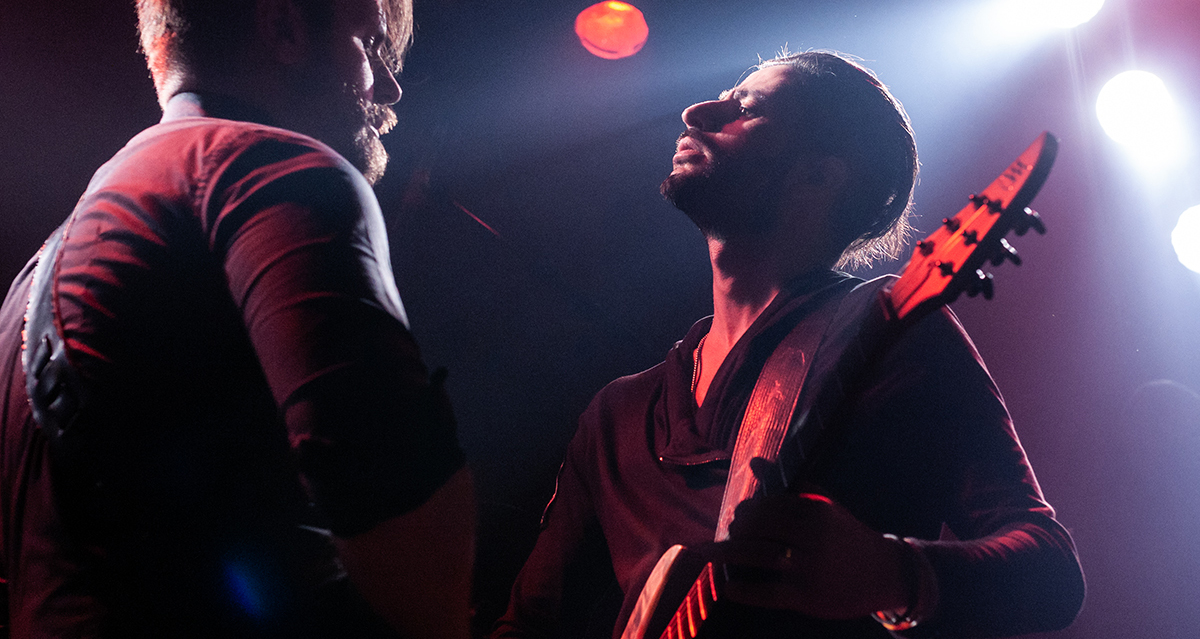 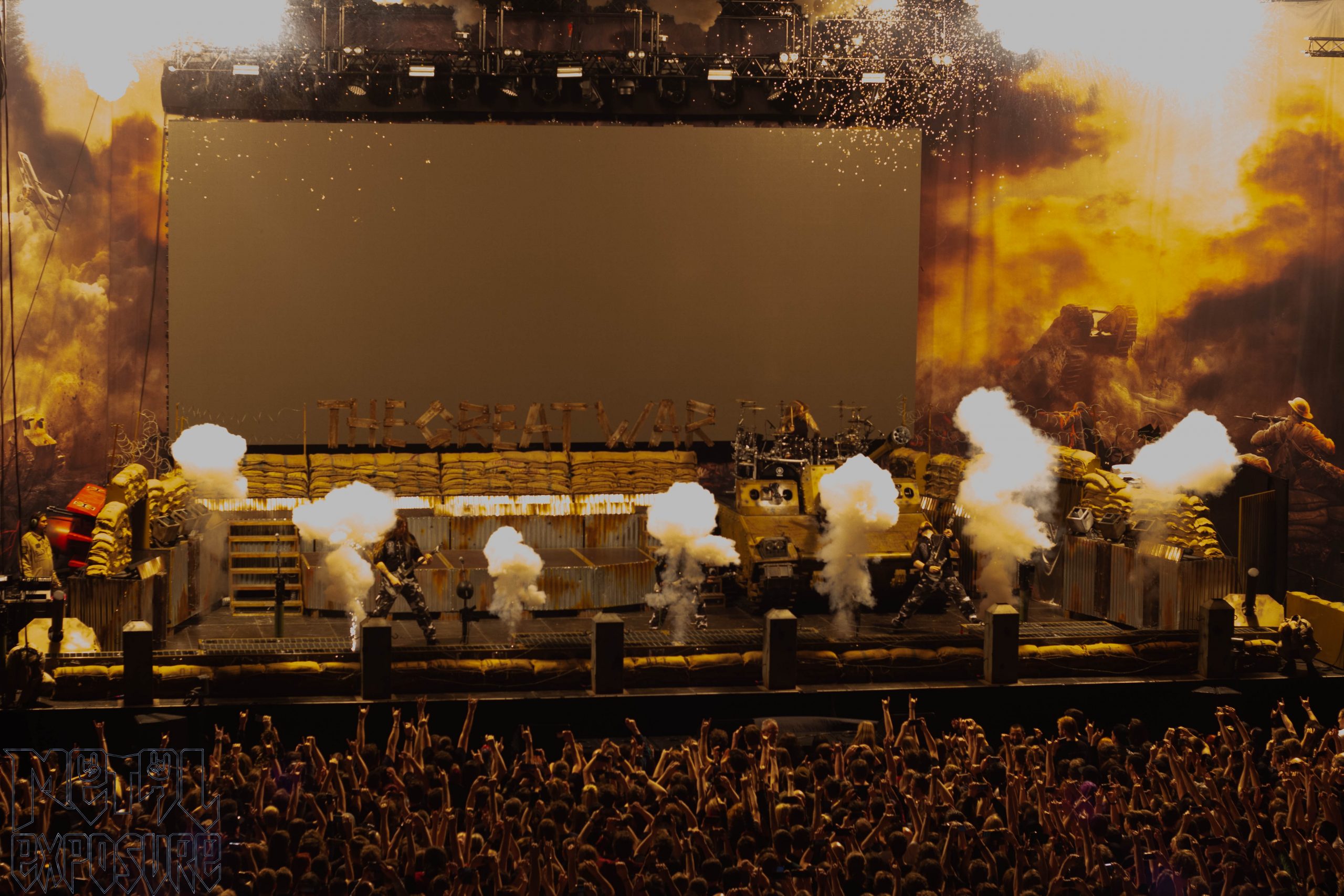