After the succesfull previous editions of Doc’s Blackfest, it was obvious that the WillemEen would be haunted again for another edition of this festival. And with a solid line-up of known and lesser known acts, this thirth edition was sold out! Fortunately, Metal Exposure was present in order to cover this festival. So, through the howling winds we went, into the comfy old-mess of the Willemeen. With so many acts present, it was almost impossible to cover everything. But a valliant effort is being made nonetheless. Read and weap.

First band for me to witness was Fenris, a band from the West of our muddy, ‘Doodenakkers’ riddled country. A brutal combination of Pagan inspired melodic blackened metal. For some reason, although not because of Fenris not playing live often enough, this was the first time I saw them. And putting down one hell of a show! I was even treated upon the guest appearance of Set (vocalist Adversarius), who joined Gilbert (cheers, buurmannetje!) on stage for a song. (W) 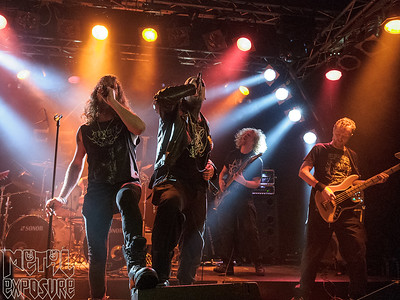 Back to the cafe where the Gorinchem based (relative) new-comer In Manus Tuas had the chance to display their power on the stage. Accompanied with lots of smoke, an ambient intro initiates the mood these Dutch blacksters convey. If you have read some of the earlier reviews, you know I am hungry for music with nineties influences. And In Manus Tuas’ intention is to satisfy this hunger, by making orthodox Black Metal. Allthough no surprises are to be found in their music, they enthousiastically pummel through their live set. With songs as “Invocation of the Serpent” and “Fiat Nox”, they offer a few decent songs. But alas, my focus wanders after a few tracks. I am just missing ‘that’ magic spark. Give these lads some time and I am sure they will get higher on the bill, with better material. The potential is there. 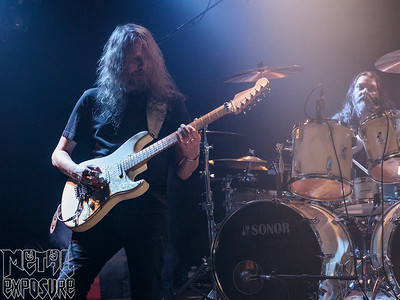 In favor of dinner, decided to skip Nattas for today. All re-enegerized however, to see Morvigor – the band up next. This Dutch band really managed to impress the audience and me with their unique sound. An unique brew of Black, Death, Folk and other musical styles mixed into an intruiging cocktail. Live these guys do not need theatrics. No corpse paint, just loads of smoke and musical atmosphere is all that’s presented. And with Morvigor that’s more than enough to keep us satisfied. While playing ambient interludes on keyboard, their melodic introvert pieces sweep you away, while sudden agressive outbursts offer intense passages. Sad to mention, but this performance is also vocalist Jesse’s last one. Let’s hope that they find a new singer soon. Meanwhile I am going to listen their latest record “Tyrant”. And I advice you will do too.

Quickly go upstairs to the mainstage where Arkhangelsk is making every second count. This Greek band impresses me with it’s tight and powerful performance, despite some small technical problems during the end of the show. With only a self-titled EP and full length “Advent” they set the stage ablaze. It sometimes reminds me of Melechesh. And with that I mean: loads of hooks, breaks and powerful blast beasts combined with the agressive throats of Lem and Bill Kranos. The music might not be very original but the way it is displayed live makes me and the rest of the audience hungry for more. A fierce, energetic and very strong live performance is the result. Job well done! 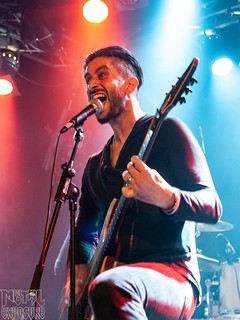 I managed to miss Doodswens at Unholy Congregation in Belgium last year. Luckily, these two Black Metal devotees are playing today in the cafe. Given the fact that they have only a demo and recently a split with Adversarius released, it is justified that they have a short set. And to be honost: I like short performances. When the intensity is dosed right, it might just be enough to deliver a thrilling ride. Packed in a full venue, Doodswens managed to give a devillishly good performance. It was as short as it was fierce. A no bullshit, straightforward show is presented, without any compromise. And with superb songs like “In de Schaduw der Levenden” … just the way I like it! The tight drums of Inge, great orthodox guitar riffs and screaming vocals of Fraukje managed to enthrall the audience for a short while. I can only conclude that this was another spot on performance. Let’s hope these two ladies make a full-length very soom. And let’s hope also that I will see them perform very soon again!

The last few years the Dutch extreme Metal Band Sammath has risen from its slumber and started making music and giving performances again. And with the killer album “Across the Rhine is only Death” they are back. Even stronger and fiercer than before. Same as on record, their live approach is direct, harsh and utterly devastating. With great live interpretations of “Drakenbloed”, Totenhügel and Shot in Mass they play a good combination of old and new material. And man, these guys really can play. The drums are Wim van der Valk are as tight as a virgin’s ass and Jan (vocals, guitar) and Ruud (vocals, bass) are torturing their instruments without any remorse. This is no music for the faint of hearted. It is best to keep this kind of shows relatively short to keep its intensity. Whether you like it or not, Sammath always delivers. The no bullshit attitude together with their powerful and extreme sound makes this performance a blast(beast) upon your eardrums. One of the highlights of this festival and with great response from the audience they again prove to be mighty warlords. I am really looking forward seeing them again in November in Willemeen. 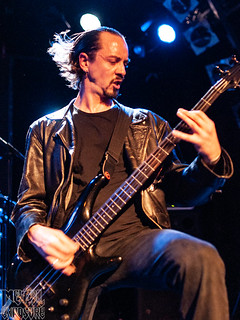 Last but not least is Asagraum. Things went really fast for this act, formed in 2015. Aided with two excellent releases this band is already well-known in the Black Metal scene. Of course, the fact that it is an all female band has something to do with it. But it is also the musical quality they deliver which counts. And with their latest release “Dawn of Infinite Fire” they managed to please both critics and fans. After seeing them live at lat year’s edition Eindhoven Metal Meeting is is good to see them on the stage again. I must admit mrs. Obscura and other members are a bit static on the stage. Does it hinder? Not when the rest of the perfomance is spot on. And this is the case with a fitting lightshow and crystal clear sound. While playing nearly perfect live interpretations from“Abomintation’s Altar”, “They crawl from the broken Circle” and “Gospel of Ignition”, just to name a few, I can only conclude that this band is a justified headliner for this festival. Let’s hope that Asagraum will be around for a long time spawning albums and live shows. I really enjoyed this one! 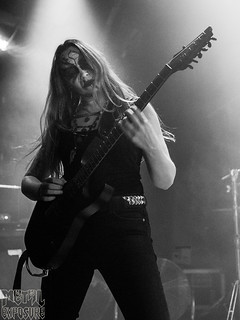 In conclusion: I really enjoyed this festival. The atmosphere was very good, there were loads of friends and acquaintances and plenty of quality bands. Accompanied with a beer in our hands, at least when the camera was off, it was fun to attend and review this festival. Looking forwarth to the fourth edition next year. Thank you Willemeen and Doc for organising this festival!