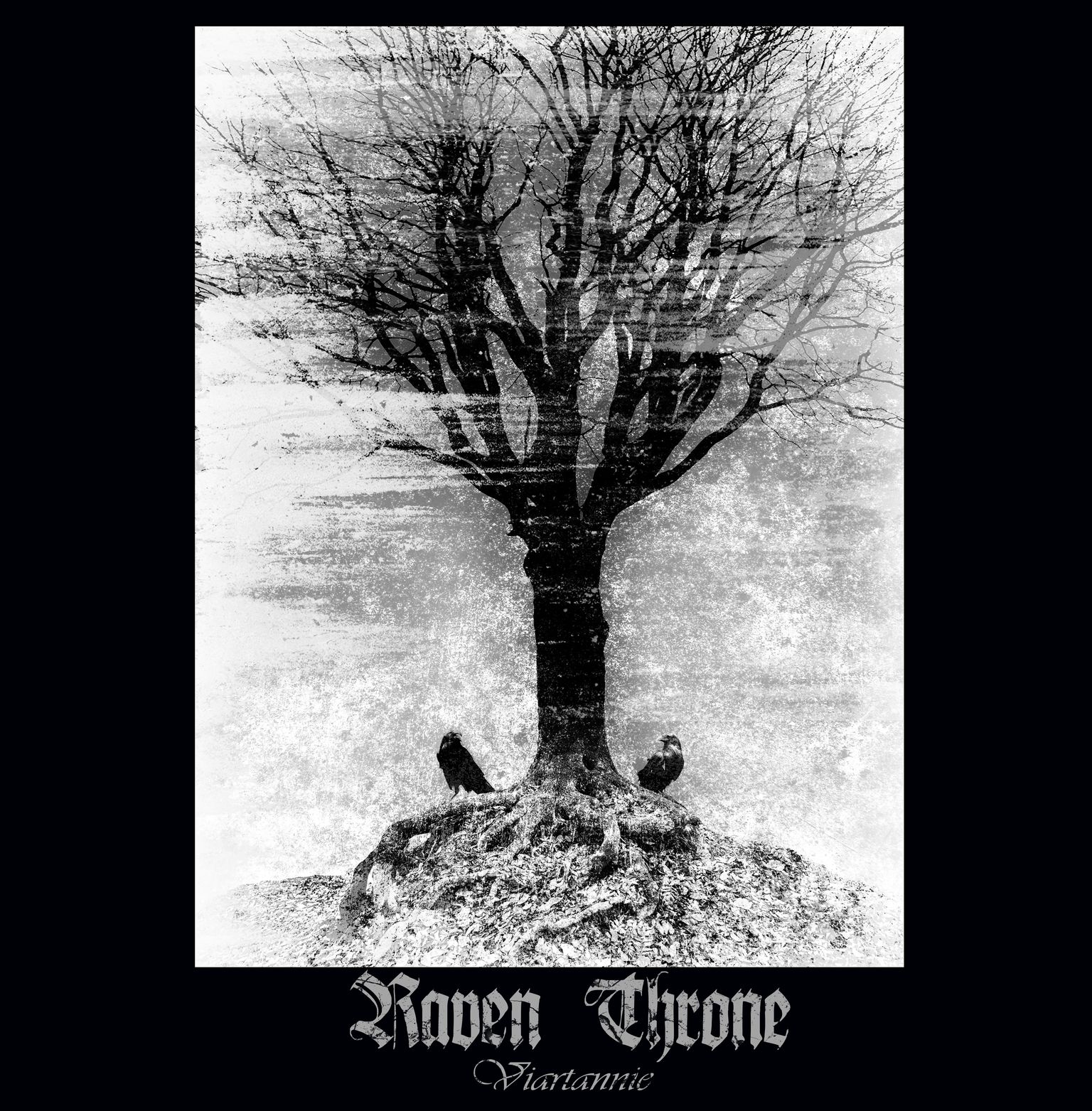 Formed in 2004 in the northern part of Belarus, Raven Throne have already have a quite an extended discography. It’s a pity that I have never heard of them before because Viartańnie is a welcome acquaintance.

As I’ve been told the new album builds upon the classic black metal sound of Raven Throne, combining new soundscapes full of mystical sensations and a ritualist atmosphere. The poetry within the album is shrouded in mystery and symbolism, often resembling mantras or spells. This album is conceptual inspired by the endless Raven Winter. Sounds intriguing doesn’t it? Yes, this album is intriguing and combines all the elements which makes Black Metal great. Namely, loads of sinister atmosphere, compelling riffs, havoc screams and music with a face of its own.

Musically Raven Throne looks back at the second era of Black Metal. This means a sound which delves in the nineties, more specific Scandinavian sound of that time, but also explores some more contemporary elements. A concoction well combined which sees to it that the album has more than enough to offer for your dark soul.

Comprising of seven well balanced tracks the album the album’s first and haunting track Zaklaćcie (Spell), just like Miortvaja Spadčyna (the Dead Legacy) and Spyni serca Vosieni (Stop the Autumn’s Heart) have great and long tension build up and contain a dose of very well executed riffs. Besides aggressivity the slower parts add to the atmosphere and give the listener a well-deserved gasp for breath. Title track Viartańnie (The Return) has some killer riffs and really appealing dark atmosphere. It really reminds me of the nineties. In a good way….I must add. Uładar Ściužy (the Lord of the Forest) is a short, intense and aggressive song. It is over before you know it which is always a good thing. Predecessor Niabačnyja Nici Zimy (Winter Invisible Threads) is intense and has that desolate grim touch before bursting out in frost bitten flames.
Last track U dałoniach zimy (In the Palms of Winter) is a great closing track combining a tension (build up), desolate chilling, memorable riffs and keyboard back track into an intriguing whole.

Is there anything to complain about this album. Well…yess. Although I am a fan of programming this time the electronic drums are frequently dominated by an irritating high hat. It manages to draws me away from the track itself. And that is a pity since the album’s atmosphere, production and sound are generally executed spot on. But be assured, if you can get past this obstacle you will certainly enjoy Viartańnie. So give it a try….