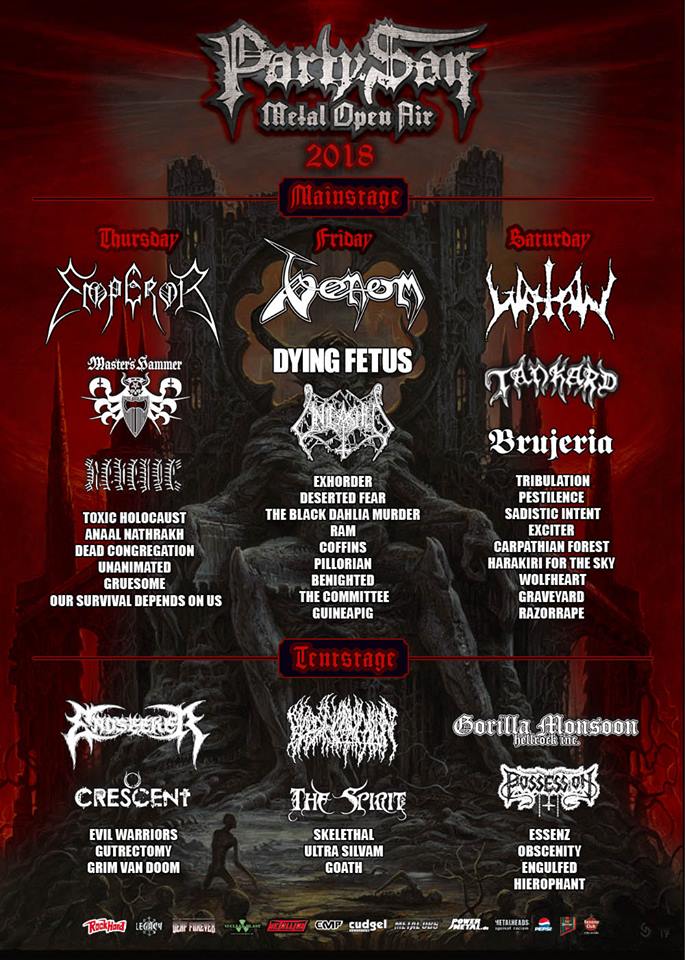 Is it August yet? No? Crap. Well, its July, so we guessed it’s time to give you guys and gals a heads up about the festival we all love and cherish here in the Metal-Exposure staff, none other than PartySan!
Located in the heart of Thuringia (and a little to the upper left), PSOA have long been sustaining itself as one of Germany’s top extreme metal festivals, featuring a rooster of bands that would make an respectable listener of Death, Black, Thrash and everything in between, think positively about making the trip.

This year would be headlined by no others than Emperor, Venom and Watain, and in between them, divided into two stages, names such as Revenge, Unleashed, Master’s Hammer, Brujeria, Tankard, Dead Congegration, Possession, Pestilence, Tribulation, Razorrape, Blood Incantaion and many, many more names to bang your heads to their music!
We’re gonna be there, the question is, are you gonna be there too, or are you going to miss out on one of the best festivals on offer?

For more information and tickets go to the Party San website

To read our report of last year, click here!