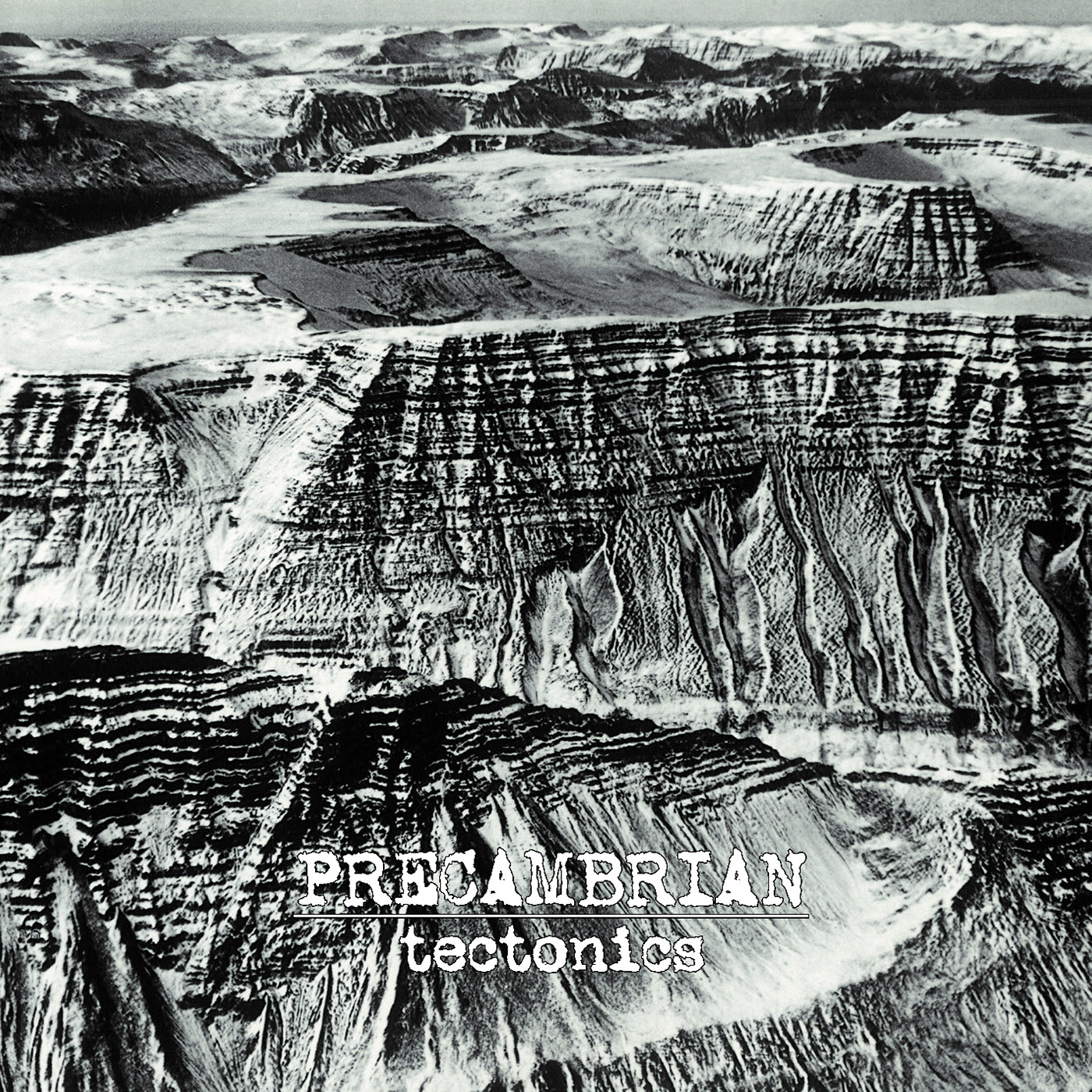 The earth moves and changes at a speed we as humans can’t perceive, spanning over the ages back to the Precambrian, the earliest (informal) geological time. Naming themselves after this period, Ukrainian black metal formation Precembrian are about to release their debut record ‘Tectonics’ via Primitive Reaction.

The line-up of the band currently play in Drudkh, have all played in Blood of Kingu, and vocalist/guitarist Roman Saenko was a founding member of Hate Forest. It’s to these roots that Precambrian returns, carrying forth the aggressive, primal musical legacy of the aforementioned group. The earth may evolve in deep time, in contrast Precambrian does so with blistering, searing speed.

The record kicks off with “Archaebacteria”, carrying the trademark that the Ukrainian scene has become well known for. Saenko’s voice is instantly recognizable, as well as the pummeling drums and hypnotic, gritty riffs. Unlike the later era of for example Drudkh however, the three piece here does not shy away from a primal atmosphere, fitting extremely well to the concept of the world’s formation. While clearly embedded on the foundations of raw black metal, some dissonant and death metal elements are present too.

Alternating with the almost trance-inducing, constant surge of riffs, are the impressive high vocals and guttural vocals of guitarist / vocalist Saenko who sounds outright beastly. Also, while the one passage after another seems to increase in ferociousness and hate, the record offers a few calmer moments. The turmoil calms down for more mid-tempo guitar riffs and drums, giving the listener a bit of time to process all that is going on, for example on “Cryogenian”.

It’s “Volcanic Winter” stands out while listening to the record. Even though it never loses suffocating and dense atmosphere, this five minute piece exerts more variations and at times even could be described as catchy. Album closer “P-Tr. Extinction” surprises too, with a clear wink to black ‘n roll rhythms.

All in all, ‘Tectonics’ is a 30-minute, full on assault of primal black metal. A fan of Hate Forest, Windswept and Blood of Kingu would do well to check this out.