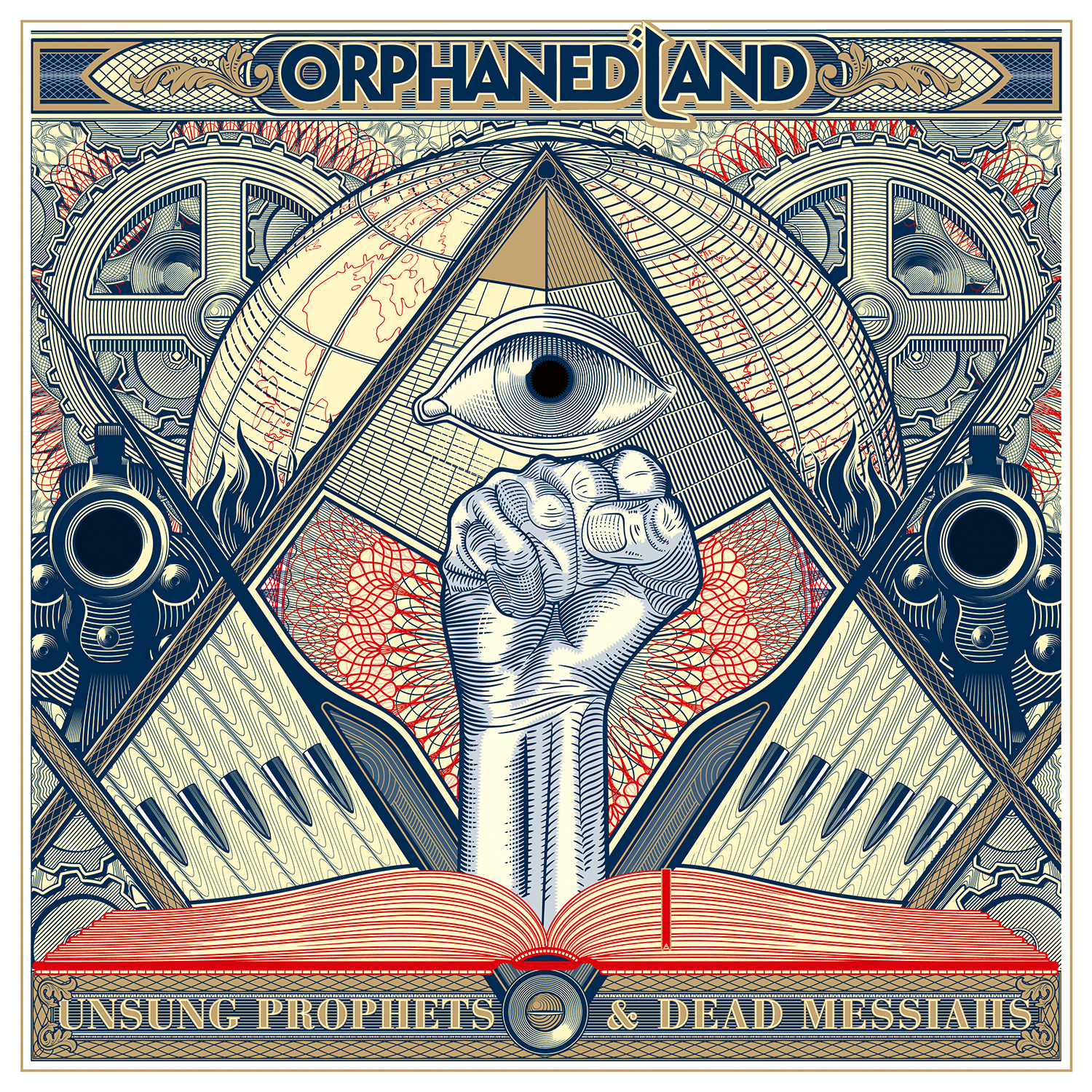 Oriental Metal band Orphaned Land just released their sixth full length album, Unsung Prophets & Dead Messiahs, last week. It took the band five years to complete it, and those were five years well spent. Being a Middle East junkie I think first time I heard of this band was somewhere in the Mabool-era. I always found their sound very unique and every new release so far was appraised by as well myself and other critics. The band evolved with every album until the very progressive All Is One that really had to grow on me.

Orphaned Land is known for their thematic music. Obviously, there are a lot of Oriental influences when it comes to sound; mainly produced by instruments from their region. But also, lyric wise they stick to the religious and political topics and debates that run the Middle East. The band preaches peace and unity and Unsung Prophets & Dead Messiahs contributes to this mission. The concept album honors those (men) who have tried to open up the eyes of the people and tried to lead them towards peace, starting with themselves.

The album starts with The Cave, dedicated to Plato. The death metal influences and growls that seemed to be gone during All Is One, already come back during this first song and it contains everything we know Orphaned Land for: enchanting female vocals, a choir, an orchestra, Kobi Fahri his preaching voice and excellent guitar work from Chen Balbus and Idan Amsalem, for whom this is his first recording with Orphaned Land.

The next songs have the elements more divided. We Do Not Resist is a rather hard and angry song which matches its lyrics that are dedicated to our social and political system. Noticeable is the censoring of some ‘vulgar’ words and I am not really sure why the band did this and if this really is necessary. Even more noticeable is that this happens more than once on the album. More progressive song Left Behind and My Brother’s Keeper also contain censored lyrics.

An oriental overdose is what we get listening to In Propaganda, Poets Of Prophetic Messianism and Yedidi. Especially that last one is what makes Orphaned Land such a unique band for me. The song is completely in Hebrew, the language combined with the oriental sound has something magical; add some metal to it and you have a successful formula.

One of my favorite songs on the albums is Chains Fall To Gravity with Steve Hackett on guitar solo. The song tells the story of breaking free and slowly builds up to an emotional end. You can hear the struggles and despair in Fahri his voice and even after multiple times listening to it, it still gives me goosebumps. I’m a sucker when it comes to Hansi from Blind Guardian so I imagine how pleased I was hearing Like Orpheus. The song again embodies the sound of some despair, but yet it’s a catchy song. No surprise that this became one of the singles on the album.

Only The Dead Have Seen The End features Tomas Lindberg. Now this song is great, it has a nice build up and all elements that define Orphaned Land perfectly work together. Lindberg his vocals make it sound a bit rougher than we are used to, and I’m not the biggest fan of this team up, but strong music lines make up for it. Especially the strings are worth mentioning.

All in all Orphaned Land has delivered a great album. It is heaver than it’s predecessor but still progressive, and mainly: they stayed true to their oriental style. Lyric wise this is a very strong album that hopefully will inspire many people all around the world!