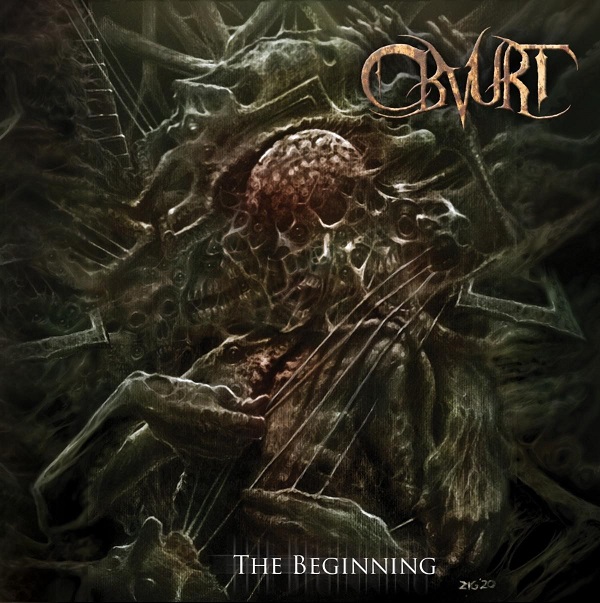 They’ve definitely came out of the gates swinging, it’s just straight up Death Metal! The perfect balance of face Melting brutality, Heavy Grooves, Technical riffs and Melody. No fancy bells and whistles and other bullshit, Just heavy as hell Death Metal! Not surprising though having a Canadian front man. Canadians are the best at 2 things, Healthcare and Death metal. So anytime I see a band is from Cananda I know 9/10 its going to be good. Except Nickelback, Fuck them.

So before getting into the album itself we here at Metal Exposure would like to tip our hats to Vocalist and Guitarist Philippe Drouin. Not only for creating one hell of an EP but for also learning to play guitar left-handed after having surgery on his hand for some bone spurs caused by an accident in late 2016. That takes some serious dedication and just goes to show his passion for creating music and playing guitar, You have my respect sir.

So, Now the EP. It’s a self-titled EP being Released March 31st VIA Brutal Mind. And I have to say I’m really digging this EP. Like I said earlier it’s just straight Death Metal. No overproduction like a lot of bands like to do to cover up lack of skill. Every musician in Obvurt is extremely talented and perfect at their respected instrument. It creates a better sounding product and more organic music. My personal favorite track on the album is titled “Obverted” featuring a guest guitar solo by the hair metal, original speed demon Michael Angelo Batio! That in and of itself is pretty badass to have on your first EP. The song itself is a more mid-tempo groovy song but it’ll make you headbang and mosh.

Rating: I’ll give this EP a 9 out of 10 Stars! Let’s hope they return soon with a Full Album!