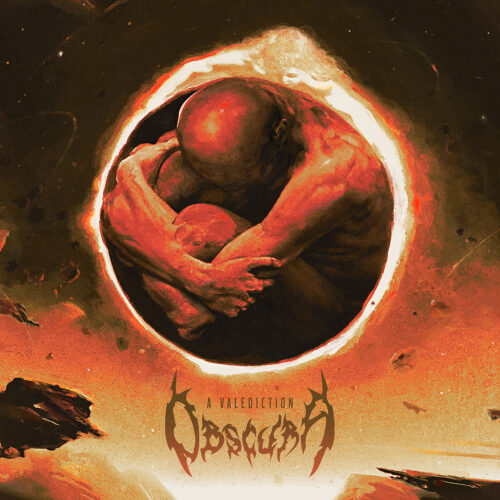 Obscura is somewhat of a modern classic band, they weren’t the first tech death band on the map but they have become one of the most iconic and popular. Cosmogenesis is the archetype of that sound and I have many fond memories of jamming that album back in my early college days.
Unfortunately, there’s been seldom releases from the band’s discography that grabbed me in the same way, some songs were enjoyable, but I couldn’t get into the vast majority of their reptoire to the point that it was difficult for me to say I was even a fan of the band.

Enter A Valediction, and for lack of better words, I’m pretty floored. I’m not sure if this is because it is a newer sound or if it’s because of the production, but this entire album has been incredibly enjoyable and making me rethink my opinion of the band. The techy, busy riffs fly all over the verses and the thrash beats behind them make you grab your seat. The production is punchy and lively and accents everything beautifully. I wasn’t sure how much I was a fan of the fretless bass, but after a few songs I got used to it. Although it still isn’t exactly what I would have chosen for a bass sound. The mids are a little too pronounced and in some songs like Devoured Usurper it fills up the same frequency range as the guitars. That, along with the fairly monotone vocals are really the only issues I have with this entire album.

There are some recognizably off the wall aspects for Obscura, and from what I’ve talked to with other people that like a lot more of Obscura and are a lot more familiar with the band than I am, a fair amount of those people vastly dislike this album. Maybe my liking of this album means I’m not exactly a fan of the band in general? Who knows. Songs like When Stars Collide and In Adversity take on very Swedish, or Americanized Swedish melodies that I can recognize as being very foreign to the band, but that I absolutely love. These songs are still oddballs on the album, and the rest of the tracks are still fairly planted in progressive technical death metal territory.

Just from my personal tastes, I adore this album and am gonna run to my nearest record store to pick up a copy ASAP and gets better the more I listen to it. But to those who follow the band a little more closely than I, it may not impact you the same.

Personal highlights:
Forsaken
When Stars Collide
The Beyond
Heritage