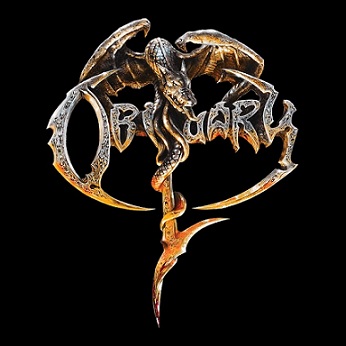 Obituary is one of the best-selling death metal bands of all time and therefore hardly needs an introduction. Their debut album Slowly We Rot (1989) and Cause of Death (1990) are among the most praised death metal albums due to their unique heavy sound and manic guitar solos. Also their live performance kick ass thus expectations are high for a band of this caliber. So the question is, does the self-titled album live up to these expectations? Because to be brutally honest, the last few albums didn’t.

So here it is, the album simply called Obituary. Let’s be critical right away: the artwork could only have been more boring with the logo missing and calling it ‘the black album’. With that being said, let’s move on to the music which is the exact opposite. Their unique heavy sound is much more present on this album compared to it’s predecessors. The riffs have that signature groove again and are often accompanied by the manic guitar solos mentioned earlier. Also the drums are now more actively present creating a more significant difference between tempo changes. And obviously the horrific screams of John Tardy are also part of their unique sound and they are as good as ever. Aggressive and easily recognizable, just like their sound and this album. This is Obituary!

So to answer the question whether this album lives up to our expectations: yes. Everything about this album is Obituary and that’s exactly what we want. This self-titled album, which is their 10th album, is the best you’ve heard in a long time from these legends from Florida. This is one of the most influential death metal bands killing it again.