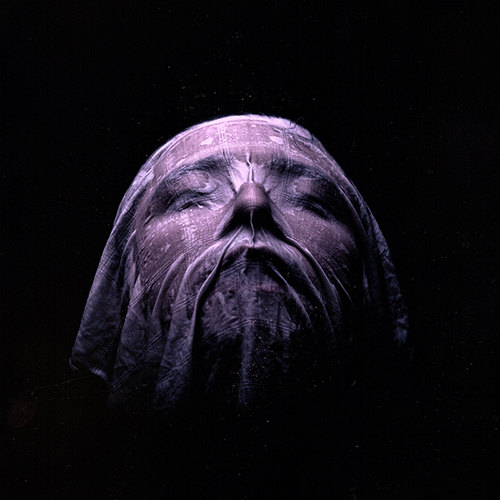 Canadian post-black metal entourage Numenorean left a deep and long lasting impression with their 2016 debut release Home. In the crowded genre of (depressive) post-black, they differentiated themselves with a record that stuck, hooked and was there to stay. Instead of sinking into the quagmire of mediocre ‘music by the mile’ that post-black can be(come), Home was a refreshing, elegant, layered composition that never failed to present hidden details or, more generally, enrapture the listener. Even after three years. No wonder then, that my proverbial neck stretched out longingly upon hearing of the upcoming album, Adore. Well, did I (adore it)?

After intro Nocebo, Adore (12th of April, 2019, Season of Mist) kicks off with Portrait of Pieces; a song laden with desperation of lost love and adoration. Perhaps lyrically not of the original sorts, the music is defining for the other songs to come. Metaphorically, this song (and the album) is a sea under a leaden grey sky, with music like tidal waves exchanging depression and (aggressive) self-restoration. Now battering, than abating, yet ever cyclical and relentless. The mix of laid back bass lines, reverbed vocals (intro) with the upbeat, fast riffing and eerie, spoken/screamed lyrics make for eventful and varied ride. The transition into the more aggressive, bludgeoning Horizon is almost without pause.

What is perhaps the best about the album, are the seamless transitions from aggression to melodic, dreamy and waving soundscapes. Here the somewhat Indie/Alcest(-with-a-roughened-edge) like melodies are housed in what seems to be a roofless house on an abandoned hill. Lonely, overwhelmingly beautiful and lost in sadness and decay.

The riffing on Regret is expansive and gripping, making up for the somewhat forced core-ish vocal sound. The song also goes to show that proper production can do so much good, even at limited dynamic range. The latter is acceptable on the instrumental songs of the album (DR8-9), but bad for the normal songs (DR5-7).

Technicalities aside, the album is awesome, but it took yours truly some spins to fully appreciate it. Perhaps because it is a bit manic at times, with songs like Horizon and Stay both on the same disc. The latter song is an ultimate (if short) statement of longing for a lost love (‘please stay with me one more night’), while the former is a 9.7/10 on the manic-pummelling-screaming ™ scale. But this mixture is also what makes it such a good album: a relentless cyclical revelry between adoration, depression and self-restoration.

Self titled Adore wraps the album and is a bit reminiscent of Home, to my personal delight. A proper intro builds up into up-tempo tension, climaxing in the multi-vocal / single vocal exchange that signatures this song. Personally, I think the lyrics and music are incredibly well balanced here, both in content and poetic sense. Compared to rest of the album, this song is perhaps less complex but no less mesmerizing, which goes a long way to illustrate the talent this band has.

Adore might not be the cold, stylistic perfection as shown on Home, it is definitely a (more than) worthy continuation of this bands’ quality and signature post-black metal sound. Numenorean choose to vary on some areas (vocals) and expand their guitar sound, while sticking to the elegant and balanced compositions. It probably has many more layers and bites that I missed over the many listens, so I will take the coming three-and-something years for additional spins. So, do I ‘Adore’ it? Hell yes!