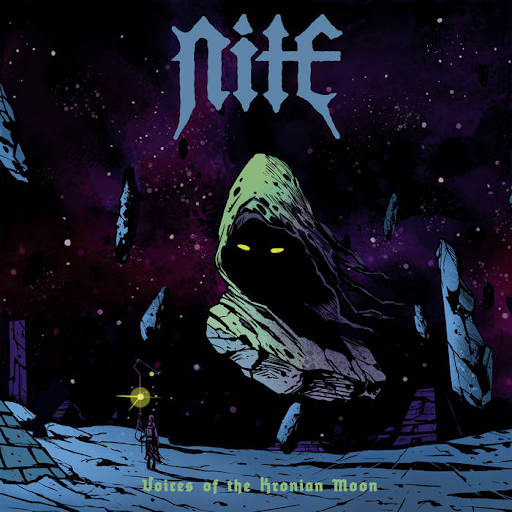 NITE is a newish band from the Bay Area of California that combines traditional metal with black metal style vocals. As fresh as a take as this combination is, I personally drifted in and out of liking and not liking “Voices of the Kronian Moon.” The only real take-away here was the unique vocal and music combination, other than that it felt like they were trying a little too hard to stay inside of a particular box, with the exception of one song I’ll talk about later.

My opinion for the application of harsh vocals like these should either be if the music itself is too dissonant for melodic vocals or that the melodies elsewhere in the riffs carry the vast majority of the melodic content to the point that adding melodic vocals would take too much away from the riffs. NITE unfortunately doesn’t check either of these boxes with “Voices of the Kronian Moon” as the music is very melodic, but not so complex that the riffs carry a bulk of the melodic content. The vocals in some parts seemed like merely a vehicle for lyrics instead of adding any significant rhythmic or melodic contribution to the songs, although in songs like “The Scorpion” – at the chorus for example – the vocals presented a sort of half chant, half ritualistic, tribal cadence that fit very well. There is also something to be said about the black metal philosophy for vocals applied here, in that the music itself portrays the emotion while the vocals provide a documentative role in the musical composition. That being said, there are definitely more highlights to be found in “Voices of the Kronian Moon.”

As the album settles in, it becomes strangely relaxing. The traditional metal riffs, while maybe a tad predictable and generic, become extremely satisfying as they go through the usual tension and release phrasing. The Iron Maiden style chorus in “Kronian Moon” adds some interesting chords and tails to the end of the phrases that did catch my attention, albeit the two-note harmonized melody that starts out very cool to hear gets a bit too repetitive by the end of the song. The clean motifs changing into mildly distorted versions, then into a slamming power chord riff in the song “Liber ex Doctrina” were also pretty exquisite.

Another major highlight of the album I need to mention is the guitar solos, every one of them fit exactly with whatever context the backing riff and rest of the song exudes, the sense of melody and phrasing is also superb. Along with the solos, the production fits the band to exactly what it needs. There’s plenty of old school- styled reverb and “rawness” but the album still fits in a playlist with other more modern sounding bands.

The one track I gotta say is my personal favorite is arguably the black sheep of this album, “Thorns.” Ironically, as much as I am a sucker for melody in metal, this is the least melodic track, instead it is laced with a repetitive rhythmic cadence shared by the entire band, interlaced with a droning, bent-stringed riff that becomes incredibly dissonant and ominous as the song goes on. Here as well, the vocal style fits precisely and I couldn’t help but groove along with the mesmerizing beat myself. The rhythmic droning paired with the ominous chords behind each verse and the vocal style provides the perfect missing link between say Black Sabbath and Darkthrone.

The overall concept of NITE is intriguing to say the least, although it does feel quite forced throughout the album, there are definitely enjoyable sections that in my opinion, are best listened to while doing some other menial task like driving, or playing a video game. I mean that with as much admiration as possible. As peculiar as the band is, one application to which they would fit perfectly is in the middle of, say, some kind of extreme metal festival. Hearing a song like “Liber ex Doctrina” or “Edge of Night” in between a slew of thousands of snare drum hits, tremolo and chugging riffs would be an absolute delight to hear live. As many reservations as I’ve brought up about just the album itself, I know that I would be right at this band’s merch table buying something with the awesome artwork if I first heard them live. 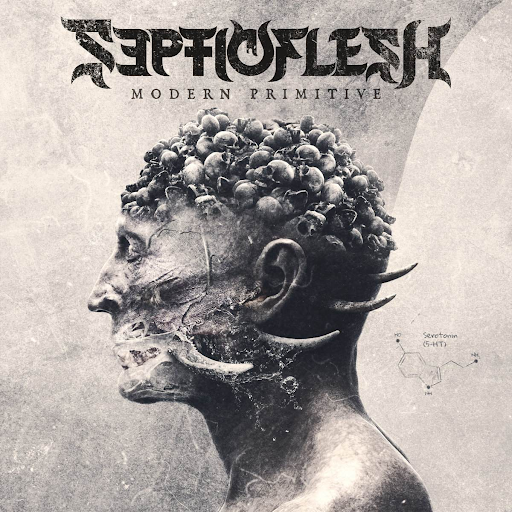 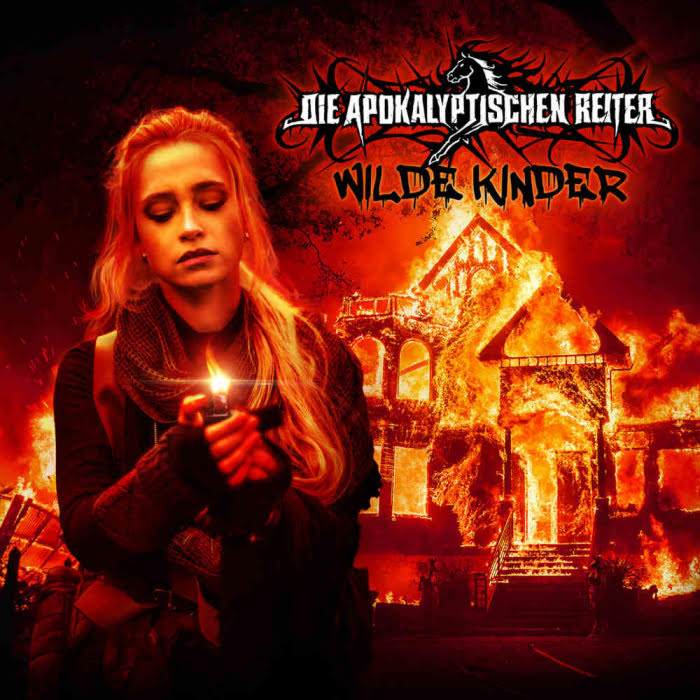 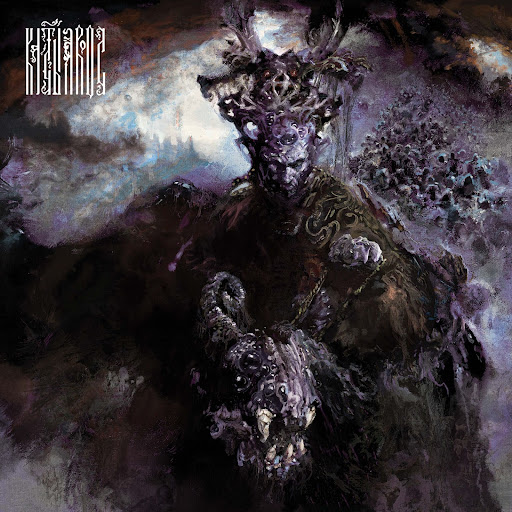