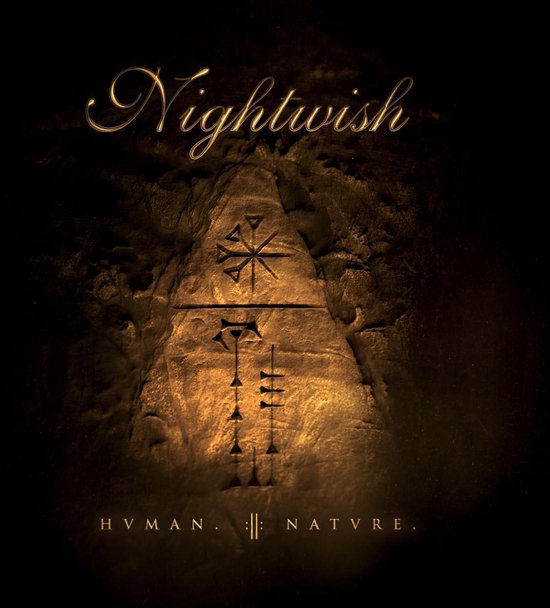 First of all, let me apologize for delivering this review to all our readers this late. Sometimes a record just needs some extra time to sink in, yet a few months after release is quite a bit too late obviously.
To be fair, when I first listened to Human :||: Nature, I did not really know what to think of it. I’ve listened to Nightwish ever since Wishmaster and with the arrival of Floor Jansen, I was hoping to maybe hear some more soprano style singing and the power of Floor’s voice. Although this record does not have a lot of that and is not to be compared with the old work of Nightwish, it’s something special, something unique.

That’s why I felt like I needed to give this record it’s time to set in and I advise everyone to do the same. Human. :||: Nature. is a complex album with a lot of layers and not only that, the lyrics can really get to you. Nightwish has their own sound that can’t really be put into a set box. The addition of Troy for a few albums now, has deepened the sounds with the additions of some unique instruments.

Human. :||: Nature. starts off with “Music”. The song with a dark sounding intro, some sounds from nature and then drifts into a tribal like percussion session. This sets the mood for the whole record to follow. Right from the beginning we can hear the ambition of the record. Floor is put to the test and her vocal range is all over the place. Later on she gets to sing with a bit more power/ The combination of the short but cool guitar solo, the keys, singing and more, it all just fits.

“Noise” was the first single we could listen to and it sketches a painting of our current reality, people being puppets of the (digital) world, losing empathy. With a faster paced middle section, that part reminds me a little bit of Devil and the Deep Dark Ocean.

“Shoemaker” is one of my favourite tracks of the record. The combination of Floor and Troy’s voices is a really nice one. It’s smooth and soft. Most of the songs have quite some complex lyrics and this song is no different. At the end of the track, we can hear Floor use her operatic voice. It’s a bit odd to have this at the end of the song and in this form. It’s like listening to an opera, but I would love to hear this more with the full band active.

“Harvest” is a song with two faces. The way of singing and the melody, at least for the first par, makes me think I’m listening to the theme song of a Disney movie in which a father tells an adopted son about his work on the land and how important it is. The second part of the song is bit more robust, yet it still feels kind of misplaced on the record. In this track Troy Donockley has the majority of the vocals and there is nothing wrong with that, since it fits the song in itself.

“Pan” has everything you’d expect from a Nightwish song. Once again feels like Floors vocal range is all over the place. From smooth sweet dinging to the more powerful chorus. The combined voices of the band in the chorus work really well. “How’s The Heart” sounds more folky with more pipes from Troy and smooth synths from Tuomas. “Procession” is like a mirror. The lyrics hit home and make you think about how we treat the earth. To emphasize this, the lyric video of the song pictures some animals which are facing extinction.

Disk one ends with “Tribal” and “Endlessness”. “Tribal” makes me think of the “Once” record and “Enlessness” is completely different from the rest. Finally we get to enjoy Marco’s long vocal outbursts and the song feels much more ominous than the rest.

Last but not least, there is the mostly instrumental disk two, which contains one very long song, which also works in snippets. “All the Works of Nature Which Adorn the World” is a journey in itself and it takes you to different places of your mind if you listen to it. This is a record which you can easily listen to in a dark room with your eyes closed and just let it take you wherever your mind goes.
With every listening session, you discover more and more about Human :||: Nature. Bass riffs that suddenly appear, flutes that you haven’t heard yet and more. It may take a few listening sessions of the record to completely appreciate it, but it’s a great album.

Tracklist disc 2: All The Works Of Nature Which Adorn The World
Vista
The Blue
The Green
Moors
Aurorae
Quiet As The Snow
Anthropocene (Incl. “Hurrian Hymn To Nikkal”)
Ad Astra