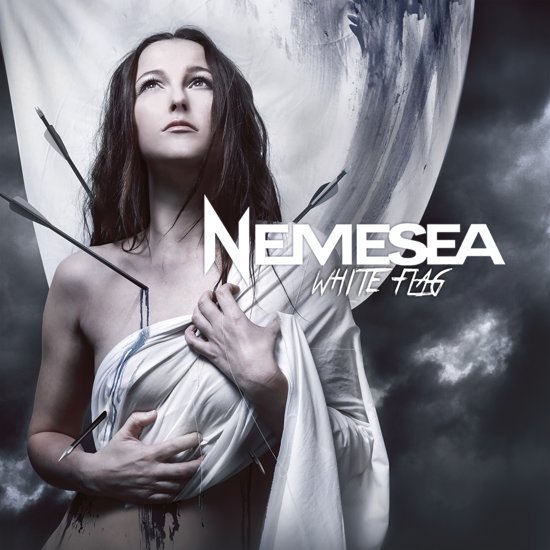 Diverse, if there is only one word we may use to describe Nemesea’s latest album “White Flag”, it’s diverse. Now, this isn’t a bad thing, but with fourteen songs on the record, can diverse be a bit too much?

Talking about “Nothing Like Me”, it seems like Sanne tries a different way of singing during this song, yet to me it felt more forced. The chorus is fine, yet other parts of the song were not that great. The opposite can be said about “Rise”, which for me is the best track of “White Flag”. It’s simple, yet has groovy guitar tracks and the chorus is quite powerful.

Synths have always played a big role on Nemesea’s records, and it’s no different in “White Flag”. The songs switch from the short single “Kids with Guns” which to me doesn’t leave a lasting impression, to the almost techno-vibe like “Don’t Tell Me Your Name”. Nemesea’s “White Flag” is all over the place, with the band sounding like Paramore, the latest Within Temptation and more.

In “White Flag” we can hear what the band is capable of and especially what Sanne can do with her voice. Often, the first record with a new singer is only the beginning. So we are curious what the future will hold for Nemesea as the band gets even more acquainted to eachother. “White Flag”seems like a new start for Nemesea and it’s a diverse and decent album, yet sometimes it misses that spark which turns a song from decent to great.

Tracklist:
The Storm
Kids with Guns
White Flag
Sarah
Don’t Tell Me Your Name
Fools Gold
Ratata
Nothing Like Me
Lions
Heavyweight Champion
Rise
Let This Be All
Sayonara
Dance in the Fire