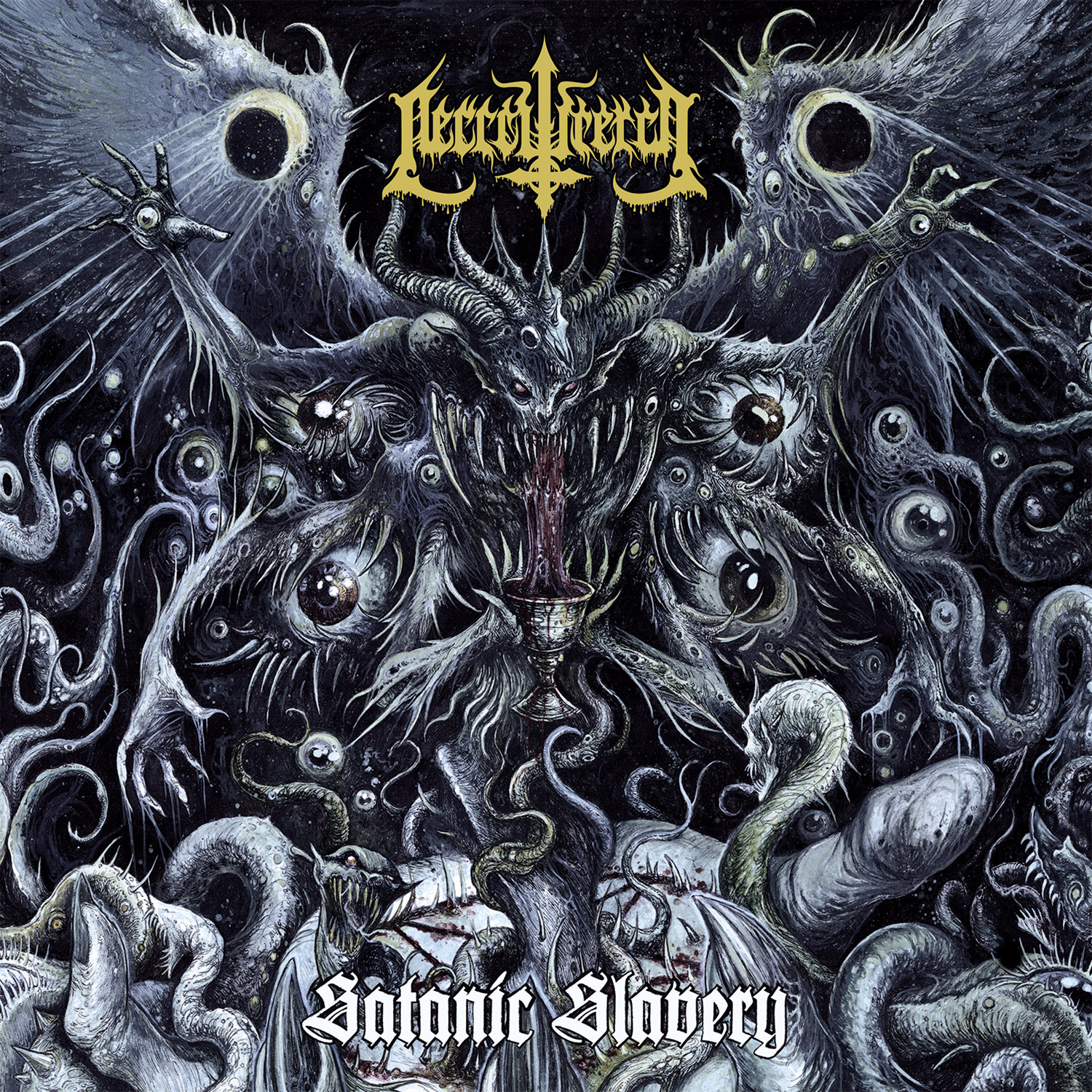 Necrowretch began their life at 2008. A few French youngsters who decides to take up arms and renew old pride in dirty, filthy, devilish Death Metal of the 90s and by 2011, the band already had one of the best EPs of that year out, Putrefactive Infestation.

That year, before I bought the above-mentioned EP, I also caught them live. The name, Necrowretch, was cool, so I went over there with a beer in hand and up on the stage, were a bunch of young, energetic guys, who seemed to most of us as… little kids, really. Little did I know about the date my forehead would have with the cup, as at a certain point I couldn’t contain the headbangs.

Fast forward to 2017, Necrowretch are a well-established band in the world of underground Death Metal, with a new full length release under their belt that does not take any prisoners and is still in the same path as their previous releases, only far more interesting. The core of Satanic Slavery is the same dirty tune we all love, as “Sprawl Of Sin” shows right off the bat that the stinking corpse we’re dealing with here is nothing less than a smelly mix of old school Death Metal ah-la Merciless and Grotesque and even some old Thrashy tunes thrown in.

The madness begins with fast as hell, drum bangs, aggressive as a barrage of bullets flying all over the place. Vlad’s gritty vocals have grew a ton since the bands’ earlier releases, but by no means gotten softer. If anything, it just became more fitting, like the spewing sewages of hell itself. The album’s title track and “Tredeciman Blackfire” that comes before it, continues the absolute putrid warfare that is this album and doesn’t relent for even a small moment.

The better thing about this release tho, is that from time to time the band manages to squish a more melodic moment while building up tension right before unleashing another attack in the middle of the song. Oh, I see you’re worried that I said “Melodic”. Rest assured, those parts aren’t actually too melodic and are derived more from Necrophobic and the like, they’re just not as skin ripping as everything else and are placed in the best of spots during songs.

The Frenchies themes have always been the occult and the lyrics are, as expected, talking about anything from the conquest of Satan’s armies, to the defiling of virgins in the name of hell and even though it’s a subject that has been prominent in most extreme bands out there, it’s not sliding off to the realm of sounding too ridiculous, because, come on, no band that names their songs like “Bestial Rites” and “Verses From The Depths” could ever speak about something other than hell itself. Satanic Slavery isn’t even 40 mins, and with such high devilish octane, those minutes pass by too fast.

This album is a major standout in 2017, and is surely to please each and every Death Metal listener out there. It is most certainly not anything one didn’t hear before, but the musical twists and turns here are what making this album so stellar and interesting throughout. Get it.