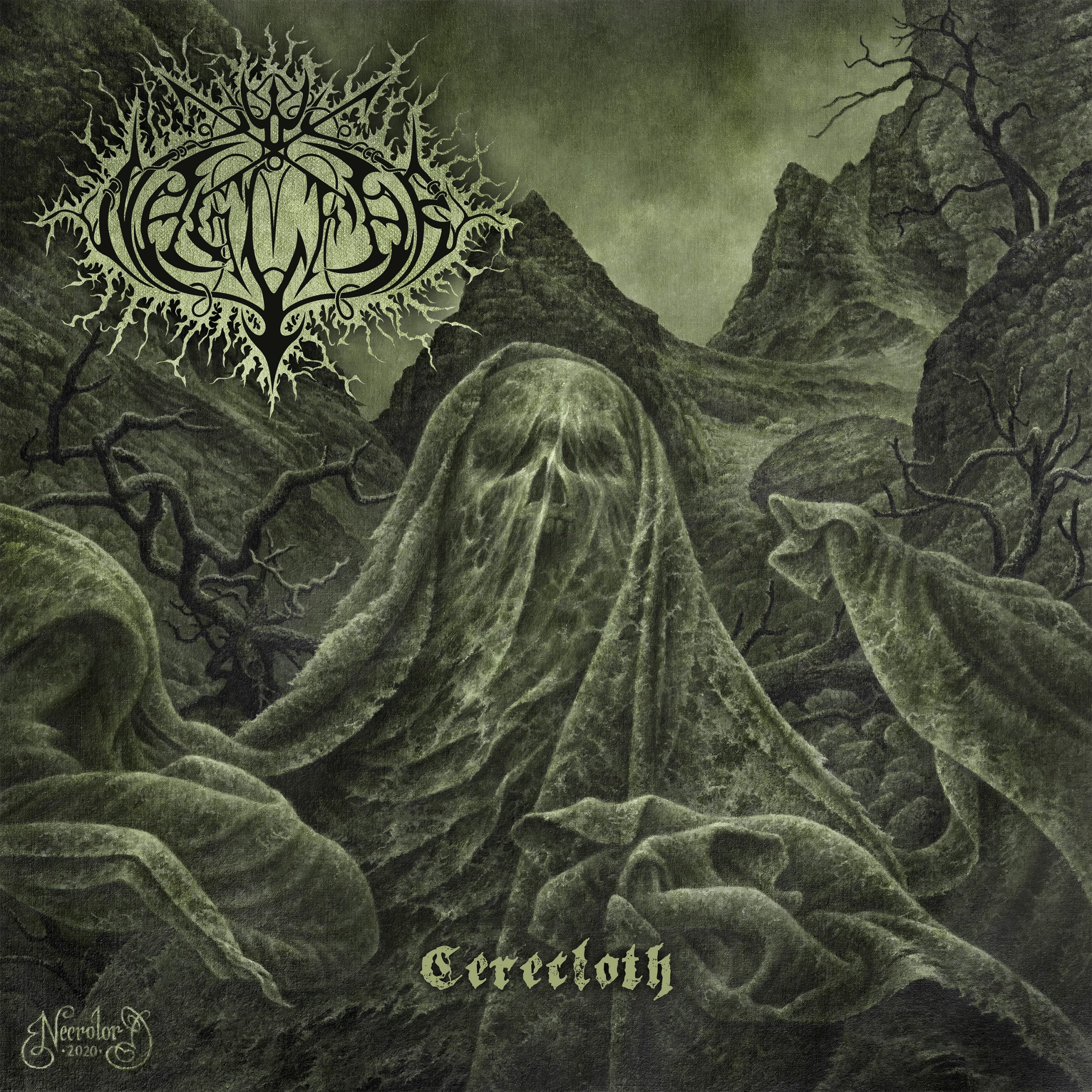 It’s hard to believe that it has been eight years already since Naglfar their last album Téras was released. The album followed in line after Pariah and Harvest, whereas Naglfar their sound became less raw and more polished.
As with many bands there are ‘old sound’ and ‘new sound’ camps, but I’m in both camps and I simply like every album; bands evolve, deal with it.

That being said, I also have to confess that my heart jumped a little while listening to Cerecloth for the first time. The first impression of Cerecloth is that this album is raw, much more like the older albums. If you don’t listen to it with enough of your attention, it almost sounds like an old fashioned garage tape. Yet giving it multiple spins, the details in the recording do stand out a bit more, though their still could be something said about the overall recording and mixing.

Starting with title track Cerecloth the sound instantly is recognizable, one huge wave of angry black melodic metal is coming towards you, and will hit you! It will let you enjoyably drown in it from start till finish of the album. Fast paced riffs are dominating, blast beats seem to be never ending, and you will only be given time to breath during the few guitar solos and slowdowns in the tempo that can be found here and there on the album.
During Like Poison For The Soul with its surprising bass guitar opener, for example, where the tempo slows down a bit every now and then, or the easy going Cry of the Serafim.

Highlights of the album are the more varied track Horns with its outstanding guitarwork. Not only on Horns, but through the entire album, the guitars truly are what make this album worth listening most. The interaction between both gentlemen, fast riffs, little solos, they keep asking for you attention, and you better give it.
The epic Necronaut stands out as well. It’s probably the most atmospheric song on the album, with a great build up. The band almost seems to be experimenting a bit here, since it’s somewhat different than the general sound on the album, yet still very recognizable.

I’ll recommend Vortex of Negativity and Last Breath of Yggdrasil to all fans that ‘just simply want to get that good old Naglfar feeling’. Though these songs aren’t any renewing at all, this is fine. Naglfar does what they do best here: straight forward angry raw, yet melodic black metal. Piercing, almost demonic vocals with an atmosphere that remind me of the many live shows I’ve seen. It makes me feel nostalgic.

Cerecloth almost makes me feel like the Naglfar circle is complete since the album feels somewhat like a summary of most of their previous work with some new colours added to. The recording could have used some finetuning every here and there, but the overall raw sound isn’t disturbing and all and gives a nice nostalgic touch to it.

Tracklist:
1. Cerecloth
2. Horns
3. Like Poison For The Soul
4. Vortex Of Negativity
5. Cry Of The Serafim
6. The Dagger In Creation
7. A Sanguine Tide Unleashed
8. Necronaut
9. Last Breath Of Yggdrasil