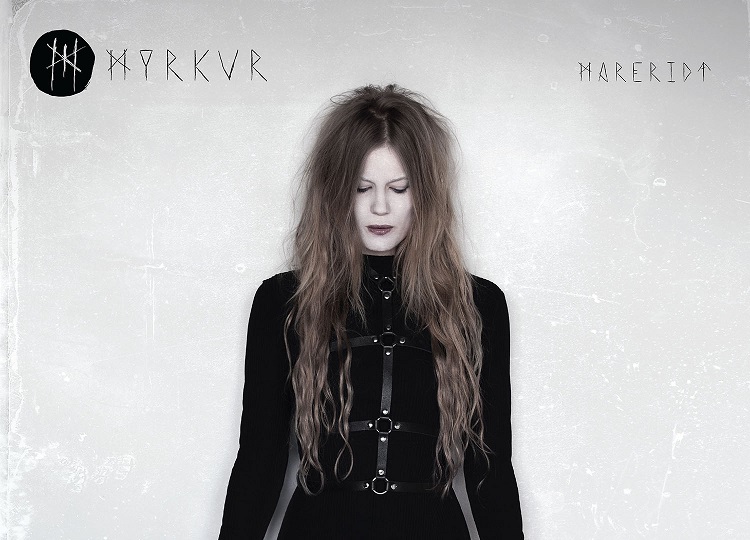 Danish/American vocalist Amalie Bruun stormed the metal scene with the self titled EP Myrkur in 2014. Coming from a indie music background and daring to use her classically trained voice in black metal, Bruun was rewarded with a shitstorm on the internet and was ferociously haunted by trolls (not the cool Scandinavian type of trolls). Withstanding all of this, Myrkur followed through with her debut album M and the successor Mareridt, which is to be released in September.

Mareridt stands for Nightmare referring to a time where the artist was plagued by nightmares. Instead of trying to shove the nightmares away, Myrkur started to embrace them, documenting them and ultimately turning them into the new songs you will find on this record.

The record opens with the beautiful self titled song ‘Mareridt‘. Myrkur lures you in with a piercing, melodic call, which you can imagine resonating in the vast woodlands (those who have seen ‘Ronja Rövardotter’ can probably fathom what that might sound like). The soundscapes in the background of weather and traditional instruments conjure up the image of grey, yet magnificent fjords in the mist.

After the purity of ‘Mareridt’ follows the track ‘Måneblôt‘, which washes over you with a surge of raw, almost primal black metal, coated in a lo fi production. The track turns into a trademark Myrkur song: it combines and alternates between her clear, clean voice and razor sharp screams. More than on the other records, Myrkur uses traditional instruments on Mareridt, giving especially this song a folky vibe. 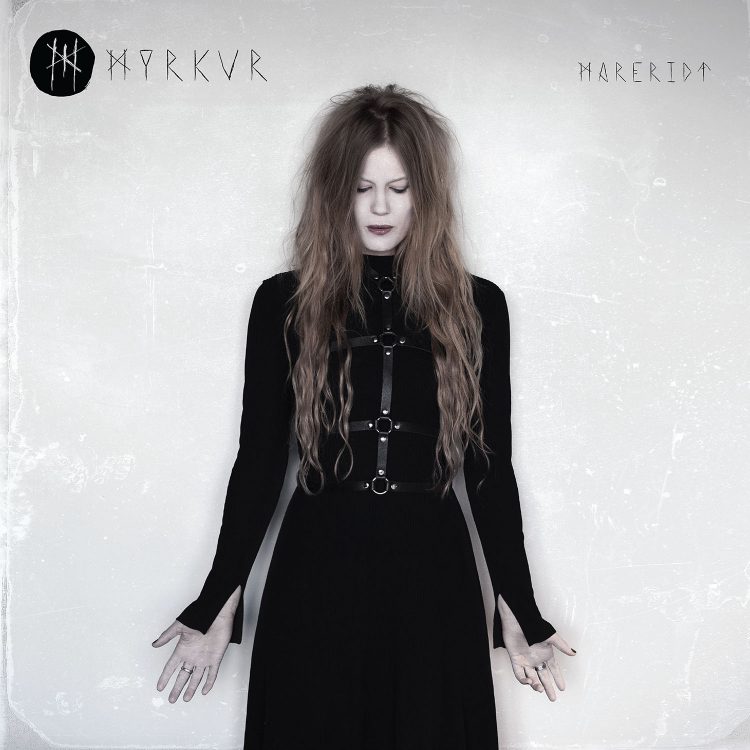 On the mid section of the record you’ll hear more experimentation. Vocal effects are heavily used on ‘The Serpent‘, combined with almost stoner metal like, drenching riffs and drums and electronic influences. It is probably literally the heaviest work of Myrkur yet, pushing herself well beyond the borders of the genre. ‘Crown‘ continues that tendency, albeit in a different direction. The vocals and the atmosphere almost have a Florence and the Machine-like feel, just a couple of shades darker. It clearly gives something away of Bruun’s background as a folk/indie artist. ‘Funeral‘ features a contribution the famous alternative singer Chelsea Wolfe. Perhaps partly due her contributions, it is the most experimental track of Mareridt. The focus lies on a more nightmarish background and the voices of these two women.

Alongside with ‘Mareridt’, the song ‘Ulvinde‘ is one of my personal favorites. The start reminds a bit of Loreena Mckennit’s ‘The Mystic’s Dream‘ until a wall of distorted riffs intercedes. To me, ‘Ulvinde‘ embodies what Myrkur musically stands for: a well balanced mixture between folk elements, beautiful music and on the other side cold, aggressive black metal.

Whereas Myrkur’s debut record M did not directly blow me away, the more does Mareridt. With M, Bruun carved a spot for herself in black metal with a unique style that combines raw black metal with her pure voice that is not so common in to hear in the genre (and loathed for that by many). Mareridt reconfirms and defends that spot with a vigor and simultaneously shows her growth: stepping outside of the (metal) comfort zone and successfully measuring herself with some of the biggest female artists in alternative music.

The one complaint I could have against Mareridt is that the aggression could be turned up a notch, but in the end that is a personal preference. I for one am glad that Myrkur did not succumb to the (undeserved) crap she’s had to deal with and I am looking forward to hear the new material on tour this winter.