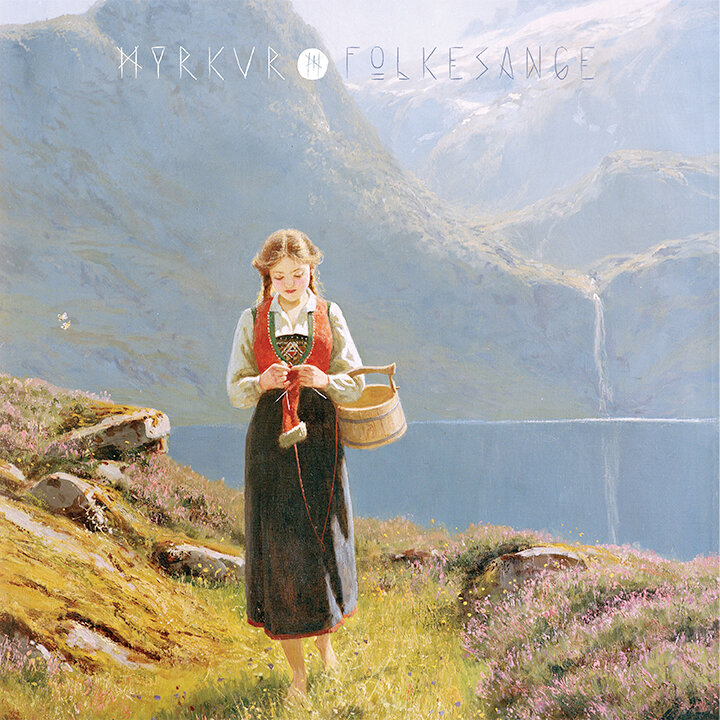 After a short personal break, much discussed (black) metal artist Myrkur has returned with a new full-length. Different from her previous works, on ‘Folkesange’ one will only hear interpretations of traditional Nordic folk songs and conventional instruments.

While some would argue differently, releasing such a record is not a far fetched move of the Danish singer for various reasons. Fans who’ve listened to Myrkur’s previous efforts know she has covered folk songs before (“De Tre Piker”, “Byssan lull”) and when one closely listens to ‘Mareridt’, you can clearly hear the folk influences seeping through. Also, Myrkur has been touring with the Nordic folk set for a couple of years now.

Having seen this stripped show in a beautiful church at Eurosonic in the Netherlands some years ago and knowing Myrkur’s vocals can be highlighted on these types of songs, I was genuinely eager to hear this album.

‘Folkesange’ turned out to be a diverse collection of songs. I’ve heard “Ramund” (the old Danish folk song) performed by another folk band, bristling, dance worthy energy, while this rendition focuses on the vocals telling the story and with minimal backing of instruments. Previously released song “Ella” emphasizes the wide range of Myrkur’s voice and builds a dark, dense atmosphere. As far as impressive vocals go, one should not skip “Tor i Helheim”, where the singer starts off this lovely tune with a sublimely demonstrated traditional herding call (‘Kulning’) (which you can also hear on “Mareridt”).

In contrast to the minimal, dark folk songs, a couple of songs are lighter, with upbeat, faster rhythms produced by a variety of folk instruments. “Fager en som ros” (Fair As A Rose) is a sweeping, buoyant song, with playful vocals. The melodies and the story of “House Carpenter” (a personal favorite) are incredibly catchy and will lure you into the song immediately and won’t let you go until you’ve heard the full tale.

One could say that the duality that Myrkur has always emphasized is also present on “Folkesange”. On the one hand, the record conveys a certain brightness with beautiful arrangements, sweeping melodies and Bruun’s crystal clear vocals. It conjures up images of spring, with green forests and meadows slowly starting to bloom after a cold winter. Yet the darker tunes remind you of the whims of this season. ‘Folkesange’ is a herald of spring.

Ultimately, if the released singles of this record haven’t tickled your fancy, it’s probably better to skip this album. If these songs do appeal to you, be sure to listen to ‘Folkesange’. It is a beautiful, well executed collection of songs that I can wholeheartedly recommend to any folk or Myrkur fan.