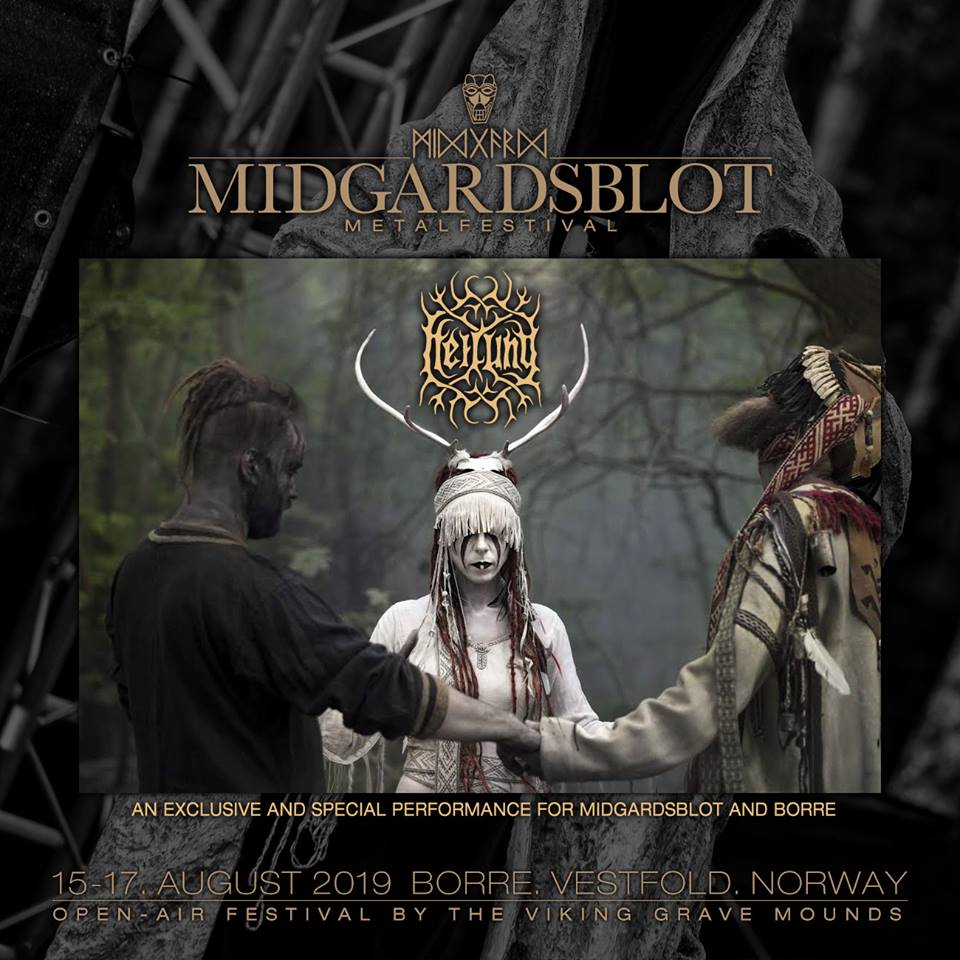 Norwegian festival Midgardsblot has grown into a big festival and expects 8000 visitors over three days in 2019. There is a huge interest in festival passes, and Midgardsblot has already sold more than 1000 passes in just under three weeks.

This unique festival, which celebrates its fifth anniversary in 2019, has managed to merge metal, folk music and electronica with academic seminars, amazing nature experiences and academic seminars. There is actually no other festival like this in the world.

Midgardsblot is one of the country’s leading exporters of Norwegian music, history and culture, with the fact that 70% of our visitors are from abroad. There is also a great foreign press coverage of Midgardsblot, and this year, even Vice magazine / Noisey came to Borre. To the first band out 2019, lets just say; WELCOME HOME.

As a completely unknown band Heilung headlined Midgardsblot in 2017, and Metal Hammer UK named the bands concert at our festival as one of the top ten concerts in Europe 2017. Since then, the band has been the talk of music-Europe, and has been booked by all major festivals. But seeing them at Midgardsblot, with the festivals intimate and powerful historical setting, this becomes something very special. An entire audience wondered what had really happened after the concert last year. Next year you can experience it yourself.

Heilung plugs an amplifier in our history and makes it vibrant, relevant and infinitely beautiful. If there is ONE thing you should do for next year, it is to secure a ticket to Heilung at Midgardsblot 2019!