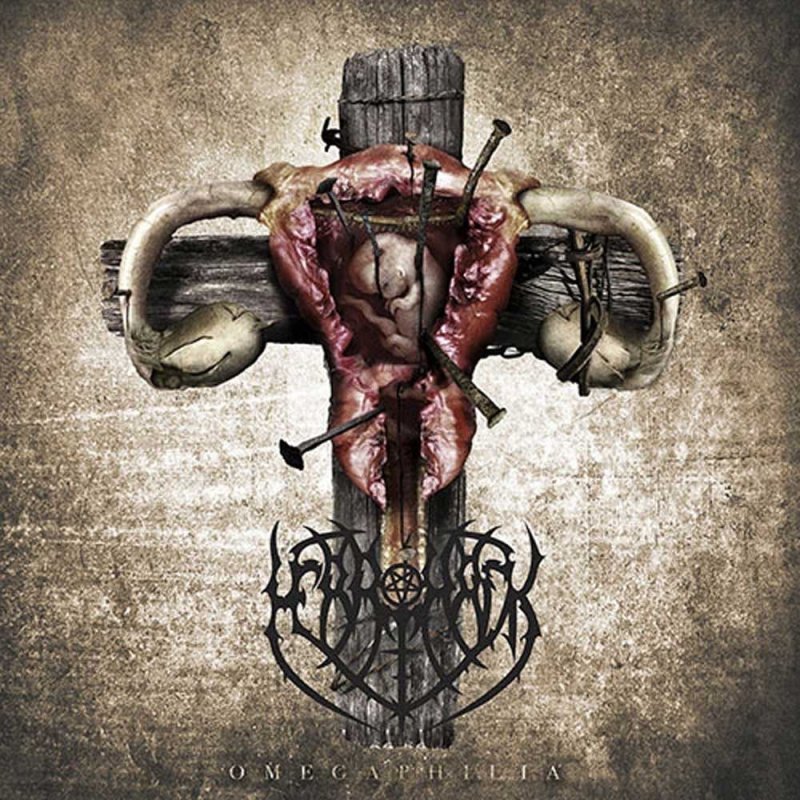 French black metallers Merrimack released their latest on the 9th of June 2017, ‘Omegaphilia’. Although not much new is brought with this release, I count it as one of the better releases of 2017 thusfar.

As Omegaphilia (Season of Mist – Underground Activists) kicks off with a tribal rhythmic initiation on ‘Cauterizing Cosmos’, this French (Parisian) quintet leaves no doubt with regards to their business: An unstoppable train of purely blackened riffs and pummeling, delivered in very well written and diverse music. As we have seen this before, many times over, keeping one’s ear nowadays at this genre has become quite the art. This art Merrimack seem to have mastered on a grand scale.

The vocals of Vestal are brought very raw, without much reverb or effects. The style is more or less summarized by ‘the Finnish scream’, and the words are mostly discernible. What stands out most however, are the heavy-as-fuck riffs by Pervisifier and A.K. (try Gutters of Pain), which also alternate in solos and lead rhythms. Some bands may try to paint a pretty picture of hell and torture, Merrimack actually creates their very own soundscape of hell and hand delivers you to Satan to have his way with you.

A bit of rest is granted on the opening of ‘Sights in the Abysmal Lure’, which lowers the pace initially to build a dragging, hopeless atmosphere before tumbling down said abyss in a conflagration of screams, controlled yet destructive riffs and relentless blast-beats.

The opening riff on ‘Cesspool Coronation’ I would count the albums’ best, as it so wonderfully bridges the initial discordant, hateful vocals to the rest of more measured structure of the song. The riff is a returning theme in the song and heralds sections of more (multi voiced, likewise discordant, in an almost mathematical way) vocal sections, ending in a French spoken lyrical part. This song stands above the rest of the album, which is a laudable feat given high standard this album bears.

Merrimack uses many different influences and style elements besides the brutal riffing and blasting (think: chanting, spoken words, orchestral sections). At times, this makes Omegaphilia seem a bit eclectic without context. But then, without access to all their lyrics, this seems a minor detail that would inspire re-listening upon getting the lyrics.

2017 has brought quite a few releases thusfar that have a huge load of quality in musicianship and songwriting, to compensate for the fact that it’s getting harder and harder to evolve and still come up with something new. Releases like Obsidian Arc (Pillorian), Devoid of Light (UADA) I count among this, and now Omegaphilia can be added. Not so much new, yet still a jewel for 2017’s collection of releases.