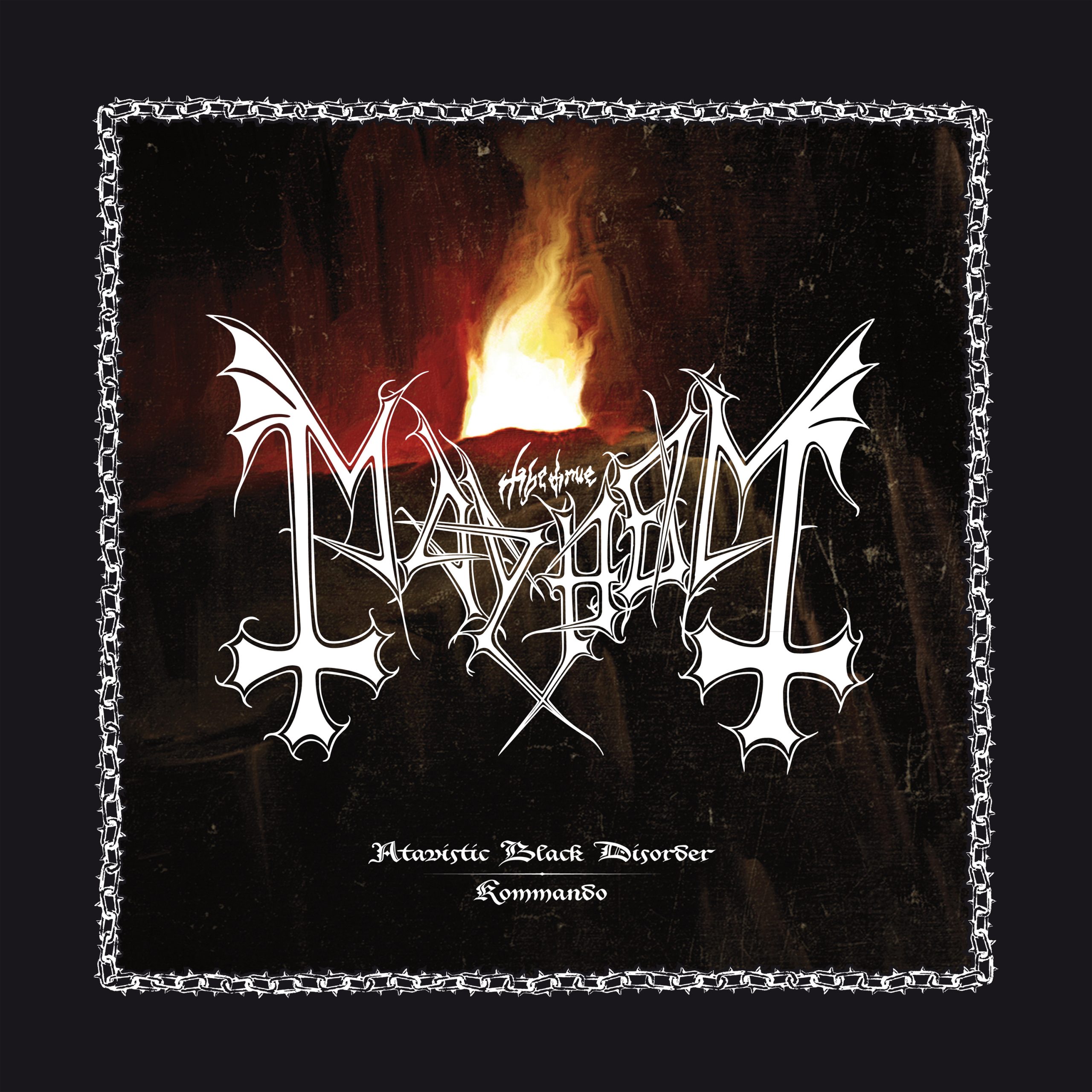 I am not a huge fan of Mayhem. Ok, they made some great albums and EP’s such as “Deathcrush”, “De Mysteriis Dom Sathanas”, which despite the fact that it is a superb album I lovingly call it De Mysterien Rondom Mijn Anus (translation from Dutch: the Mysteries Around My Anus), “Wolf’s Lair Abyss” and “Grand Declaration of War” aren’t the albums which defined my taste in Black Metal. They simply are great, that’s it.

Doesn’t mean that Mayhem isn’t/wasn’t relevant though. With their latest “Daemon” album they managed to surprise friend and foe with a solid album. But helas, somehow I’ve missed it. Ok, I’ve heard some snippets. But from reasons out of my explanation this release seemed to have slipped from my attention. May(hem)be it’s the fact that here’s so much more offered nowadays that I don’t get a proper chance to listen to it. Sorry guys. But now I’ve managed to get a digital copy of their latest EP called “Atavastic Black Disorder / Kommando” featuring additional material from the “Daemon” sessions as well as a homage to some great punk bands.

Blimey, the songs “Voces Ab Alta”, “Black Glass Communion” and “Everlasting Dying Flame” are thrilling and great old school Black Metal tracks. It goes back to the roots of De Mysteriies and have tension, darkness and are really cool to listen too. It seems that the candle is burning fiercely again bringing back the good old days were Mayhem ruled together with other Skandinavian acts. These songs are so well crafted it makes me curious about their latest full length so that’s a big plus.

Unfortunately the additional tracks are nothing out of the ordinary. I must admit: great punk bands and the songs are very well executed simply doesn’t add anything to the originals and discography of Mayhem. It can be regarded as a homage to the bands they are covering. And I must tell you…the Dead Kennedys cover is really cool because Attila shows how diverse and powerful his throat really is. Besides that I think it is a brave thing that Mayhem covers songs which probably have paved the way listening and making extreme music for one or more members of this outfit.

I am not going to give a score. If you like Mayhem and especially “Daemon” the new tracks are definitely worth buying. All in all, the covers are executed very well and although do not add anything extraordinary in Mayhem‘s discography are a nice thing to have if you are a fan of this cult band. But for me, especially the new released own tracks make my clock tick, and that is a surprising fact since I didn’t expect that this band’s EP, which I regarded as an extra, contained such great tracks. So if you’re a fan give it a go and enjoy this short yet fun ride from this cult bastards. If you are not, you can listen to it anyway and just might get the same surprised feeling as I have encountered.