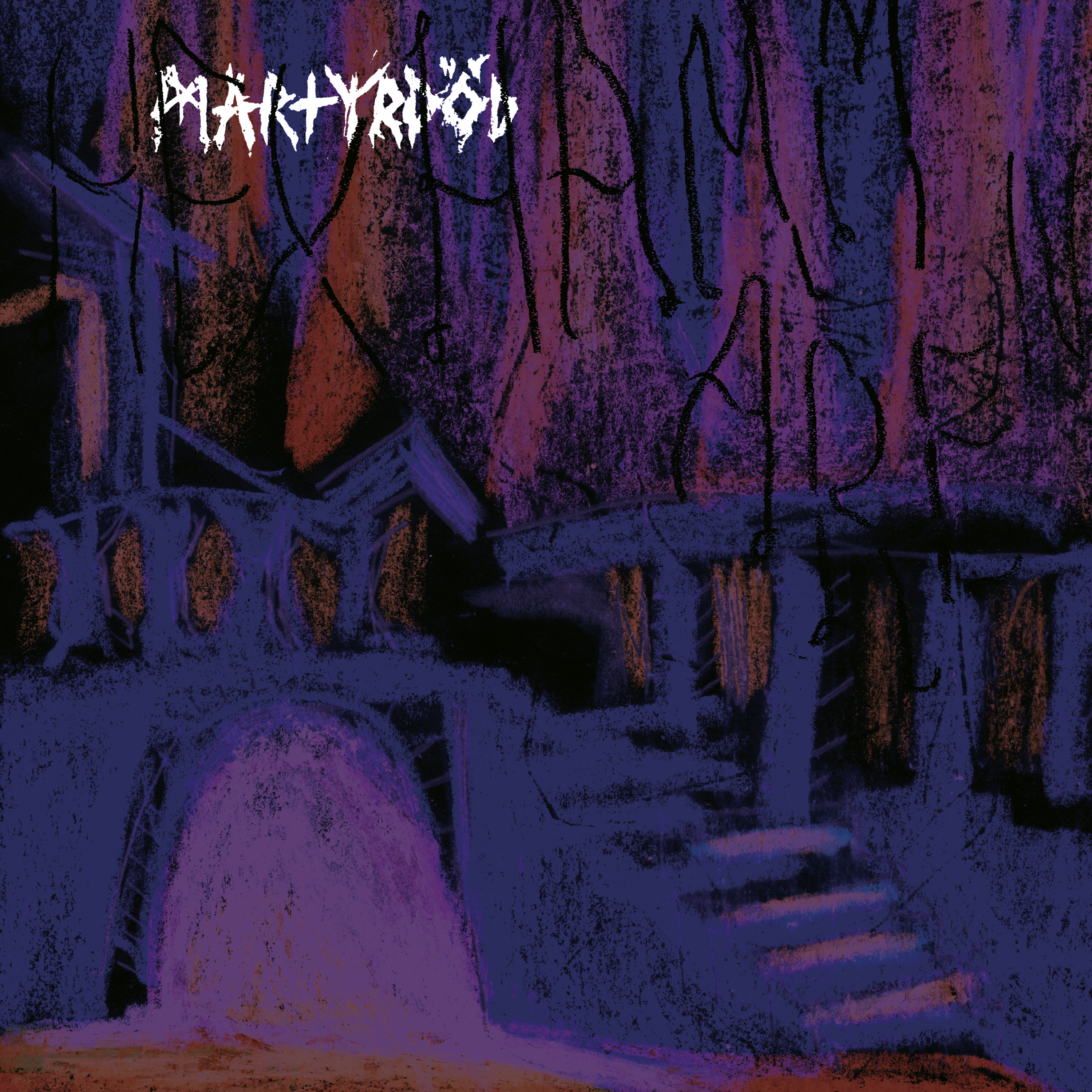 Take punk, hardcore, all kinds of metal including a pinch of black metal, put it in a blender, put the blender on for about three minutes and you have Martyrdød on your plate. This Swedish band is already spawning albums since their self-titled debut in 2003 and still is going strong. With their seventh offspring Hexhammaren another dose of aggression is being kicked between your teeth.

When title- and opener track Hexhammaren starts you immediately know what Martyrdød is all about: no nonsense aggressive in your face tracks accompanied with some melody. Guitarist and vocalist Mikael shouts, screams and grunts his way through this album which gives the whole a real punk attitude.

The overall sound is really heavy and has a great groove. Just listen to “In The Dead Of Night”, the title track and “Den Sista Striden”. All of them short furious tracks which are over sooner than you like to. Maybe that’s because the tracks are in general very short. However, if the songs were a tad longer the edge of this music would have been lost.

Is there something to comment? Yes, although it sounds great the songs do not always keep sticking in your head. Also the concoction of music styles it is lacking of a real original twist, except form the nice piano ending in “Sthlm Syndrom”. On top of that: the majority of the songs sound quite alike.

Does it hinder? Hell no! Hexhammaren is a fun album to listen to and is over sooner than you realise it. The sheer power and energy coming from this album is rewarding as a listener. I think Martyrdød will be a welcome addition live in a small venue or festival. Can’t wait to see if the energy coming from this album can also be traced during their live performances. So, if you are into some raw energy no-nonsense heavy tracks: check this one out. Meanwhile, let’s hope these guys will visit a venue or festival nearby soon…..