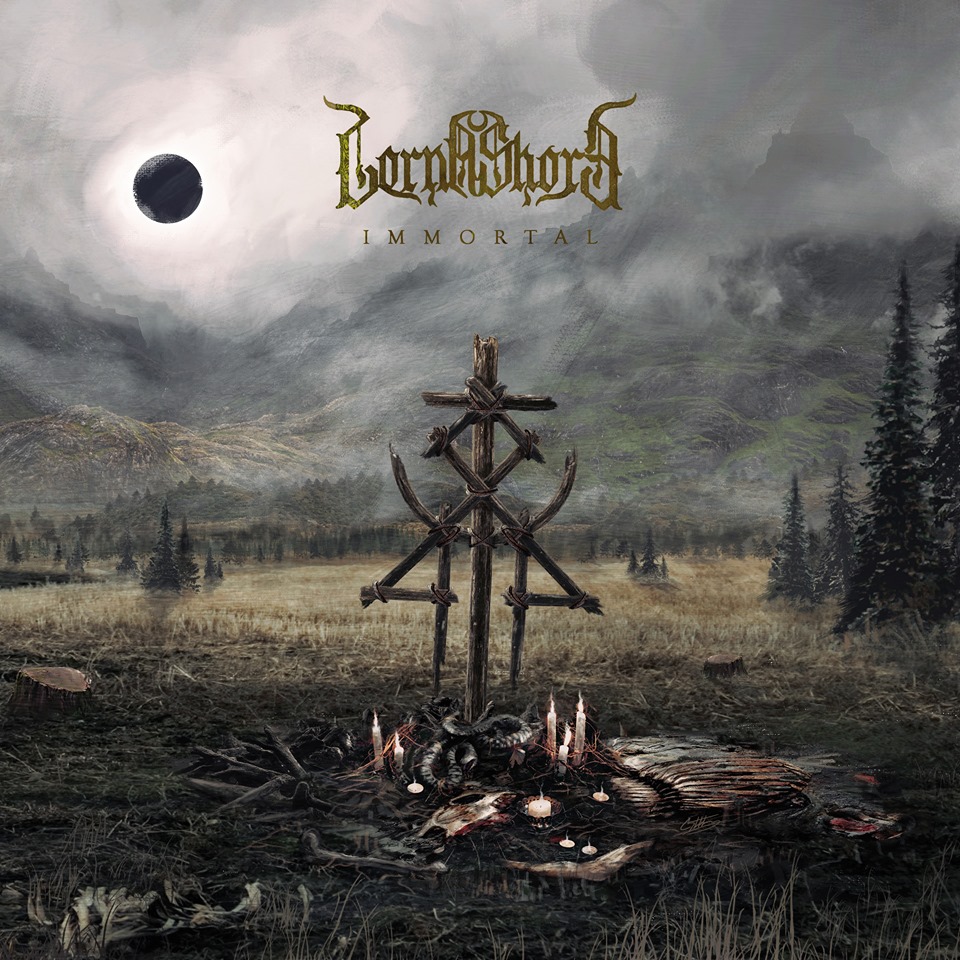 When reading the biography and some reviews of Lorna Shore people mention Deathcore. Well I see things differently. The band probably has its roots in the genre but when listening to their latest album “Immortal” I detect a lot of other genres. Ok, I can trace some elements but for me it concerns a hybrid form of technical Death Metal combined with epic grandeur on their latest spawn. Take the theatrical keyboards and choirs of the latest albums of Dimmu Borgir and blend it with Death Metal and you might have some idea of what this band is all about. In vein of Fleshgod Apocalypse and other quality bands Lorna Shore is a force to be reckoned with. And with quality song-writing, great technical riffs, solo’s, hooks and breaks and an epic score they manage to make “Immortal” an interesting and very powerful album.

Opener and title track “Immortal” manages to make a strong impression where aggressivity meets atmosphere. The throat CJ McCreery is spot on and diverse. Grunting, growling and screaming his lungs out on the precisely executed blast beasts of drum-monster Austin Archey. Together with great guitar riffs it is a spot on and very strong opener. Second coming “Death Portrait” is aided with sublime keys and choir and manages to give a gloomy yet aggressive punch in the face.
“This Is Hell”, “Warpath Of Disease” and “King Ov Deception” remind me a lot of Dimmu Borgir. Just listen to the melodic guitar parts. This efference does not hinder one bit since it is performed in superb manner.
“Misery System” starts with a dark intro before bursting in flames with hooks and breaks while “Obsession” has melodic guitar parts which are mesmerising till the end.
“Darkest Spawn”, as in the name, is a mark of pure dark power where the throat of McCreery is quite overwhelming.
It all ends with “Relentless Torment” which is epic to the bone and has a guitar riff at the end of the song which sends shivers through my spine.

No fillers can be found here. Every track is a gem to be treasured. And with excellent production these truly enjoyable songs “Immortal” prove to be another great release from the Century Media stable. If you are into the above mentioned bands and like epic, powerful, technical metal you won’t regret lending an ear and listening this record. Normally this is not my cup of tea but when I listen to this record I am willing to make a more then deserved exception. And that says something!