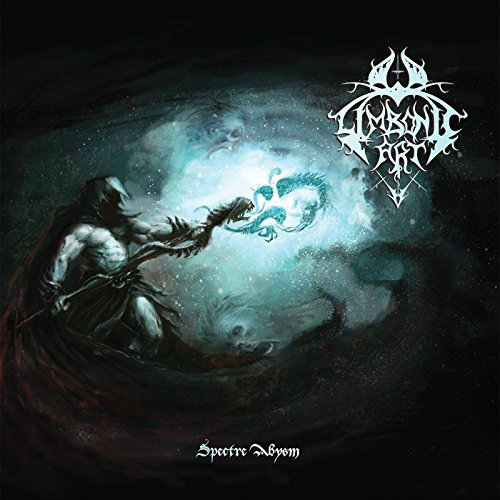 The discography of Norwegian symphonic black metal formation Limbonic Art contains a couple of records that any fan of the genre should know and have: starting from Moon in the Scorpio (1996) to Ad Noctum – Dynasty of Death (1999). After Legacy Of Evil (2007), one of the main members of the band, Morfeus, left, transforming Limbonic Art into Daemon’s one-man act. What followed was Phantasmagoria (2010), on which the music was stripped bare of one of its most important musical elements: symphonics. What remained of Limbonic Art’s legacy was, sadly enough, a13 in a dozen record.

Skipping ahead seven years: Spectre Abysm was released on July 7, 2017 and as is with all bands that release new material after having written iconic albums, the following question pops up: how will the new record hold up against the classics (and perhaps in this specific case: how much of an improvement will it be compared to the predecessor)?

Opener ‘Demonic Resurrection‘, heralds the return of the key-driven atmosphere. As the listener will find out while spinning the record, it is not a return in full, blazing glory, but the start cannot be denied. The blistering riffs and raspy growls create an authentic black metal atmosphere and together with the (unfortunately produced by a drum machine) blast beats, it will give you the idea that a hell hound is set loose on your trail.

Spectre Abysm, from ‘Ethereal Traveller‘, to ‘Triumph of Sacrilege‘, contains straightforward, solid black metal tracks. Aggressive, with cold Norwegian riffage and with enough variety. Yet the production is too riff-focused and together with the muffled drum sound, the soundscapes are literally pushed to the background, giving the music somewhat of a mundane feeling. Nevertheless, it’s not all doom and gloom: ‘Ethereal Traveller‘ has a couple of neat guitar lines and Daemon’s vocals are nothing short of hellish (take for example ‘Omega Doom‘ and ‘Disciplina Arcani‘).

Album closer ‘Through the Vast Profundity Obscure‘ is a definite highlight. A vast, inescapable wall of guitar sound comes at you, after an intro with ritualistic drums. Where on previous tracks, the riffs created a monotone atmosphere, on this song, the layers of guitar melodies actually create the depth, combined with the alternation in vocal styles.

All in all: if you’d turn a blind eye to Limbonic Art’s legacy, Spectre Abysm could go for pretty solid black metal album. The problem is that we’ve all heard what has been produced before (admit it, we’ve been spoiled with the first Limbonic Art records) and even if this album is a step up from Phantasmagoria, it is still eons away from the aforementioned material. Spectre Abysm is a decent try. No more, no less.